Data from the so-called black box from Tiger Woods’s SUV is being looked at by detectives to get a clearer picture of what caused the crash in which the golf star was seriously injured last week.

The Los Angeles County Sheriff’s Department said traffic investigators executed a search warrant on Monday to retrieve the data from the Genesis SUV.

No information regarding what was found in the black box has been revealed, Deputy Trina Schrader said in a statement. 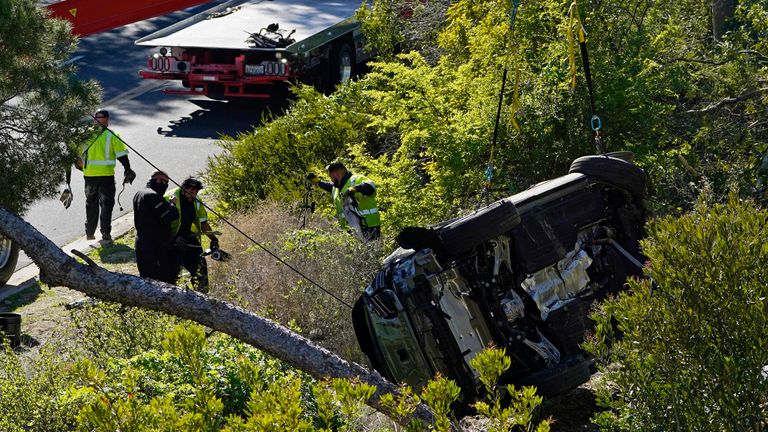 The 2021 Hyundai GV80 is likely to have a newer version of event data recorders nicknamed “black boxes” after more sophisticated recorders in airplanes.

Woods suffered serious leg injuries when the car he was driving went off a Los Angeles County road and rolled over on a downhill stretch known for crashes.

Sheriff Alex Villanueva said Woods was not drunk and was driving alone in good weather when the SUV hit a raised median, went across oncoming lanes and rolled several times.

The golf star injured his right leg in the accident and required surgery.