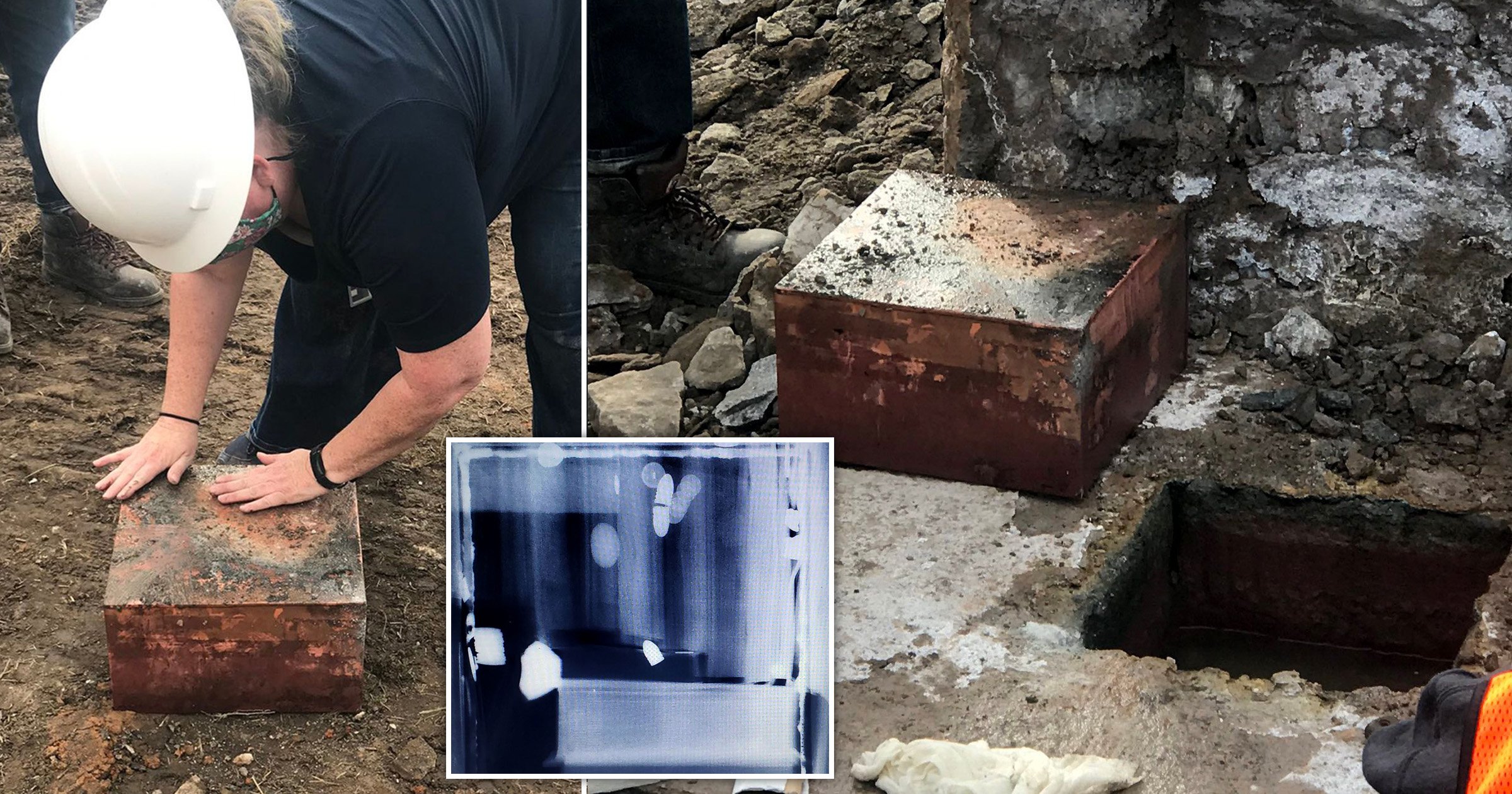 The time capsule buried at an upended monument of Confederate General Robert E Lee over 130 years ago was dug up this week in Richmond, Virginia after crews searching for the treasure found a different box earlier this month.

The 36-pound discovery was uncovered in a pool of water Monday, but its contents were in surprisingly good condition, the Washington Post reported. The time capsule was found in the northeast corner of the area where the confederate monument once stood, and was apparently buried in 1887, according to newspapers at the time.

Virginia Governor Ralph Northam shared photos of X-rays from inside the time capsule on Monday, sharing that it would be opened the following day.

‘X-rays give a first look inside the time capsule: Experts believe there may be coins, books, buttons, and even ammunition from the Civil War,’ he wrote.

A smaller time capsule had been found earlier this month and was opened last week, but turned out to be an unofficial memorial left behind by men who designed and built parts of the statue.

Conservator Kate Ridgway opened both capsules, telling reporters the second, larger box was ‘in much better shape than we expected. We thought everything would be soup and it’s not soup, so that’s great.’

The constitution and bylines of the Lee Camp for Confederate veterans was one of the first books to be removed from the time capsule. There are believed to be about 60 items contributed by members of the community to the time capsule.

It’s also believed that left in the time capsule was an extremely rare photograph of President Abraham Lincoln in his casket.

It wasn’t clear Tuesday whether the image existed, though another image printed in Harper’s Weekly in 1865 depicting a figure over Lincoln’s grave was uncovered.

Conservators cut off one side of the box in order to remove the tight mount of artifacts inside the box. They found a Masonic book, a small Bible with an 1883 dime stuck to the cover, a directory of Richmond merchants and manufactures and a Richmond city guide from 1881.

The statue of Lee was taken down in September, after Governor Northam condemned it as a racist symbol. While the statue was removed, its 40-foot granite pedestal was left behind, and later became covered in graffiti during protests against racial inequality in 2020.

The pedestal will be removed this month.