Michelle Fiscus, that state’s immunization leader, was only the latest state public health official to depart amid the pandemic. 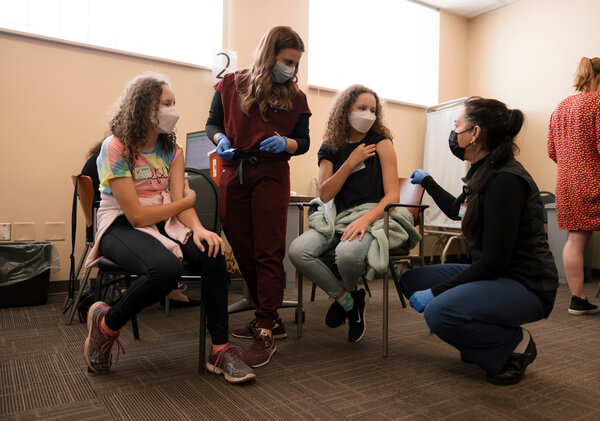 NASHVILLE — Across the country, public health officials have left their jobs, strained by a pandemic unlike anything they had confronted before, then tested further as the coronavirus and vaccines became entangled in politics and disinformation.

In Tennessee, the state’s top immunization official, Michelle Fiscus, said this week that she was forced from her job after writing a memo describing a 34-year-old legal doctrine that suggested that some teenagers might get vaccines without their parents’ permission. Dr. Fiscus’s memo came as conservative lawmakers in the state were lashing out at efforts by her agency to raise awareness of vaccines among teenagers.

One Republican lawmaker, Scott Cepicky, accused the agency of employing “peer pressure” to prod young people into getting immunized.

In a lengthy and searing statement describing her departure, Dr. Fiscus said that the actions of lawmakers have gravely endangered the public by undermining confidence in the vaccines even as virus cases are rising in Tennessee and as concerns about the Delta variant are emerging in parts of the country.

“I am not a political operative, I am a physician who was, until today, charged with protecting the people of Tennessee, including its children, against preventable diseases like Covid-19,” Dr. Fiscus wrote. Her firing was reported by The Tennessean.

Pride Parties and Protests Bring Excitement Back to N.Y.C. Streets

Should You Be Worried About Flying? What We Know About Air Travel During the Shutdown