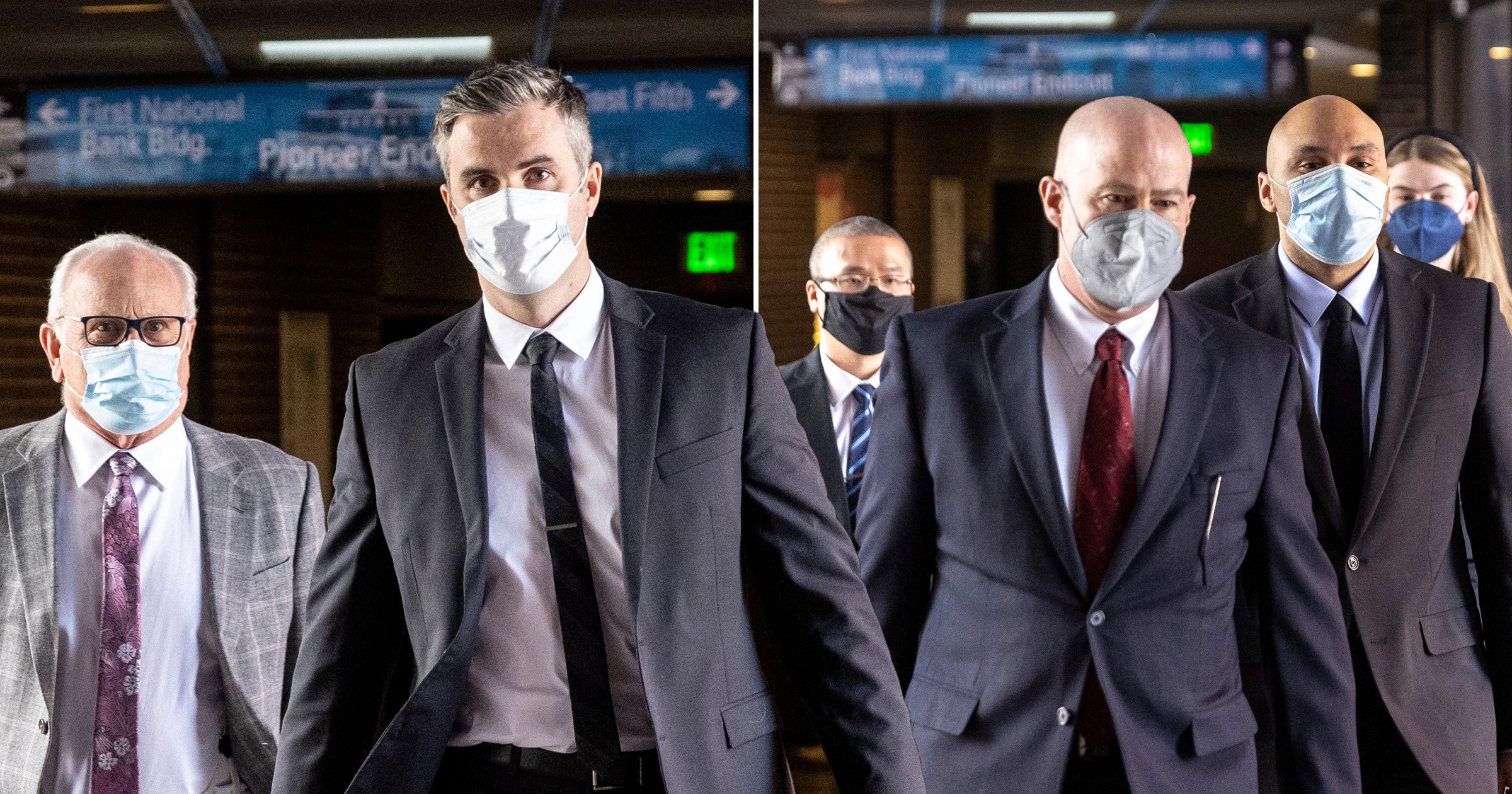 The federal trial of the three former Minneapolis police officers charged with violating George Floyd’s civil rights is experiencing a set back after one of the three defendants tested positive for Covid-19 on Wednesday.

District Judge Paul Magnuson said the court would remain in recess until Monday. While Magnuson did not share which of the three defendants has the coronavirus, only two of them — J. Alexander Kueng and Tou Thao — were present in the courtroom.

The third defendant, Thomas Lane, was not in the courtroom Wednesday, according to pool reporters. Lane’s attorney declined to say whether his client had COVID-19.

The trial for the three men began last week after a jury was quickly seated on January 20, with Magnuson including six alternatives instead of the usual two in case any had to drop out. The men are broadly being charged with depriving Floyd of his civil rights while acting under government authority and for failing to provide medical care. Thao and Kueng are also facing charges for failing to intervene and stop Chauvin.

The three officers were at the scene on May 25, 2020, when Chauvin pinned Floyd to the ground, and knelt on his neck for over 9 1/2 minutes. As Chauvin held him down, Floyd begged for his mother and grasped for air, telling the officers ‘I can’t breathe.’

Chauvin was convicted last year of murdering the black man, whose death sparked nation-wide protests against police brutality and racial injustice in America

Rebeccah Parks, a court spokesperson, told NBC News that the person who tested positive will be tested again before the trial resumes, as will anyone else that individual came in close contact with.

During opening statements prosecutors alleged that the three former police officers ignored their extensive training by doing nothing to save Floyd’s life.

‘For second after second, minute after minute, these three CPR-trained defendants stood or knelt next to officer Chauvin as he slowly killed George Floyd right in front of them,’ prosecutor Samantha Trepel said.

A defense attorney for one of the three men claimed Derek Chauvin called ‘all the shots’ during the attempted arrest that turned deadly.

Tom Plunkett, an attorney for Kueng, blamed the toxic culture of the Minneapolis Police Department, where the three men were told to refer to Chauvin, the senior officer, as ‘sir’ and were not encouraged to intervene when officers did something wrong.

Lane, Kueng and Thao face a separate state trial set to begin in June on charges accusing them of aided and abetted murder and manslaughter. All three have been free on bail since shortly after they were charged in June 2020.