The admission by the Biden Justice Department followed similar recent disclosures to The Washington Post and CNN. 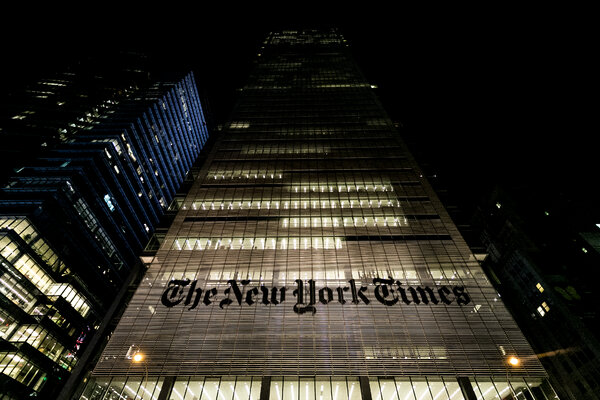 By Charlie Savage and Katie Benner

It was the latest in a series of revelations about the Trump administration secretly obtaining reporters’ communications records in an effort to uncover their sources. Last month, the Biden Justice Department disclosed Trump-era seizures of the phone logs of reporters who work for The Washington Post and the phone and email logs for a CNN reporter.

Dean Baquet, the executive editor of The Times, condemned the action by the Trump administration.

“Seizing the phone records of journalists profoundly undermines press freedom,” he said in a statement. “It threatens to silence the sources we depend on to provide the public with essential information about what the government is doing.”

Last month, after the disclosures about the seizures of communications records involving Post and CNN reporters, President Biden said he would not allow the department to take such a step during his administration, calling it “simply, simply wrong.”

Referring to that declaration, Mr. Baquet added: “President Biden has said this sort of interference with a free press will not be tolerated in his administration. We expect the Department of Justice to explain why this action was taken and what steps are being taken to make certain it does not happen again in the future.”

Anthony Coley, a Justice Department spokesman, said that law enforcement officials obtained the records in 2020, and added that “members of the news media have now been notified in every instance” of leak investigations from the 2019-2020 period in which their records were sought.

The department informed The Times that law enforcement officials had seized phone records from Jan. 14 to April 30, 2017, for four Times reporters: Matt Apuzzo, Adam Goldman, Eric Lichtblau and Michael S. Schmidt. The government also secured a court order to seize logs — but not contents — of their emails, it said, but “no records were obtained.”