Donald Trump has blasted “angry mobs” trying to tear down statues as he claimed protesters are attempting to “wipe out” US history in a speech to mark America’s Independence Day.

The US president addressed more than 7,000 supporters at Mount Rushmore in South Dakota, with most of the crowd not wearing face masks or social distancing despite a spike in coronavirus cases in the country.

Following weeks of protests sparked by the death of George Floyd in police custody, Mr Trump criticised demonstrators who have destroyed or damaged monuments of Confederate leaders and other historical figures. 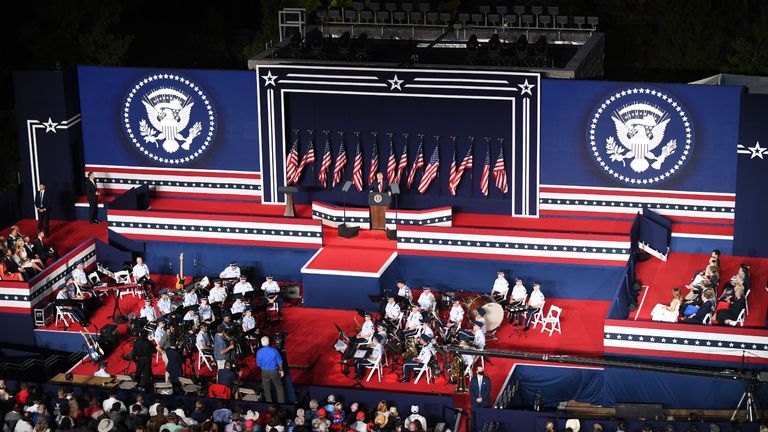 “Our nation is witnessing a merciless campaign to wipe out our history, defame our history, erase our values and indoctrinate our children,” he said.

“Angry mobs are trying to tear down statues of our founders, deface our most sacred memorials and unleash a wave of violent crime in our cities.

The president claimed there was a “new far-left fascism that demands absolute allegiance” in schools, newsrooms and corporate boardrooms. 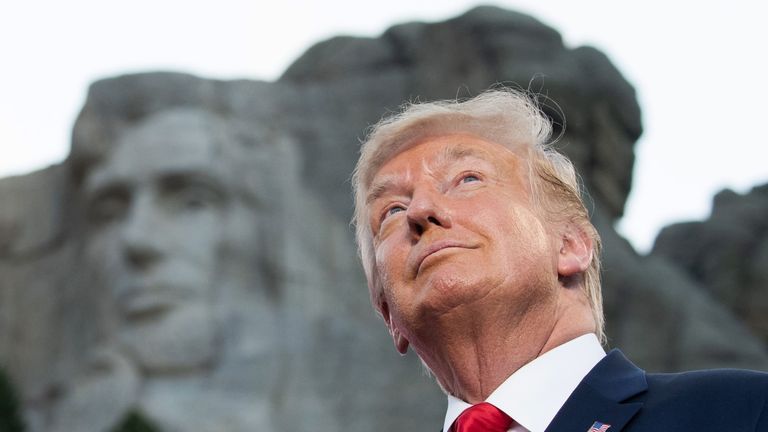 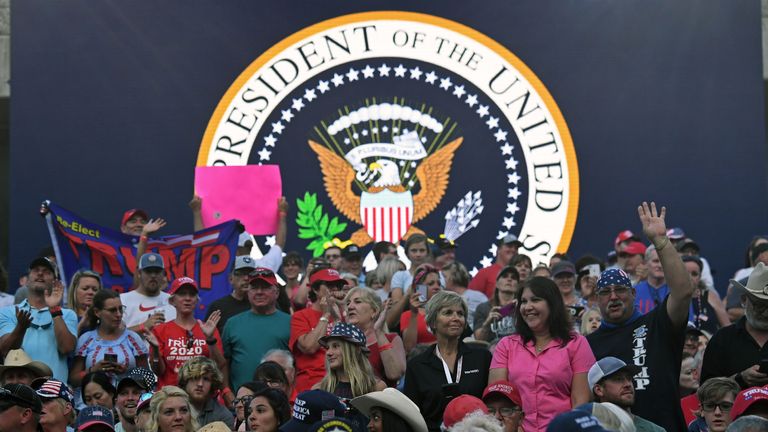 “Make no mistake: this left-wing cultural revolution is designed to overthrow the American revolution,” he said.

“Our children are taught in school to hate their own country and believe that the men and women who built it were not heroes but were villains.

“The radical view of American history is a web of lies.”

The president announced he was signing an executive order to establish a “National Garden of American Heroes”, a vast outdoor park that will feature the statues of the “greatest Americans to ever live”.

He also criticised “cancel culture” – which he claimed was “driving people from their jobs, shaming dissenters, and demanding total submission from anyone who disagrees” – and branded it “the very definition of totalitarianism”.

“This attack on our liberty… must be stopped and it will be stopped very quickly,” he said. 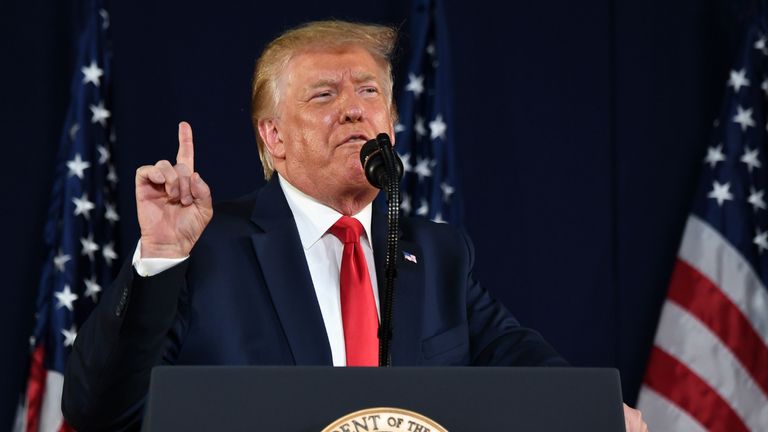 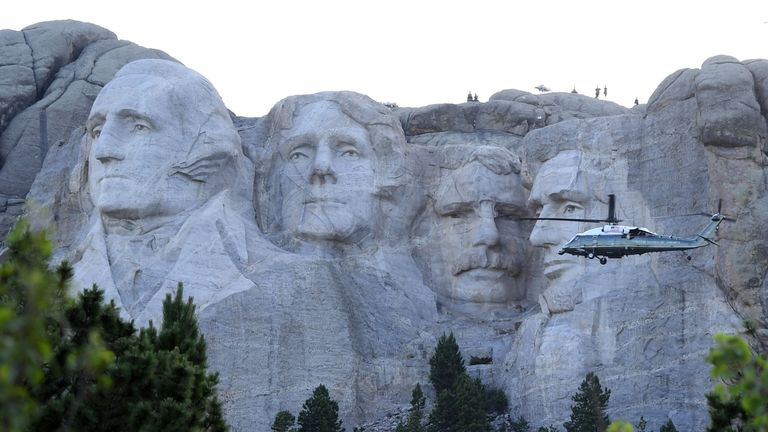 After people around the world have knelt in a show of support for the Black Lives Matter movement, Mr Trump said “we only kneel to almighty God”.

Shortly before Mr Trump’s speech, it emerged the girlfriend of his son Donald Trump Jr had tested positive for COVID-19.

Kimberly Guilfoyle, a senior Trump campaign official, was immediately isolated, according to Sergio Gor, chief of staff to the Trump campaign’s finance committee.

He said Ms Guilfoyle will be re-tested to confirm the diagnosis because she was not showing any symptoms of COVID-19.

Mr Trump Jr tested negative for coronavirus but is self-isolating as a precaution, Mr Gor added.

The event in South Dakota drew an estimated 7,500 people in a tightly-packed amphitheatre beneath the famous landmark that depicts the images of US presidents; George Washington, Thomas Jefferson, Theodore Roosevelt and Abraham Lincoln. 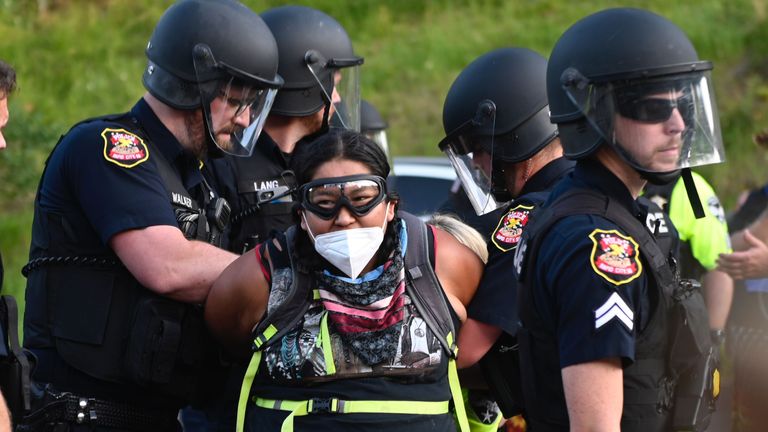 Hours before Mr Trump arrived, protesters blocked a road leading to the monument and about 15 were arrested after missing a police-imposed deadline to leave.

The president has held three public events that have drawn thousands of supporters over the past three weeks, despite warnings from public health officials who have urged Americans to avoid large gatherings as the COVID-19 pandemic continues to ravage the country.

South Korea's Moon replaces some aides amid falling ratings
We and our partners use cookies on this site to improve our service, perform analytics, personalize advertising, measure advertising performance, and remember website preferences.Ok