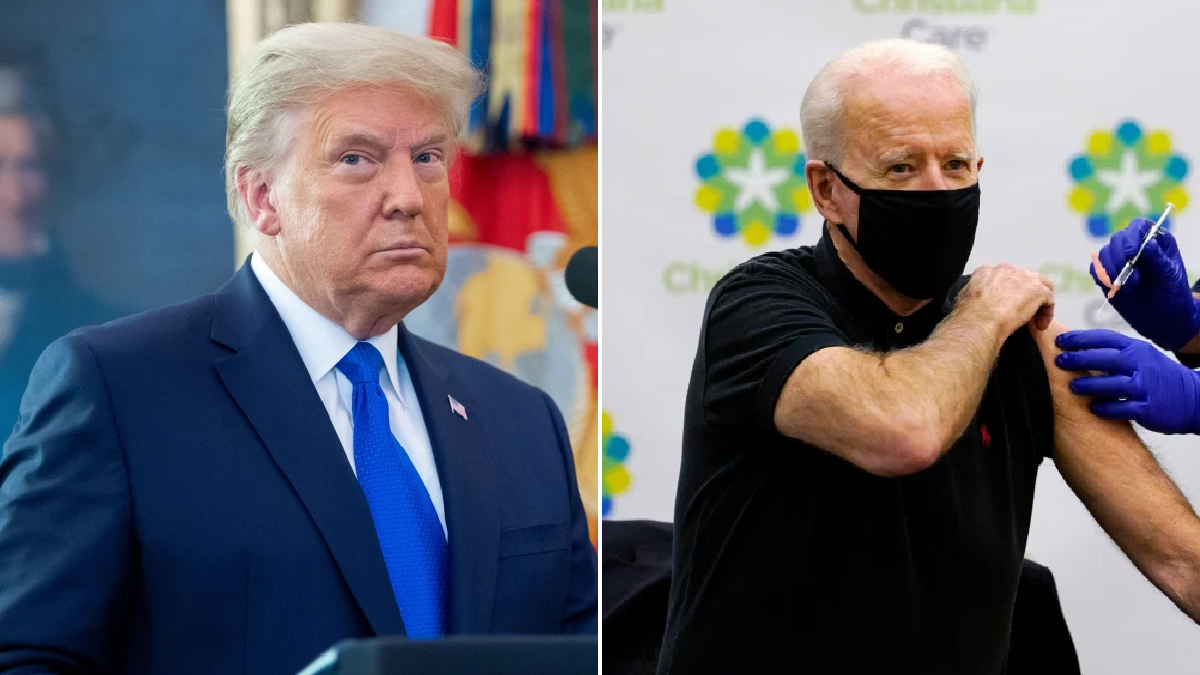 Donald Trump branded Joe Biden ‘mentally gone’ after his replacement appeared to forget that he’d had a Covid vaccine while attacking Trump. The former president attacked Biden for claiming Covid vaccines were not rolled out until after he began his term on January 20 – even though Biden himself received his first Pfizer vaccine dose on December 21 2020.

Trump told Newsmax: ‘We were giving millions of shots, millions of doses. So (Biden) was either not telling the truth or he’s mentally gone. One or the other. Joe Biden’s being killed on that thing. Even the haters said, well wait a minute, this vaccine was announced long before.’

Trump said: ‘He made the statement that we had no vaccine. Literally, quote, we had no vaccine….I believe he got the shot long before January 20. He is getting lit up on that one. Even the bad ones. Even the ones that aren’t exactly fans, they were saying that was a bad statement.’

The former president was referring to a CNN town hall held Tuesday night, when Biden said: ‘It’s one thing to have the vaccine – which we didn’t have when we came into office – but a vaccinator: How do you get the vaccine into someone’s arm?’

Approved Covid vaccines were first administered in the US in December 2020, a month before Biden came into office. The 46th president himself had the Pfizer vaccine, and beamed for the camera while being given the shot. He received his second dose on January 11, nine days before he was inaugurated.

Trump then rang into Newsmax – a right-wing competitor to Fox – later in the evening for a chat.

His approach to the Covid crisis is widely believed to have cost Trump victory in the November 2020 election against Biden.

Around 57.4 million Covid vaccine doses have been administered, sparking hopes that an end to the pandemic may finally be in sight.

‘She Was Like You and Me’: A Death and Life in the Bronx Opioid Crisis

Roberta McCain, Mother of the Senator and His Beacon, Dies at 108