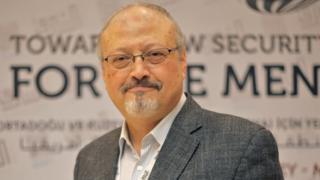 US President Donald Trump has said that the CIA did not blame Saudi Crown Prince Mohammed bin Salman for ordering the murder of journalist Jamal Khashoggi.

Khashoggi was murdered on 2 October in the Saudi consulate in Istanbul.

Officials told US media such an operation would have needed the prince’s approval.

“They didn’t conclude,” Mr Trump said when asked about the CIA’s evaluation by reporters at Mar-a-Lago in Florida.

“They did not come to a conclusion. They have feelings certain ways. I have the report, they have not concluded, I don’t know if anyone’s going to be able to conclude the crown prince did it.”

Sources quoted in the US media at the time stressed that there was no single piece of evidence linking the crown prince directly to the murder, but officials believed the killing would have required his endorsement.

Saudi Arabia called the claim false and insisted that the crown prince knew nothing about plans for the killing.

It says Khashoggi was killed as a result of a “rogue operation”.

However, the Hurriyet newspaper reported on Thursday that Ms Haspel told Turkish officials last month the CIA had a recording in which the crown prince gave instructions to “silence” the Saudi writer as soon as possible.

When asked about the claims by reporters, President Trump said: “I don’t want to talk about it. You’ll have to ask them.”

This will be his first official trip abroad since Khashoggi was killed.

President Trump has repeatedly stressed the importance of Saudi Arabia to the US following the killing.

Could populism ever take off in Canada?