It was billed as the “trial of the century” before Donald Trump’s impeachment proceedings began in the Senate this week.

But it appears some of the senators who will decide the US president’s fate have needed help to remain focused during the hearings.

Republican senator Richard Burr was spotted handing out fidget spinners to several of his colleagues in the chamber before Thursday’s proceedings got under way, according to NBC News. The small toys have been increasingly popular in recent years and are often promoted as a way to reduce anxiety and help users focus.

“I saw somebody grab up a few of them, so they must have some real anxiety going along with this,” said Republican senator Mike Braun.

The presence of the toys could be seen as a sign of some Republicans’ disdain for the Democratic presentation of their case against Mr Trump.

They may also be a violation of Senate rules which state that senators must sit silently and listen to arguments during an impeachment trial. 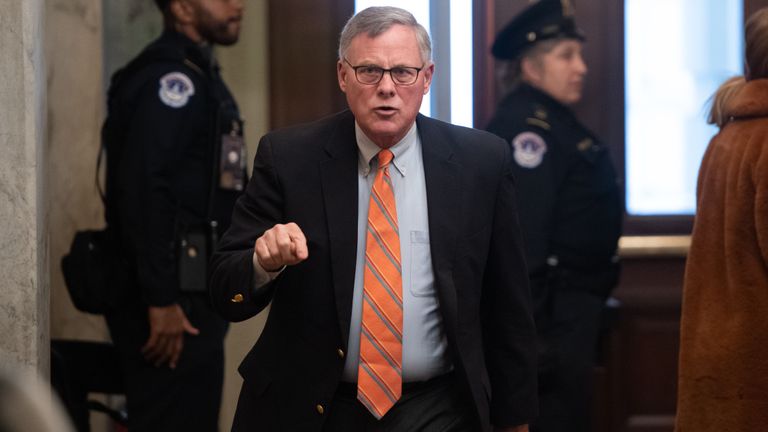 Republican senators Tom Cotton and Pat Toomey were also spotted with fidget spinners on their desks, although neither were seen playing with the toys.

Republican Rand Paul appeared to be either drawing or tracing a sketch of the US Capitol building, while senator Marsha Blackburn was seen reading a book and underlining a passage in it, NBC News said.

However, it would not be the first time during the first days of the trial that senators appeared to break those rules.

During Wednesday’s proceedings, some senators milled around during arguments by Democrat Adam Schiff.

Mr Paul was also reportedly spotted with a hidden crossword puzzle in his papers. There also appeared to be a Sudoku game on the page.

Others, however, paid close attention and took careful notes.

Each side in Mr Trump’s impeachment trial has up to three days to present its case.

After prosecutors finish their case – which is likely to be on Friday – the president’s lawyers will have as much as 24 hours to present their arguments.

The Senate is expected to take only Sunday off, pushing the impeachment trial into next week.

Trump: US agreed to delay hiking tariffs on some Chinese goods by two weeks