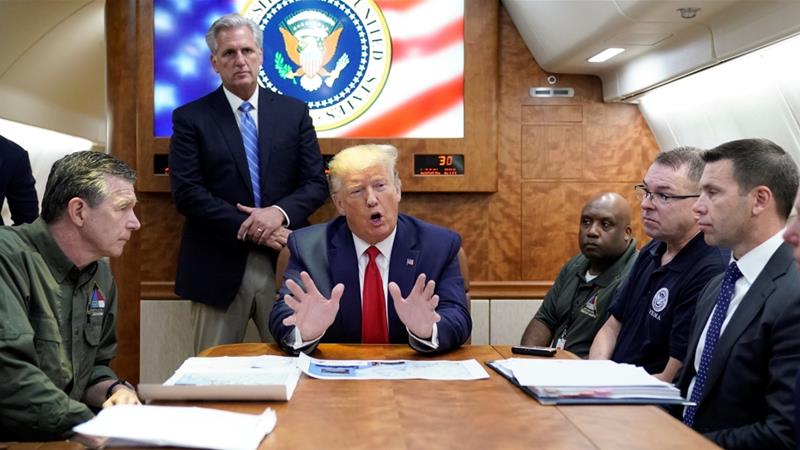 President Donald Trump said on Monday that some Bahamas evacuees seeking refuge in the wake of Hurricane Dorian were not welcome in the United States, despite the head of his own Customs and Border Patrol saying the humanitarian crisis calls for the US to extend emergency relief.

“Everybody needs totally proper documentation,” Trump said on the South Lawn of the White House on Monday.

Republican and Democratic legislators have asked the White House to clarify its policy as tens of thousands of people board ships and planes bound for the US.

On Monday, it was reported that emergency workers and volunteers from the US found five more bodies in the debris, with more expected to be recovered in the coming days. So far, 45 people are confirmed to have died.

According to the United Nations, at least 70,000 are in need of food and shelter.

Jasmin Turner-Dareus, a senator in the Bahamas, told Al Jazeera that the government was working to bring relief to tens of thousands of people who have been displaced.

Amid the disaster, Trump insisted that “large sections of the Bahamas were not hit. And we are not allowing those people from the sections that were not hit.”

Earlier in the afternoon on Monday, Trump’s acting Commissioner of Customs and Border Protection (CBP) Mark Morgan told reporters in a press briefing that the agency was processing entrants without documentation.

“This is a humanitarian mission, right?” Morgan said.

The confusion on the evacuees started on Sunday night when a group of more than 100 people from the Bahamas were blocked from boarding a ferry bound for Fort Lauderdale in the US state of Florida.

The US Customs and Border Protection said the decision was not theirs.

A spokesperson for CBP said the 103 Bahamians who were not allowed to travel did not have any kind of identification.

“If they didn’t have IDs, they would have to go to a very lengthy process,” the spokesperson said, adding that it was the decision of the boat company to remove some of the passengers.

Morgan, the CBP acting commissioner, said he had authorised the deployment of “an enormous amount of resources to Southern Florida” to receive people arriving from the Bahamas.

CBP is conducting its typical vetting process for entrants into the country, examining criminal records that might deem some individuals inadmissible, he added.

“Already we’ve received two cruise ships – thousands of folks that we have processed,” Morgan stated, referencing at least one ship carrying 1,400 people that was processed in a matter of hours.

Democrats and Republicans from Florida on Monday urged the administration to clear up the confusion. 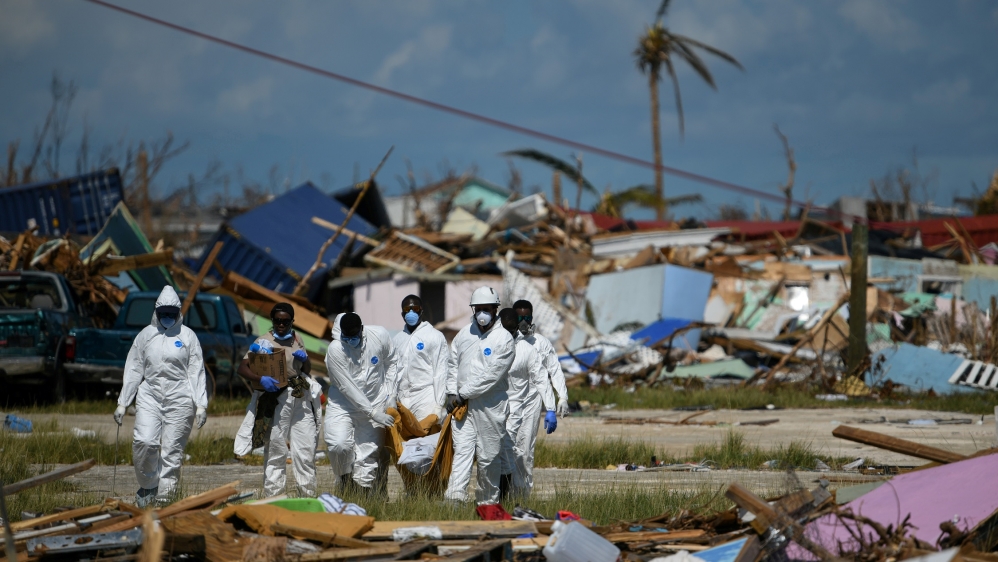 “We need to get to bottom of this as soon as possible,” said Donna Shalala, a Democrat representing the city of Miami.

“I do believe that turning away our Bahamian neighbours from temporarily entering the US after they have lost everything in Hurricane Dorian is unconscionable and goes against everything our country stands for.”

“As hundreds of thousands of Bahamians seek refuge or start to rebuild after Hurricane Dorian, we cannot have the kind of confusion that occurred last night in Freeport.”