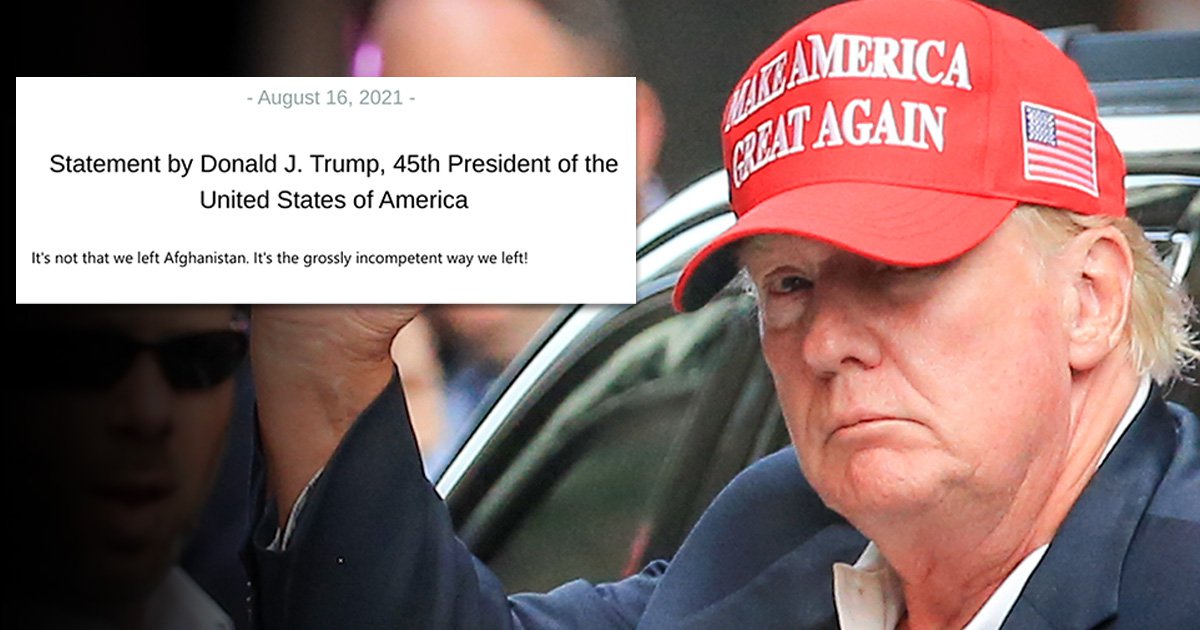 Former President Donald Trump called the US departure from Afghanistan ‘grossly incompetent’ after President Joe Biden pointed the finger at the Trump administration for the swift Taliban takeover.

‘It’s not that we left Afghanistan,’ Trump said in a statement on Monday afternoon. ‘It’s the grossly incompetent way we left!’

Speaking from the White House, Biden mentioned Trump by name, which he rarely does.

‘When I came into office, I inherited a deal that President Trump negotiated with the Taliban,’ Biden said. ‘Under his agreement, US forces would be out of Afghanistan by May 1, 2021, just a little over three months after I took office.’

Biden continued that US forces ‘had already drawn down during the Trump administration from roughly 15,500 American forces to 2,500 troops in country’. He added that the Taliban military had reached its strongest point since 2001.

Trump on Monday morning had already slammed his successor’s decision in April to begin pulling all American troops from Afghanistan.

‘The outcome in Afghanistan, including the withdrawal, would have been totally different if the Trump administration had been in charge,’ Trump said. ‘Who or what will Joe Biden surrender to next? Someone should ask him, if they can find him.’

US may cut some Moderna coronavirus vaccine doses in half to speed roll-out, official says

GP could face jail after embezzling more than £1.1m in less than two months
Asia