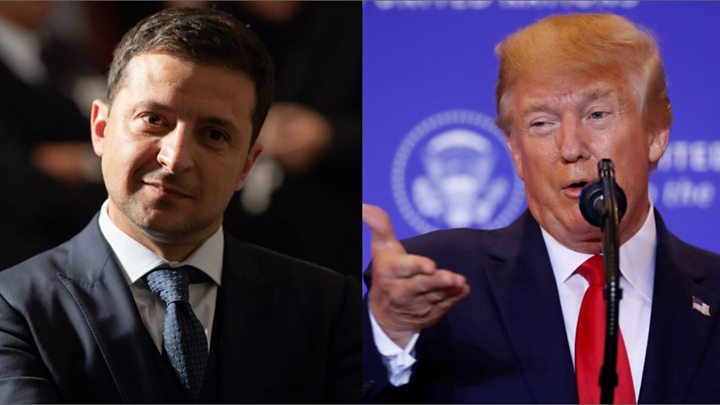 The whistleblower whose complaint has led to an impeachment inquiry against President Donald Trump is a CIA officer, US media report.

The unnamed officer once worked at the White House, several US outlets said.

The whistleblower says senior White House officials tried to “lock down” all details of a phone call between Mr Trump and the Ukrainian president.

Mr Trump demanded to know who gave information to the whistleblower, saying the source was “close to a spy”.

The complaint, released on Thursday, says the call transcript was not stored in the usual computer system. Instead it was stored in a separate system used for classified information.

Democrats accuse Mr Trump of seeking foreign help in the hope of smearing Mr Biden – who is seeking the Democratic nomination for the 2020 presidential election – and of using military aid to Ukraine as a bargaining tool.

Mr Trump, a Republican, denies any wrongdoing and has dismissed the impeachment proceedings as a “hoax” and “another witch-hunt”.

He acknowledged that he personally blocked nearly $400m (£322m) in military aid to Ukraine days before he spoke to Mr Zelensky, but denied that it was to pressure the Ukrainian leader into investigating Mr Biden.

Who is the whistleblower?

Few details are known. A lawyer for the whistleblower warned that trying to identify the person could place them “in harm’s way”.

Meanwhile, an audio recording has emerged in which Mr Trump demands to know who provided information to the whistleblower – and describes them as “close to a spy”. 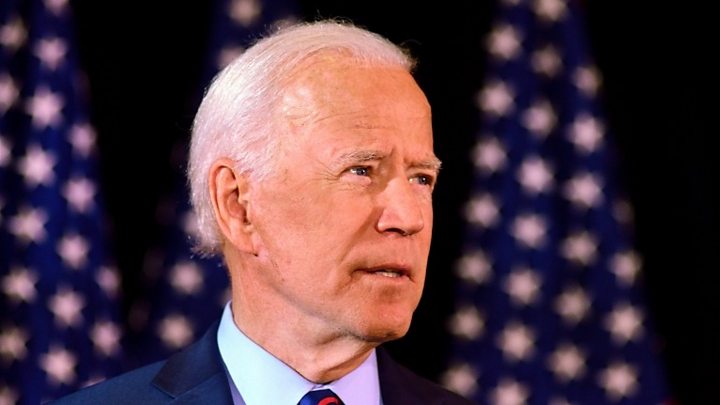 “I want to know who’s the person, who’s the person who gave the whistleblower the information. Because that’s close to a spy,” the president said in private remarks to staff at the UN. The recording was provided to the Los Angeles Times.

In an apparent reference to the execution of spies by the US in the past, he adds: “You know what we used to do in the old days when we were smart? Right? The spies and treason, we used to handle it a little differently than we do now…”

The remarks were condemned by the Democratic chairmen of three committees in the House of Representatives. In a joint statement they said the comments constituted “reprehensible witness intimidation” and an attempt to obstruct the impeachment inquiry.

One Democrat said he wanted the whistleblower to talk to members of the House Intelligence Committee “at the earliest”.

“I am concerned at some of the statements the president has been making about the whistleblower, and whether he’s going to retaliate against the guy,” said Raja Kirshnamoorthi.

What does the complaint say?

The whistleblower’s complaint accuses Mr Trump of “using the power of his office to solicit interference from a foreign country in the US 2020 election”.

The declassified document characterises the president’s conduct as a “serious or flagrant problem, abuse, or violation of law”. 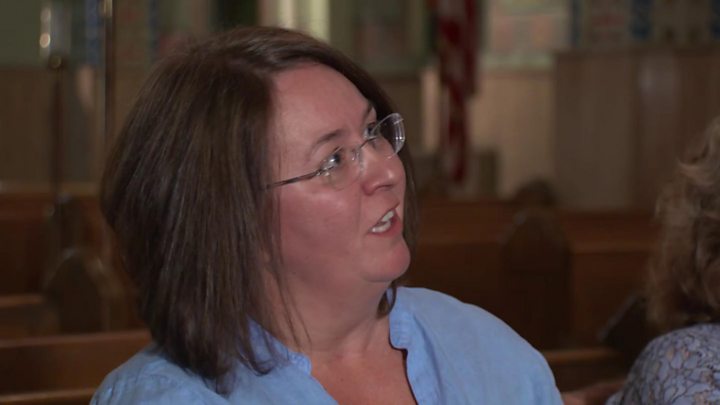 The whistleblower says in the complaint that they had learned from several sources that senior White House officials had intervened to “lock down” all records of the call, particularly an official word-for-word transcript.

“This set of actions underscored to me that White House officials understood the gravity of what had transpired in the call,” the whistleblower wrote in the complaint.

The whistleblower says details of the call were stored in a “stand-alone computer system reserved for codeword-level intelligence information, such as covert action”.

The whistleblower adds that officials said it was “not the first time under this administration that a presidential transcript was placed into this codeword-level system solely for the purpose of protecting politically sensitive – rather than national security sensitive – information”.

The complaint makes clear that the whistleblower was “not a direct witness” to most of the events described, but found their colleagues’ accounts to be credible “because, in almost all cases, multiple officials recounted fact patterns that were consistent with one another”.

The release of the whistleblower complaint on Thursday came as lawmakers on the House Intelligence Committee began to question President Trump’s top intelligence official on the issue.

Acting National Intelligence Director Joseph Maguire had initially refused to share the complaint with Congress. But under questioning by the committee on Thursday, Mr Maguire said he believed the whistleblower had acted in “good faith” and “did the right thing”. 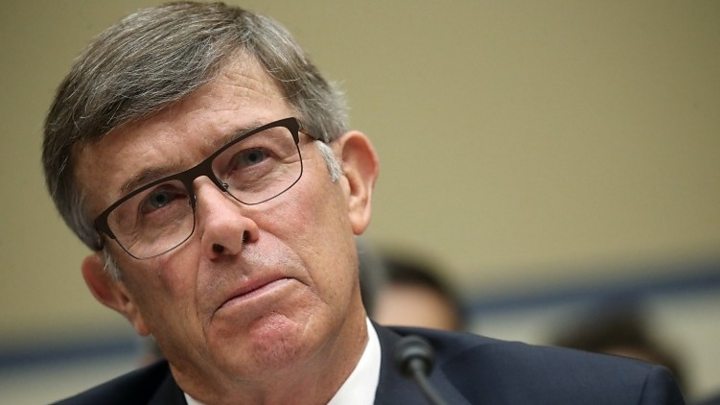 But the leading Republican on the committee, Devin Nunes, a Trump supporter, said: “I want to congratulate the Democrats on their latest informational warfare operation against the president and their extraordinary ability to once again enlist the mainstream media in their campaign.”

Mr Schiff asked Mr Maguire why he had sought advice from the White House before deciding to release the whistleblower’s report.

“It just seemed prudent to check,” Mr Maguire responded, saying he had sought the advice of White House counsel to determine if the report included information protected by presidential executive privilege.

He added: “I believe everything in this matter is totally unprecedented.”

During further questioning by Mr Schiff, Mr Maguire said he believed the whistleblower had acted in “good faith”.

He continued: “I think the whistleblower did the right thing. I think he followed the law every step of the way.”

What is the claim about Joe Biden?

During the call, Mr Trump discussed with newly elected Mr Zelensky the 2016 removal of a Ukrainian prosecutor, Viktor Shokin.

He then went on to discuss Mr Biden’s son, Hunter Biden, and the unsubstantiated allegation that Mr Biden – then the US vice-president – stopped the prosecution of his son by lobbying Ukraine to fire Mr Shokin.

Mr Shokin’s office had opened an investigation into Burisma, a natural gas company on which Hunter Biden was a board member.

During the call, Mr Trump also asked Mr Zelensky to work with US Attorney General William Barr and Mr Trump’s personal lawyer, Rudolph Giuliani, to look into the matter.

There is no evidence of any wrongdoing by the Bidens.

Mr Biden, along with other Western officials, had called for Mr Shokin to be fired because of the perception that he was soft on corruption.

When Mr Shokin was replaced, his successor continued to investigate Burisma for 10 months before the inquiry ended.

The Department of Justice said on Wednesday that Mr Trump had not spoken to the attorney general about having Ukraine investigate Mr Biden, and Mr Barr had not communicated with Ukraine.

Speaking at a fundraising event in San Marino, California, on Thursday, Mr Biden said: “This isn’t about me. It’s a tactic that’s used by this president to try to hijack an election so we do not focus on the issues that matter in our lives.”

How the controversy unfolded