President Donald Trump’s Republicans are projected to retain control of the US Senate in the mid-term elections.

But Democrats are on course to win the House of Representatives, which would deal a blow to the president’s agenda.

Republicans held on to the upper chamber with key victories in Indiana, Texas and North Dakota.

Mr Trump is not up for re-election until 2020, but Tuesday’s vote was seen as a referendum on a polarising president.

Mr Trump’s party is projected to hold on to the upper chamber in Congress, where they currently hold a slim 51-49 majority.

White House press secretary Sarah Sanders said Mr Trump had “closed the deal” for Mr Braun after appearing alongside him at a rally in the state on Monday night. 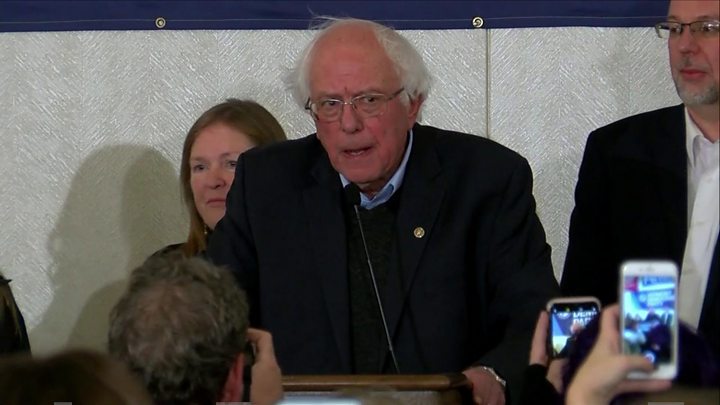 There was some consolation for Democrats as Senators Joe Manchin and Bob Menendez held on to their seats after tough campaigns in West Virginia and New Jersey respectively.

Mr Manchin was the only member of his party to vote to confirm Supreme Court Justice Brett Kavanaugh, whose nomination narrowly survived sexual assault claims.

Mitt Romney, the 2012 Republican presidential nominee, has won election to US Senate from Utah, as expected.

Democrats were always facing an uphill battle in the Senate this year because they were defending 26 seats, while just nine Republican seats were up for grabs.

[email protected]: "So far we feel good about where we are, but still a long night to go." #Midterms2018 pic.twitter.com/YXc2nysSrQ

Two US networks – Fox and NBC – are projecting the Democrats will win the 23 seats they need to take over the House of Representatives.

Americans voted for all 435 seats in the House, and female candidates stole the spotlight in an election cycle that had been billed as the Year of the Woman.

New York Democrat Alexandria Ocasio-Cortez is projected to have become the youngest woman ever elected to the US House at 29 years old.

Democrats Ilhan OImar and Rashida Tlaib are also expected to make history in Minnesota and Michigan respectively as the first Muslim women elected to Congress.

If Democrats do win the House, they are expected to launch investigations into Mr Trump’s administration and business affairs, from tax returns to potential conflicts of interest, while thwarting his legislative agenda.

What you need to know about mid-terms: