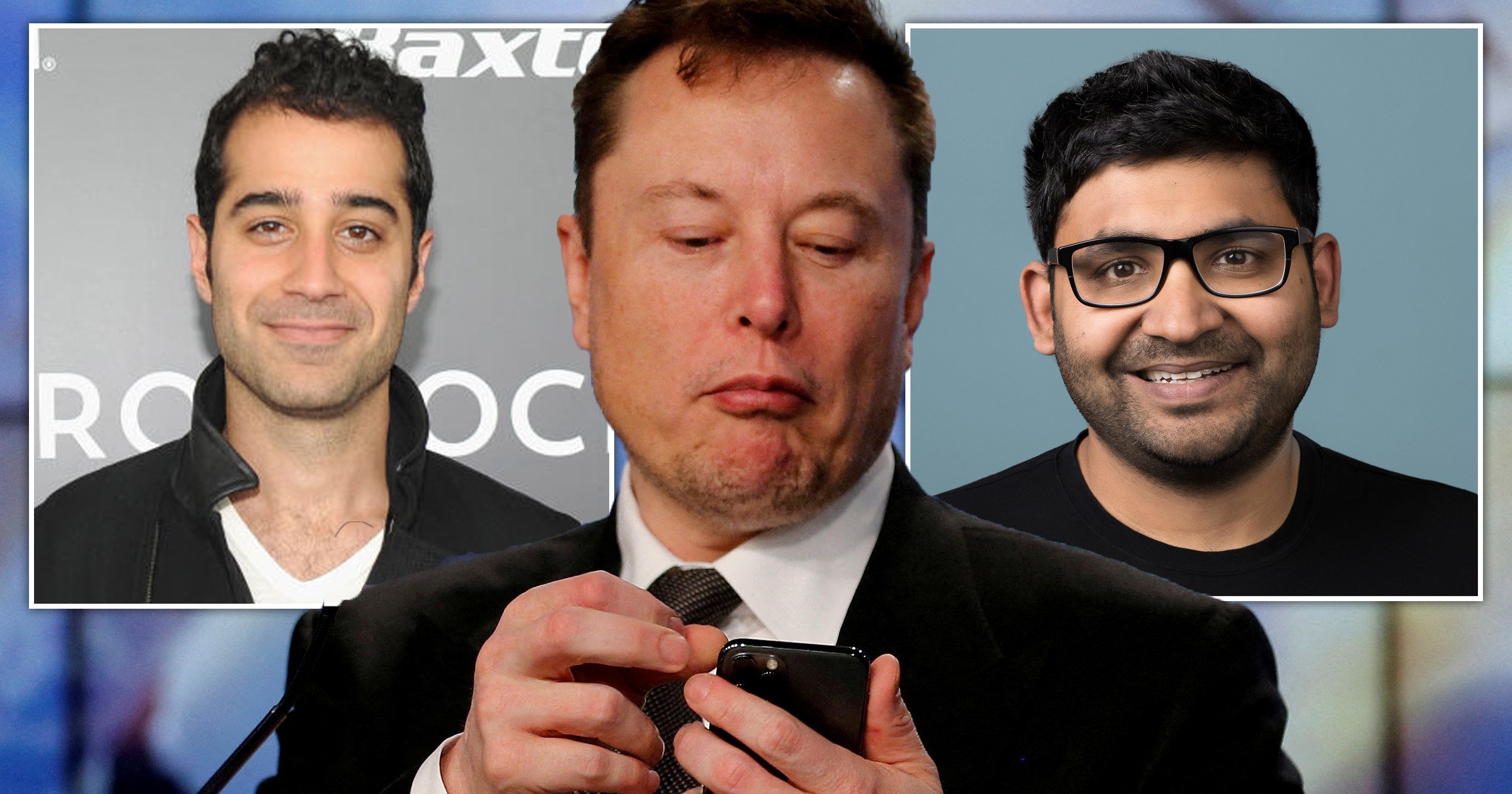 Two of Twitter’s top executives will be leaving the company, according to CEO Parag Agrawal, who also shared Thursday that the company would pause most new hiring.

The change in top leadership comes as the world’s richest man, Elon Musk, works to close a $44billion deal to acquire the company.

In an internal email sent to employees, obtained by The New York Times, Twitter’s CEO shared the news that general manager Kayvon Beykpour and general manager of revenue Bruce Falck would be leaving the company.

Beykpour will be replaced by Jay Sullivan, according to the memo from Agrawal. Sullivan currently serves as the company’s interim general manager of the consumer product.

‘It’s critical to have the right leaders at the right time,’ Agrawal said in the memo to staff, noting that Sullivan’s ‘product vision, ability to inspire, move quickly and drive change is what Twitter needs now, and in the future.’

Beykpour, who had been on paternity leave, shared on the social media site that he would be leaving the company after seven years.

‘The truth is that this isn’t how and when I imagined leaving Twitter, and this wasn’t my decision. Parag asked me to leave after lettering me know that he wants to take the team in a different direction,’ he wrote.

The truth is that this isnât how and when I imagined leaving Twitter, and this wasnât my decision. Parag asked me to leave after letting me know that he wants to take the team in a different direction.

The note to staff also said Twitter would be pausing most new hiring and pulling back on discretionary spending. According to Agrawal, this is not ahead of layoffs but a result of not hitting goals in audience and revenue growth.

Karina Vetrano’s Killer Is Sentenced to Life, But Maintains ‘I Didn’t Do This’

Pride Parties and Protests Bring Excitement Back to N.Y.C. Streets