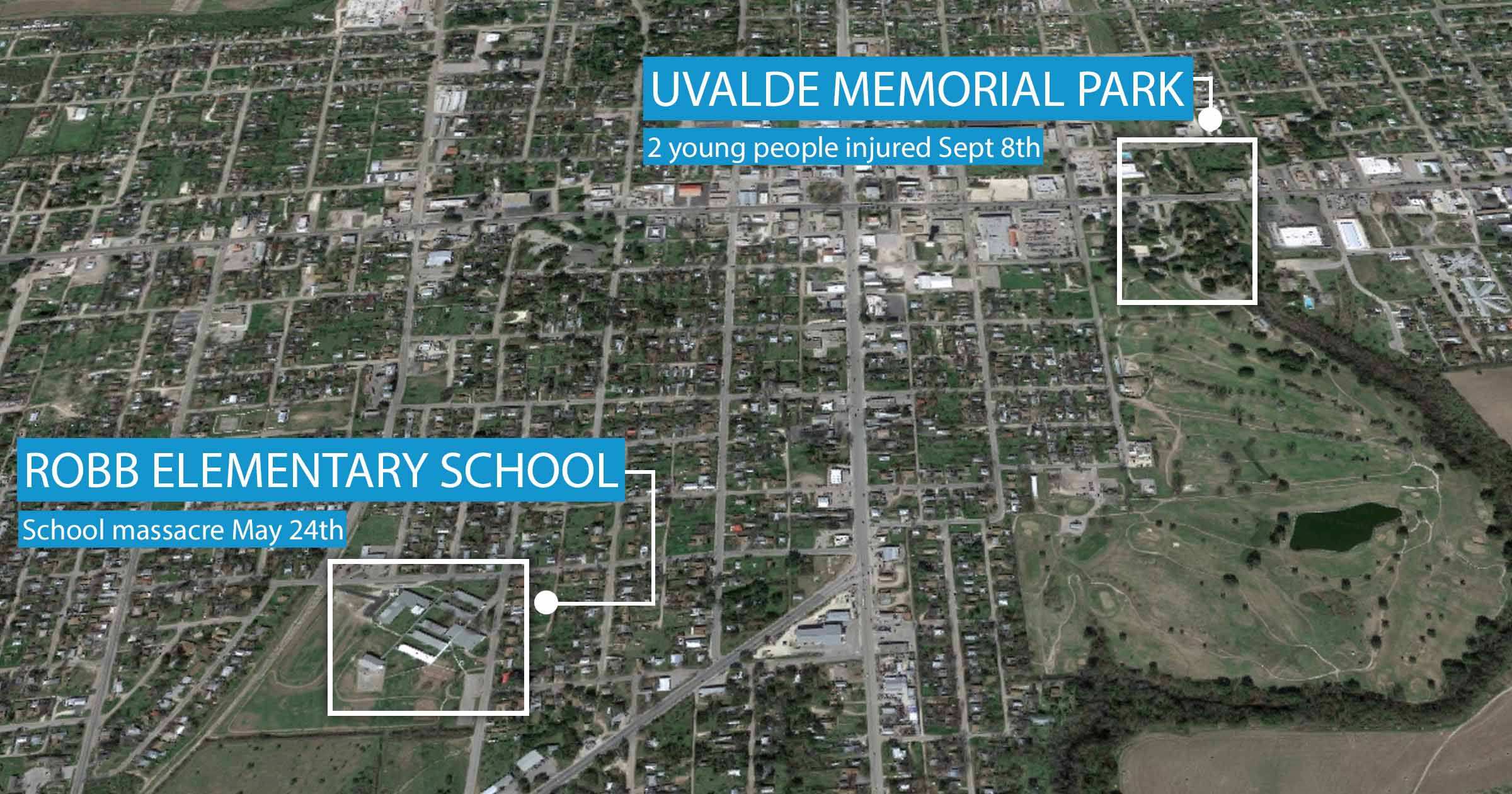 Two people were injured and four were arrested after a shooting at an Uvalde park just two miles from the school massacre site.

The shooting happened at Uvalde Memorial Park about three-and-a-half months after a gunman killed 21 students and teachers and injured another 17 at Robb Elementary School.

It occurred around 5.30pm and began as a physical fight between two rival gangs, police said.

Uvalde Police identified the two victims as juvenile males. They were taken to San Antonio area hospitals and their condition was not immediately known. They did not say if the victims were taking part in the fight.

No information had been released as of Friday about the four suspects taken into custody.

The school mass shooting put the small city in west Texas in the national and international spotlight.

‘I was outraged to learn that gang violence has endangered the Uvalde community and innocent Texans this evening. I immediately called Mayor McLaughlin and County Judge Mitchell to offer the state’s full support and resources as law enforcement hunts down the gang members,’ Governor Greg Abbott stated on Thursday.

‘Gang violence has no place here in Texas, and we will bring the full force of justice down on these heinous criminals,’ Abbott said.

Students returned to schools in Uvalde for the first time after the massacre just three days ago, school protected by state troopers.

No students returned to Robb Elementary School, which will be torn down. Students from the former school will be filtered into two other schools in the district.

‘We could never ask a child to go back, or a teacher to go back into that school ever,’ Mayor Don McLaughlin said at a city council meeting in July.

US students line up for coronavirus testing as universities open