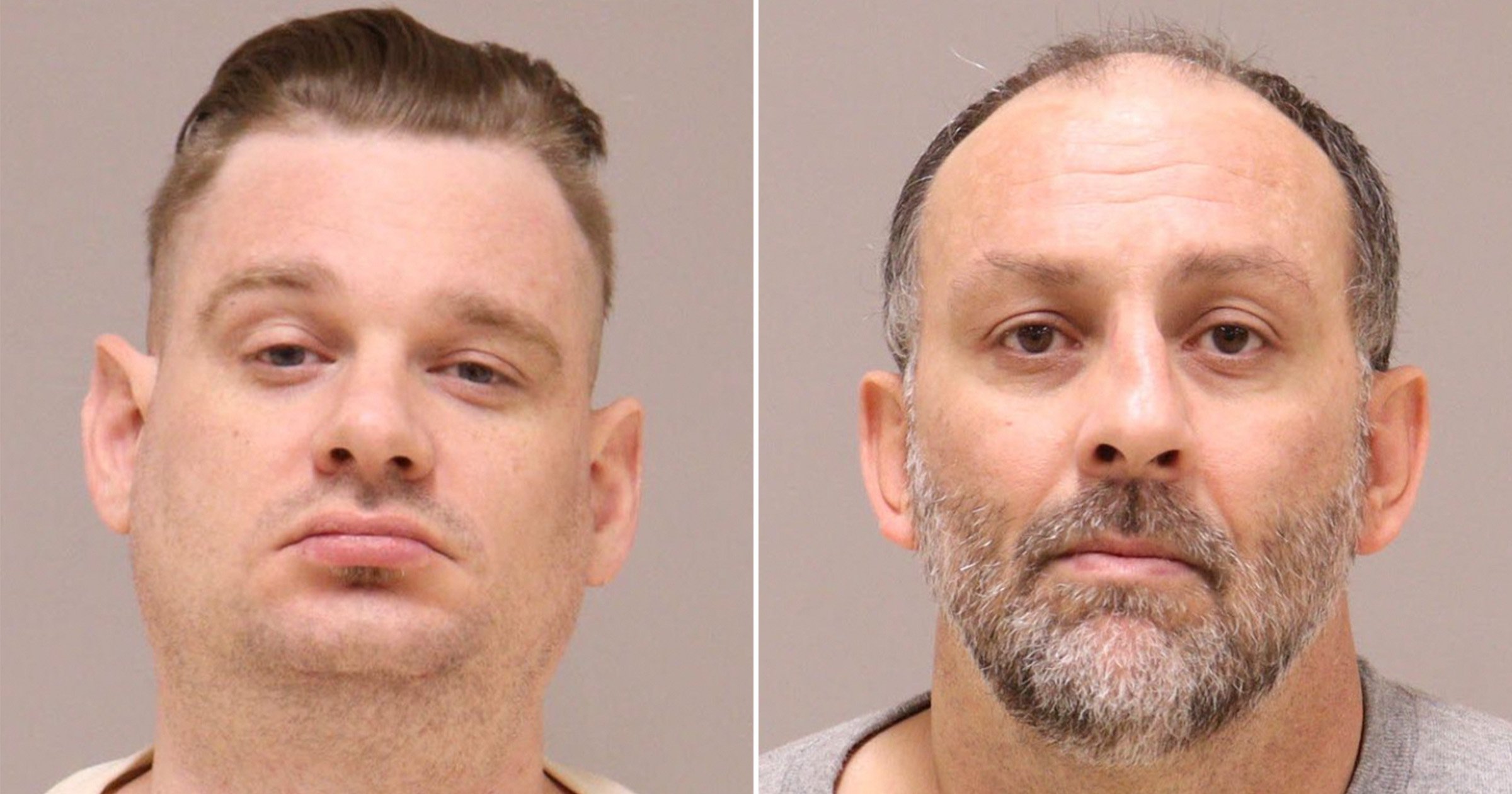 Two ringleaders whom authorities say planned to kidnap Michigan Governor Gretchen Whitmer and blow up a bridge have been convicted on counts of conspiracy.

Adam Fox and Barry Croft Jr on Tuesday were convicted of two counts of conspiracy related to their kidnapping scheme, and one count of attempting to use a weapon of mass destruction.

A date for the sentencing hearing has not been announced yet. Fox and Croft face up to life in prison.

Fox, 39, and Croft, 46, were leaders in a far right paramilitary group called the Wolverine Watchmen that hatched the plan in Fox’s Grand Rapids basement.

The group became fixated on Governor Whitmer due to her support for coronavirus pandemic restrictions and stay-at-home orders.

The FBI began looking into Fox and Croft after they received a tip from Army veteran Dan Chappell.

Chappell joined the group in 2020, but approached the FBI after he became concerned about their violent plans. He agreed to become an informant in that summer and began secretly recording the group’s meetings and conversations with Fox and Croft.

The FBI investigation eventually expanded to include another informant and two undercover agents embedded in the cell.

Fox and Croft eventually travelled to Whitmer’s vacation home on Mackinack Island, where they scouted out a bridge they planned to destroy with explosives.

One of the undercover FBI agents posed as a seller of explosives for their plot.

Two other members of their group joined them, Ty Garbin and Kaleb Franks. Garbin and Franks eventually testified against the leaders for the prosecution.

Defense attorneys argued that Fox and Croft were just ‘big talkers’ that never intended to act on their plans.

They also accused the FBI of creating the scheme themselves due to the large number of agents and informants that eventually infiltrated the group.

‘In America, the FBI is not supposed to create domestic terrorists so that the FBI can arrest them,’ said Fox’s attorney Christopher Gibbons.

Prosecutors argued that the Fox and Croft were serious about committing violence.

The guilty verdict came four months after a different jury couldn’t agree to a unanimous decision for the two militia leaders. The same jury also acquitted two of their comrades, Daniel Harris and Brandon Caserta.

Eight other men involved with the kidnapping scheme are being prosecuted by the Michigan Attorney General’s Office.

The plot, which was foiled only weeks before the 2020 presidential election, caught the attention of then President Donald Trump.

In a speech delivered at the Conservative Political Action Conference on August 6, the former president called the trial a ‘fake deal’.

‘Gretchen Whitmer was in less danger than the people in this room right now, it seems to me,’ Trump told supporters.

The targeted Michigan governor praised the guilty verdict, and said that ‘those who seek to divide us will be held accountable’.

‘Plots against public officials and threats to the FBI are a disturbing extension of radicalized domestic terrorism that festers in our nation, threatening the very foundation of our republic,’ Whitmer said.

Jimmy Carter Needed Stitches After Falling at His Home