Smoke inhalation appeared to cause all 17 deaths related to the fire — a number officials feared could climb. 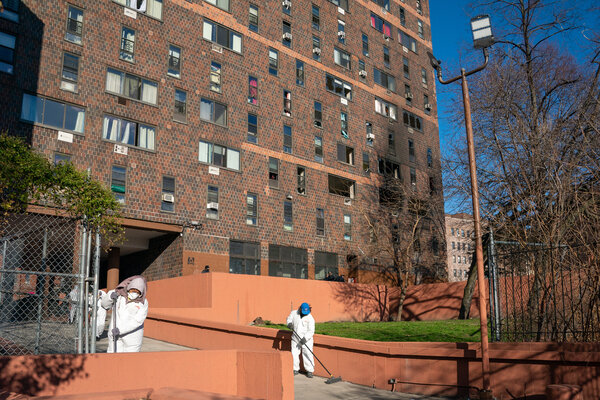 The 17 people killed in a Bronx fire this week all died from inhaling smoke that poured through a single malfunctioning door and billowed to the top of the 19-story building, New York City officials said on Monday, as they investigated how a fire that barely spread beyond one unit became the city’s most lethal in three decades.

The fire’s origin appeared straightforward: A space heater that had been left running continuously burst into flames, officials said. A day later, though, residents remained stunned by the speed with which the smoke inundated the building, killing and critically injuring so many people in broad daylight, even as firefighters arrived within minutes.

The tower, considered a model affordable housing project when it was constructed in 1972, did not have a building-wide sprinkler system, as was allowed under the law. But it was deadly smoke sucked into an internal stairwell, not flames, that overcame residents as they fled the building.

As the fire burned, the smoke was drawn through the broken door on the third floor toward an open stairwell door high above on the 15th floor.

“If you have that door on the upper floors open, that’s really going to give you a flue effect, like a chimney, and that’s what occurred,” said Jim Long, a spokesman for the Fire Department.

At least 17 people were killed in a fire that began at 11 a.m. on Sunday in an apartment on the building’s third floor. Fire department officials said open doors caused smoked to flood the stairwell, possibly preventing residents from escaping.

What does it mean if your child is considered ‘highly sensitive’?