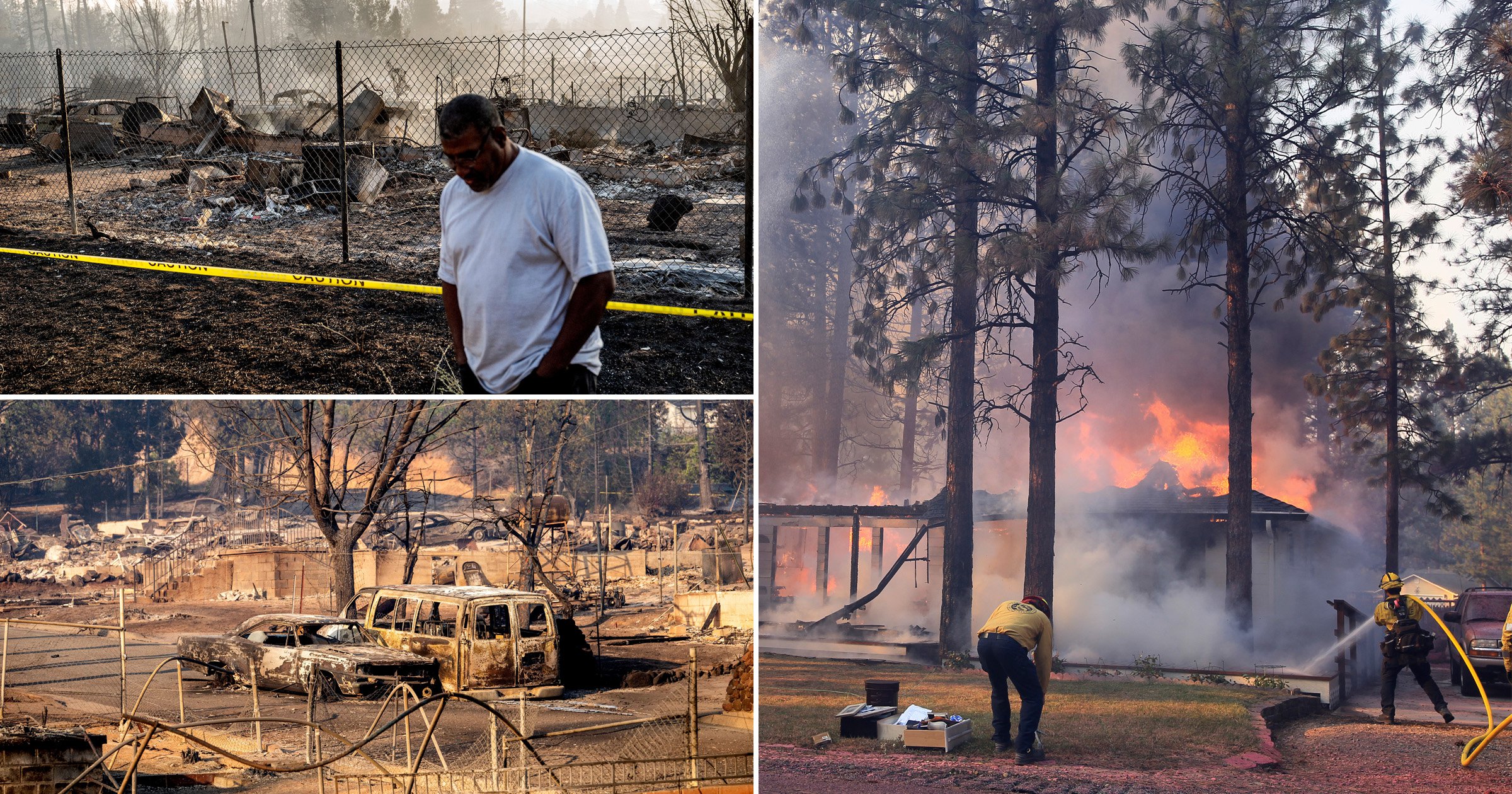 A wildfire in northern California has killed two people and forced more than a thousand residents to evacuate.

The Mill Fire tore through the small rural community of Weed, where authorities reported that it caused two deaths.

‘We have lost two people to this fire. There’s no easy way of putting that,’ Siskiyou County Sheriff Jeremiah LaRue said at a community meeting on Sunday night.

The two reported deaths were both adult women, aged 66 and 73. Both were found by first responders in Weed on Friday. The victims had not yet been identified as of Monday.

More than 100 buildings were destroyed in Weed, and about 1,000 people are still under a forced evacuation order.

Cal Fire has confirmed three injuries from the fire, but no missing persons have been reported.

The Mill Fire was about 40% contained as of Monday.

Authorities began lifting evacuation orders on Monday morning, but residents are still barred from returning to their homes in many parts of Weed.

The Mill Fire is one of two fires currently burning only miles away from each other in Siskiyou County. The Mountain Fire, which was ignited on Friday, grew even larger on Sunday and forced about 300 people to evacuate.

The Mountain Fire is burning in a much less populated area, but authorities remain concerned that California’s heatwave and drought conditions could exacerbate both blazes.

‘Today began a period of warming and drying weather that is expected to last through Tuesday over the Mill Fire area,’ Cal Fire said in an incident report filed on Sunday.

The West Coast heatwave is expected to continue as California heads into what is typically the most dangerous few months of its wildfire season.

Wildfires have already devastated parts of the state this year. In July, more than 6,000 people were evacuated from Mariposa County when an ‘explosive’ wildfire ignited near Yosemite National Park.

How Jeff Bezos went to Hollywood and lost control

Security stepped up for travelling members of US Congress: House Speaker Nancy Pelosi