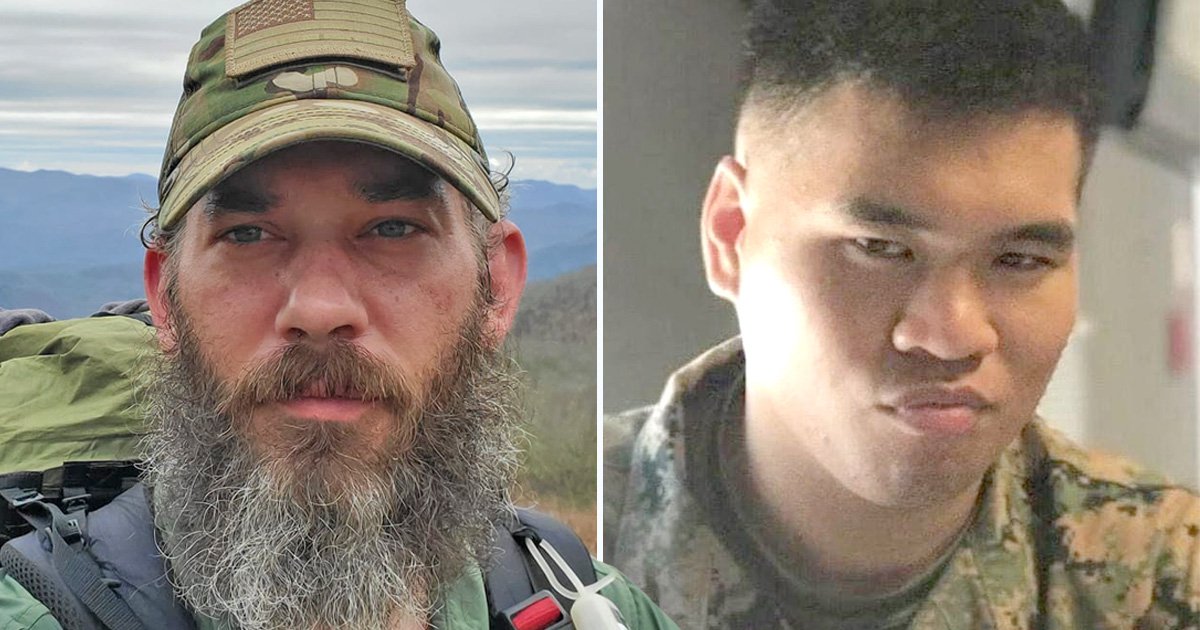 Two US veterans who volunteered to fight against Russian forces in Ukraine have been missing for about a week, according to their families.

Drueke, 39, is a former US Army service member from Tuscaloosa, Alabama who previously served two tours in Iraq, while Huynh, 27, originally from Orange County, California, is a former US Marine, according to NBC News.

Despite US officials warning against Americans traveling to Ukraine to help in the fight against Russia, the two men took off to try and make a difference.

One of Drueke’s friends called his mother to tell her their mission had gone bad. She was told two men, including her son, did not return.

When Lois Drueke spoke to her son last, a little over a week ago, he told her he would be going ‘dark’ for a few days.’

She told him: ‘Stay safe. And I love you,’ to which he replied: ‘I love you too,’ she told NBC. She has not heard from him since.

Lois said her son wasn’t in Ukraine necessarily to fight, but as a ‘civilian with army training.’ She wasn’t sure why he was included on the mission.

‘When he saw what was happening in Ukraine, he said, “Mom, I have to go and help train those soldiers so that Putin can’t get the confidence that he can just roll over Ukraine and other countries, because eventually he’ll tackle us,”‘ she said.

The mother said her son felt that if he contributed to stopping Putin in Ukraine that he would help keep Americans safe.

Lois said the family doesn’t know if Drueke and Huynh were captured, but said: ‘If worst comes to worst, I know he was doing something he truly believed was good and noble.’

Aderholt said in a statement that the family had not heard from him since June 8, when he was near the city of Kharkiv.

Huynh had volunteered to go fight with the Ukrainian army against Russia after serving in the Marine Corps. Originally from Orange County, California, the Marine more recently had moved to Alabama, where he lived with his fiancée.

‘He felt he needed to help them, so he went over there to see what help he could provide,’ said the brother of Huynh’s fiancé, Zachary Polk.

His fiancé’s mother posted to Facebook asking friends to keep Andy and Alex in their prayers.

Pentagon press secretary John Kirby could not confirm the reports of two missing Americans on Wednesday and reiterated that Americans should not be going to Ukraine to help in the fight.

‘If you feel passionate about supporting Ukraine, there’s any number of other ways to do that, that are safer and just as effective. Ukraine is not the place for Americans to be traveling,’ Kirby said.

Last week two British citizens and a Moroccan citizen were sentenced to death after being captured in Ukraine by Russian separatist rebels.