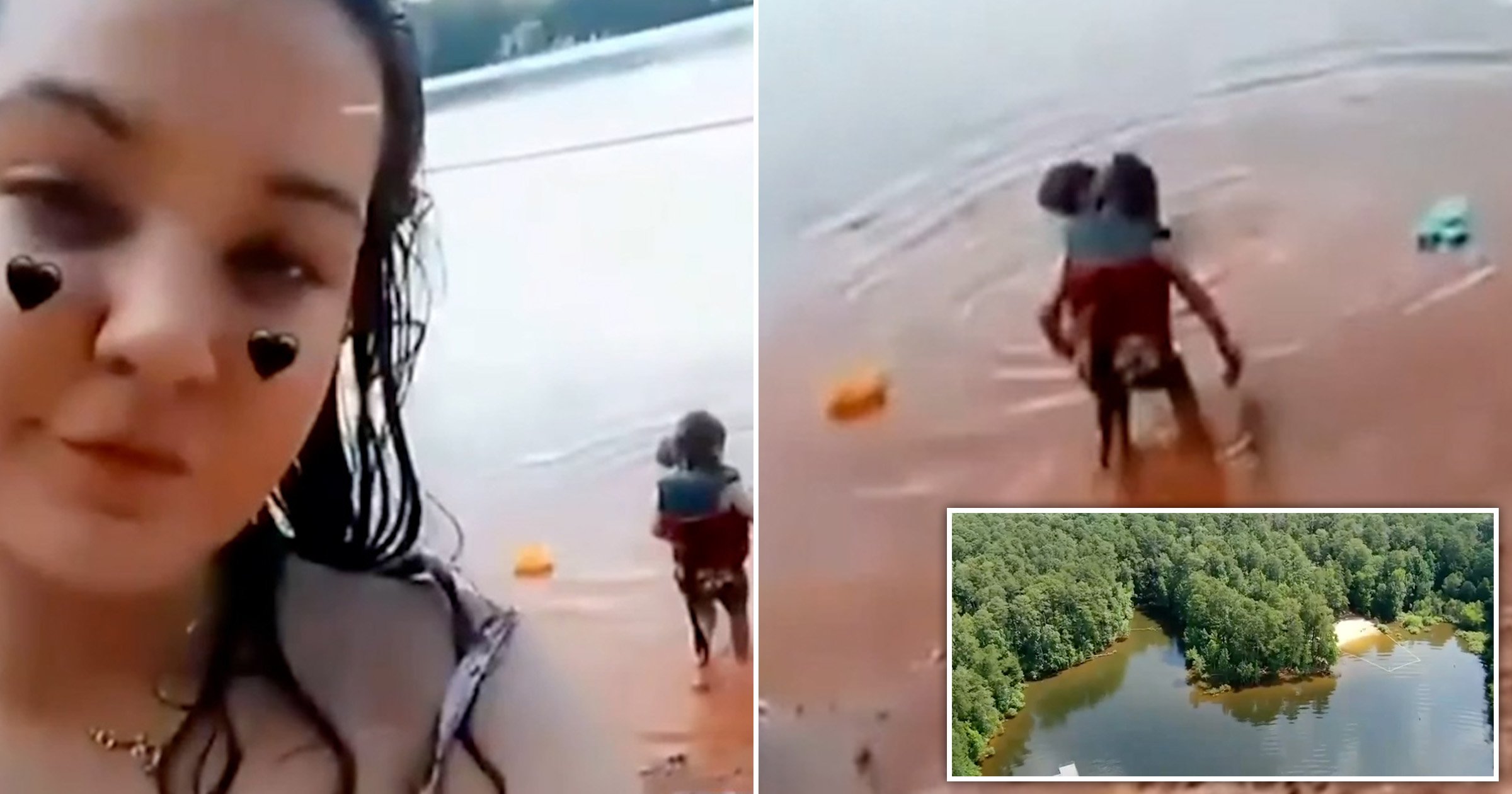 A 22-year-old woman and her two younger brothers drowned on the same day during a boating trip on a lake in Georgia last week, officials said.

Raven Powell, 22, and her younger brothers Mason, 4, and Sawyer, 3, drowned in the Amity Recreation Area of Clarks Hill Lake on Thursday, according to Lincoln County Sheriff Paul Reviere.

The county coroner’s office reported that the three siblings died some point after 5pm Thursday.

Officials have not shared details about what happened or how all three siblings drowned. The incident is currently under investigation by the sheriff’s office, the Georgia Department of Natural Resources and the Georgia Bureau of Investigation.

According to WIS-TV, the two brothers Mason and Sawyer, were recovered from the lake by bystanders while their sister was still missing.

A cousin of the siblings said the young boys were thrilled to be taking a trip with their big sister.

‘They were our world. They mean everything to us,’ said their cousin, Hannah Redfern. ‘There are no words to describe it other than horrible. It’s crazy how it happened within a blink of an eye.’

Family members say they’ll remember the boys for their adventurous and good-natured spirits.

‘Both boys were the happiest ever. You never seen them without a smile on their face unless they were hungry,’ Redfin said.

Redfin said the tragedy makes her never want to return to the lake.

‘I have this video of me just lying there on the couch with both boys. At the end of the video, both grabbed me by my face and kissed me, and Sawyer had just learned to say I love you. He said, “I love you,”‘ said Redfern. ‘They are at peace now.’

All three bodies were sent to the Georgia Bureau of Investigation Crime Lab.

US elections: Trump still miles ahead of Biden in social media engagement