A stark reality faces the vice president as she visits the region: Expanding aid programs have failed to stem migration.

A coffee farmer at work in San Antonio Huista, Guatemala.Credit…

SAN ANTONIO HUISTA — An American contractor went to a small town in the Guatemalan mountains with an ambitious goal: to ignite the local economy, and hopefully even persuade people not to migrate north to the United States.

Half an hour into his meeting with coffee growers, the contractor excitedly revealed the tool he had brought to change their lives: a pamphlet inviting the farmers to download an app to check coffee prices and “be a part of modern agriculture.”

Pedro Aguilar, a coffee farmer who hadn’t asked for the training and didn’t see how it would keep anyone from heading for the border, looked confused. Eyeing the U.S. government logo on the pamphlet, he began waving it around, asking if anyone had a phone number to call the Americans “and tell them what our needs really are.”

“They’ve never helped me,” Mr. Aguilar said after the training a few weeks ago, referring to American aid programs intended to spur the economy and prevent migration. “Where does all the money go? Where’s the aid? Who knows?” 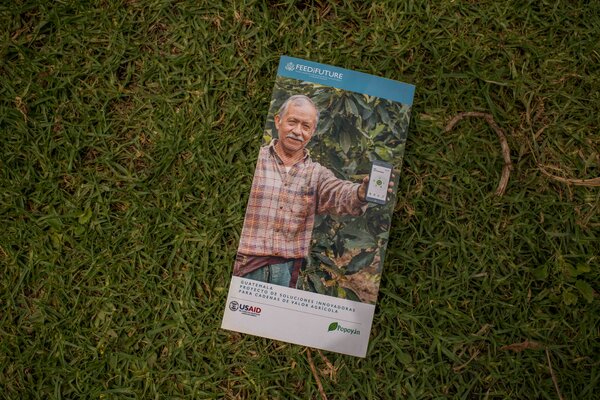 As vice president, Joseph R. Biden Jr. led an enormous push to deter people from crossing into the United States by devoting hundreds of millions of dollars to Central America, hoping to make the region more tolerable for the poor — so that fewer would abandon it.

Now, as President Biden, he is doubling down on that strategy once again and assigning his own vice president, Kamala Harris, the prickly challenge of carrying out his plan to commit $4 billion in a remarkably similar approach as she travels to the region Sunday.

“When I was vice president, I focused on providing the help needed to address these root causes of migration,” Mr. Biden said in a recent speech to Congress. “It helped keep people in their own countries instead of being forced to leave. Our plan worked.”

But the numbers tell a different story. After years of the United States flooding Central America with aid, migration from the region soared in 2019 and is on the upswing once more.

Here in Guatemala, which has received more than $1.6 billion in American aid over the last decade, poverty rates have risen, malnutrition has become a national crisis, corruption is unbridled and the country is sending more unaccompanied children to the United States than anywhere else in the world.

That is the stark reality facing Ms. Harris as she assumes responsibility for expanding the same kind of aid programs that have struggled to stem migration in the past. It is a challenge that initially frustrated her top political aides, some of whom viewed the assignment from Mr. Biden as one that would inevitably set her up for failure in the first months of her tenure.

Her allies worried that she would be expected to solve the entire immigration crisis, irked that the early reports of her new duties appeared to hold her responsible for juggling the recent surge of children crossing the border without adults.

Ms. Harris, who has little foreign policy experience and no history in the region, has already been criticized for not visiting the border. At a recent news conference, a group of Republicans displayed a milk carton that had been mocked up to show a picture of Ms. Harris with the headline: “MISSING AT THE BORDER,” even as she held a news conference with reporters detailing her plans to visit the region.

The political risks are evident, including the obvious pitfalls of investing billions in a region where the president of Honduras has been linked to drug traffickers and accused of embezzling American aid money, the leader of El Salvador has been denounced for trampling democratic norms and the government of Guatemala has been criticized for persecuting officials fighting corruption.

New US rule could disqualify half of visa applicants