Elderly voters helped put Donald Trump in office. They could also boot him out.

The polls tell a worrying story for the president.

In national and key battleground states, the turnaround from four years ago among voters 65 and over is pretty stark.

Mr Trump captured the senior vote by almost ten points, according to both the 2016 election day exit polls and the Pew Research Center analysis of the vote.

But a Wall Street Journal/NBC News national poll shows Joe Biden winning this group of voters by more than 20 points.

The margins in reality may be far thinner, but it’s a massively important voter block both men need to get on side.

Why do seniors matter? 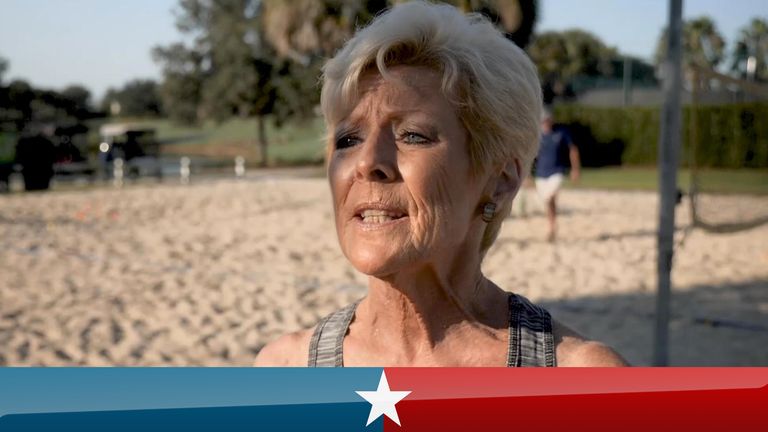 Pew estimates seniors will account for almost a quarter of the electorate.

In 2016, if Hillary Clinton had divided the elderly vote, she could have carried the all-important states of Pennsylvania, Michigan and Florida so key to Mr Trump’s success.

Political strategists suggest older voters are unhappy with the way the president has handled the pandemic, which disproportionately affects older voters.

Is it really that simple?

Probably not. This election is a referendum on Donald Trump and some seniors cite concerns about his character and ability to govern with civility.

Are there worrying signs for Mr Trump? 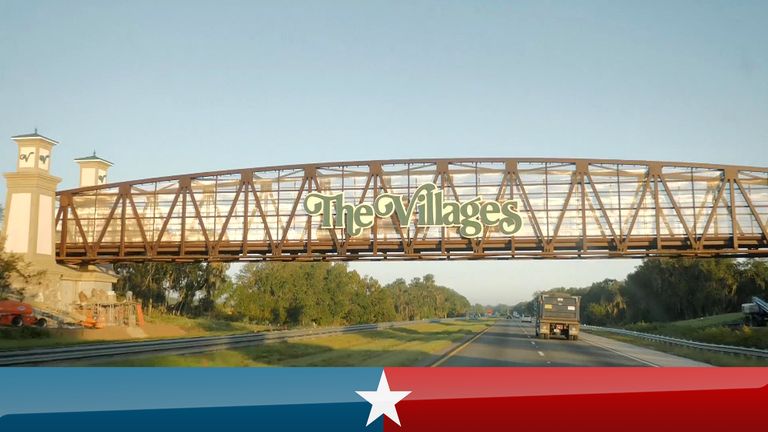 There are some unexpected shifts visible in a corner of Florida that’s usually a reliably Republican stronghold.

The Villages, billed as “America’s friendliest hometown”, has been experiencing some political division recently.

In the country’s oldest retirement community, residents drive around on golf carts. Spotting one with a Trump sign is no surprise.

But a new parade of Biden supporters has been driving around under the banner of “Ridin with Biden”. 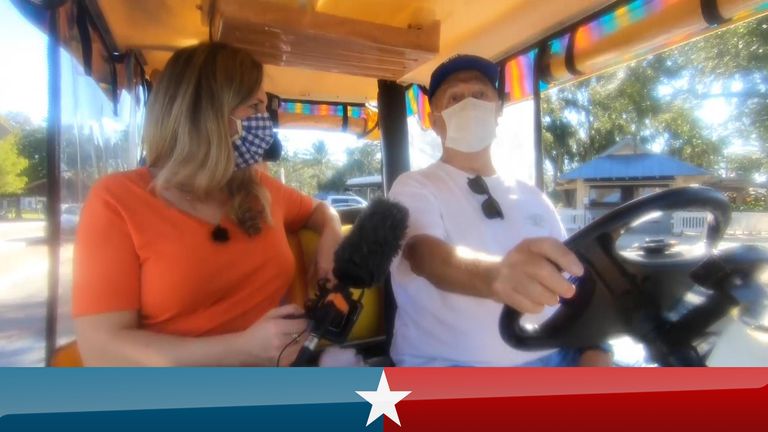 Local resident Efrain, who has been driving around in a cart with colourful Biden posters, says the president’s response to the pandemic will be a big factor in elderly peoples’ choices.

But he also believes older people have stopped trusting the president. Efrain also has two veteran sons and says he was incensed by reports Mr Trump called Americans who died in war, “suckers” and “losers”.

He said: “I don’t trust him. He’s a bigot and a bully and I don’t like bullies.”

How much does he think the pandemic will play a part?

Ginni Mantel feels very differently. She’s convinced the president will carry this area and the country.

She said: “This is Trump territory… we have 600-700 carts for Trump and then two weeks later, Biden turns up and they’re doing Ridin with Biden because they can’t do the Trump train.” 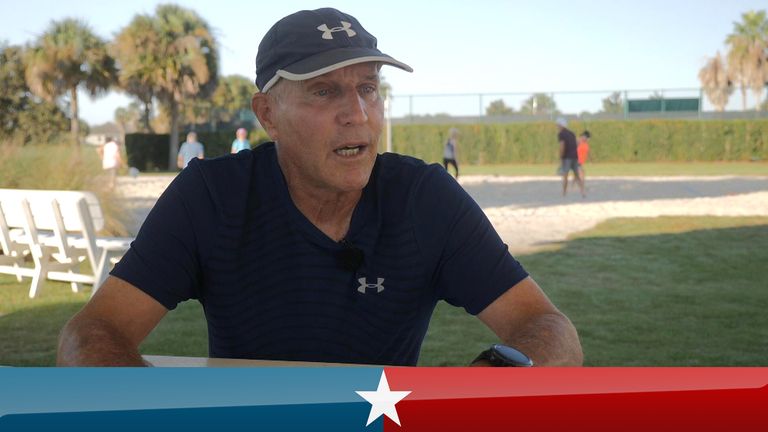 Her husband, Hans, has a gloomy assessment of the political landscape.

“I think the animosity between the left and right has gone way beyond limits. I think there’s no way we can ever talk to each other any more. The idea of sitting down and having a conversation is no longer here,” he says. 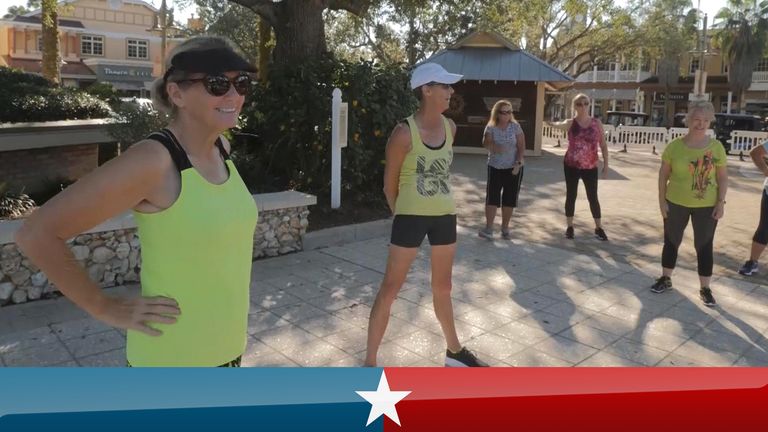 Down the road in a square where a group of 10 women are working out, another revealing if very crude perspective is raised.

I ask for a show of hands to indicate their 2020 choices. six say they will vote for Joe Biden, four for President Trump.

The majority of people we spoke to though, thought Mr Trump would ultimately win locally in an area where people favour fiscal conservatism and believe he is the better caretaker for the economy.

But a surprising amount also believed there was a potential for him to lose the national election.

The president will have to hope the silent vote, those unwilling to pledge allegiance to him in public, will once again roar like a lion.

We know elderly voters can be relied upon to take their views to the ballot box. This year is unlikely to be any different.