Joe Biden’s campaign has entered the final two weeks of the presidential election campaign with a large cash advantage over Donald Trump, figures have shown.

The former vice president’s campaign team outraised and outspent Mr Trump‘s re-election bid in September, with political ads for the Democratic candidate much more prevalent on US television.

Having the advantage in the money race is no guarantee of victory, however. Mr Trump won the 2016 presidential election despite being outspent by Hillary Clinton.

Polling by Reuters/Ipsos shows that in the swing states that decide the election, the race is closer than in national polls which put Mr Biden well ahead. 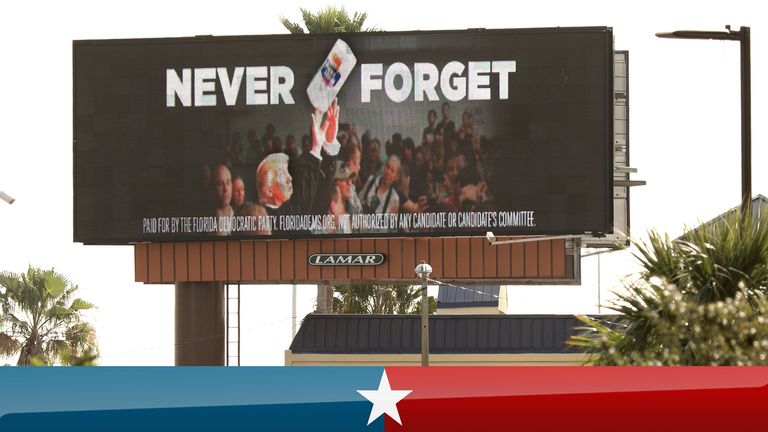 Mr Biden took in $281m (£215m) during September, more than three times as much as Mr Trump’s campaign which raised £81m (£62m), the Federal Election Commission showed on Tuesday.

The gap in finance has put Mr Trump in the position of needing to hold more of his signature rallies as a substitute for political advertising.

Bill Stepien, Mr Trump’s campaign manager, has insisted money is not an issue.

He said: “We have more than sufficient air cover, almost three times as much as 2016.”

He added that Mr Biden was “putting it all on TV” rather than carrying out door-knocking in a pandemic, while Mr Trump has around 2,000 field staffers across the country knocking on doors and making calls.

Mr Biden and the Democrats are on pace to spend $142m (£107m) on adverts in the closing days of the campaign – outspending the Republicans by more than two to one.

On Monday, Medium Buying reported that Mr Trump was cancelling adverts in Wisconsin, Minnesota – which he had hoped to win from the Democrats – and Ohio, which backed him in 2016 but now appears to be a tighter contest.

That is in stark contrast to May, when Mr Biden’s campaign was struggling for cash and Mr Trump’s campaign was compared to a “Death Star” that was about to “start pressing fire for the first time” by senior adviser Brad Parscale.

Brr, it's cold outside: Rainy days ahead in Singapore, with temperatures to dip to 22 deg C

Philippines mulls subsidising coronavirus tests to boost tourism
We and our partners use cookies on this site to improve our service, perform analytics, personalize advertising, measure advertising performance, and remember website preferences.Ok