Home » Americas » US election 2020: Is Trump trying to sabotage postal service to rig vote? Here’s what we know

The head of the United States Postal Service (USPS) is due to give evidence before senators on Friday following allegations of attempts to sabotage this year’s presidential election.

US postmaster general Louis DeJoy, a key ally of President Donald Trump, took control of the postal service in June and swiftly engineered cuts and operational changes that have disrupted mail delivery operations. 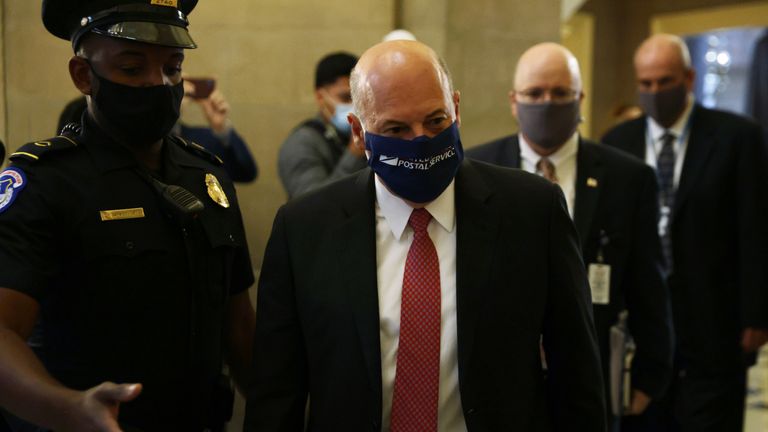 Critics fear widespread delays could disrupt November’s election, which is expected to bring a surge of postal votes – known as mail-in ballots in the US – because of the coronavirus pandemic.

Lots. In this pandemic, more Americans than ever before are planning to vote by mail, creating a huge volume of work.

According to a recent survey by the Democracy Fund & UCLA Nationscape project, 37% of registered voters are planning to cast their ballot through the post, ensuring a socially distant process.

The same survey found more Democrat voters planned to vote by mail than Republican – 48% versus 23%.

So what’s the problem?

Workload, principally. There are signs the US Postal Service will struggle to cope with the avalanche of election ballots.

At the end of July, it wrote to 46 states warning it can’t guarantee that all mailed-in ballots will arrive in time to be counted, which could render them invalid and disenfranchise a large chunk of the electorate.

They are, largely, the same. An absentee ballot is posted by someone absent from their local voting jurisdiction who requests a vote through the mail.

Mail-in ballots are when a state pro-actively sends out mail ballots to voters, regardless of whether they request it or not.

President Trump endorses the absentee ballot – in fact, he uses one to vote in Florida.

He views mail-in ballots rather differently, warning repeatedly that it’s prone to voter fraud and could corrupt the election – but there is little evidence to support this.

States have rigorous procedures to ensure the security of ballot papers.

Recent analysis by The Washington Post of three states that conduct universal mail elections found a “miniscule” rate of ballots that were potentially fraudulent. 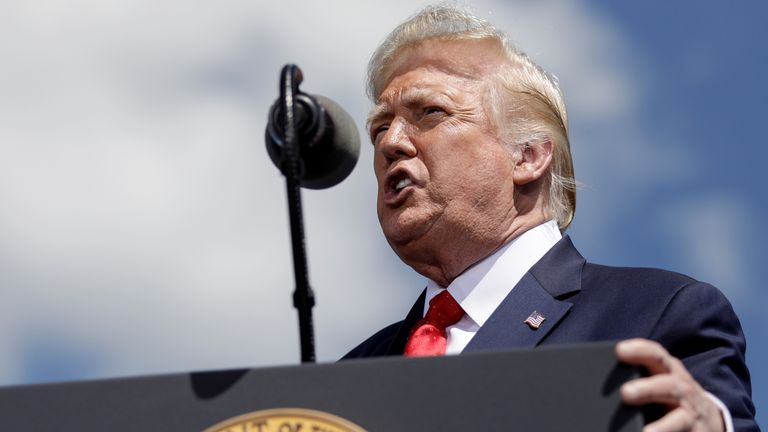 Donald Trump claims (without evidence) that mail-in voting will create a free-for-all on cheating, forgery and theft which will lead to a rigged election.

He has speculated that Americans will “maybe never know” the election result and floated the idea of delaying the election and staging a rerun.

Critics say he wants to sabotage the postal service and suppress voting by mail because it favours his opponents.

They accuse him of undermining confidence in the integrity of the election so that he can question its legitimacy if he loses.

They say he’s politicising the postal service and slowing down the system by blocking an injection of $25bn in emergency funds, plus an extra $3.6bn to help it through the election.

The proposal came from the Democrats. Speaker of the House of Representatives Nancy Pelosi called President Trump’s refusal “an obstruction of our democracy, a degrading of the sacred right to vote”. 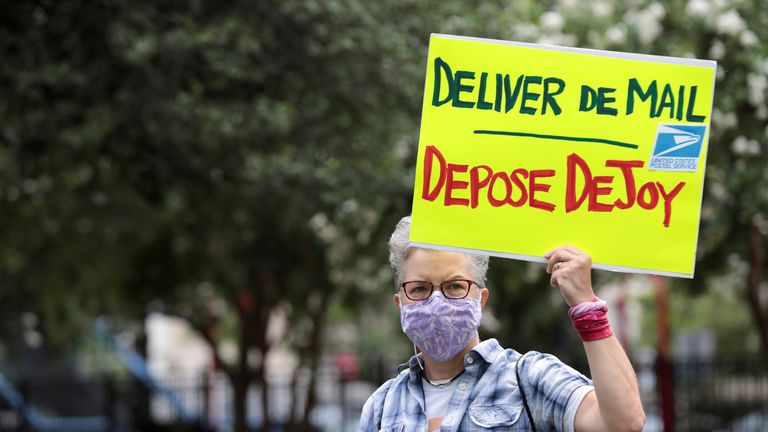 Who is Louis DeJoy?

He was appointed postmaster-general in June.

Mr DeJoy is a big friend of the president and a mega donor to the Trump campaign and Republican Party.

The president put him in charge of the USPS despite him having had no prior experience in the postal service.

Unions say changes he implemented have slowed down the mail system – eliminating overtime, reassigning more than 20 executives and hastening the removal of mail-sorting machines.

Pictures on social media showed post boxes being removed from streets in cities across America. Mr DeJoy argues the changes are necessary to help stabilise the organisation financially.

Incidentally, Mr DeJoy and his wife have assets in USPS competitors, although he insists he is committed to compliance with USPS regulations, stating: “I take my ethical obligations seriously.”