Home » Americas » US election 2020: Why is Donald Trump threatening to go to the Supreme Court?

President Donald Trump has vowed to go to the US Supreme Court as the election result hangs in the balance.

Challenger Joe Biden and his team have said they have lawyers “standing by” to fight any challenge.

But what would the president’s case be likely to centre on?

Postal voting is the key issue – something Mr Trump has been criticising for months as having what he says is the potential to undermine the result.

More than 100 million people voted by mail ahead of polling day – a record – with many said to be reluctant to go out in person because of COVID-19.

Mr Trump said on Wednesday that he wanted to ensure any votes cast after the polls closed – (“at 4 o’clock in the morning”, as he put it) – would not be counted.

He consistently claimed in the run-up to the big day that there was a risk from the system – and he’s now doubled-down on that by saying a “major fraud on our nation” is playing out.

However, there is currently no evidence of that happening.

The president’s case could therefore rest on trying to block a significant number of votes expected to arrive in the next day or so in key states that could help decide the election.

Importantly, Democrat voters are historically more likely to vote by mail than Republicans, meaning any early advantage Mr Trump has could be wiped out.

His team will be especially concerned about a possible late influx of votes in Michigan, Wisconsin and Pennsylvania.

These are key states now set to prove crucial in who gets the keys to the White House.

The Supreme Court last week upheld a decision that postal votes could be counted in Pennsylvania three days after the election – as long as they were postmarked by election day.

Mr Trump had a 675,000-vote lead early on Wednesday but 1.5 million are still to be counted – the vast majority mail-ins. 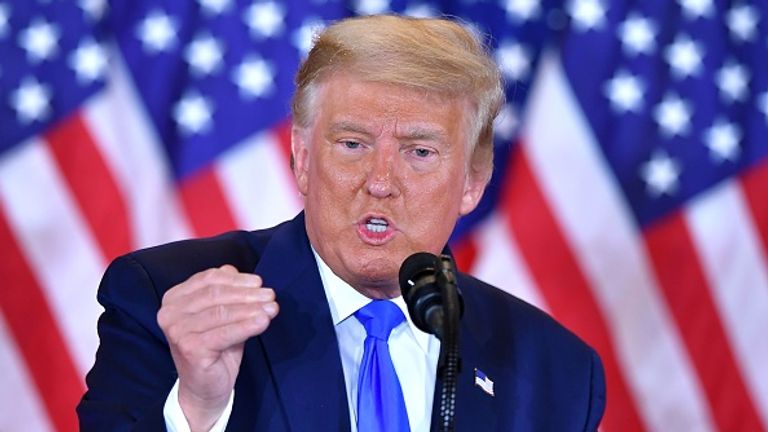 The postal vote rules are now consistent across the US however, and in some states, such as Wisconsin, votes that arrive after polling day are not valid.

There are also fears some votes may not be received in time.

The US Postal Service warned 46 states in July that it could not guarantee all votes would arrive by the cut-off time.

A federal judge in Washington has now ordered US Postal Service inspectors to sweep more than two dozen depots for any ballots – including in Pennsylvania and parts of Wisconsin – and to process them immediately. 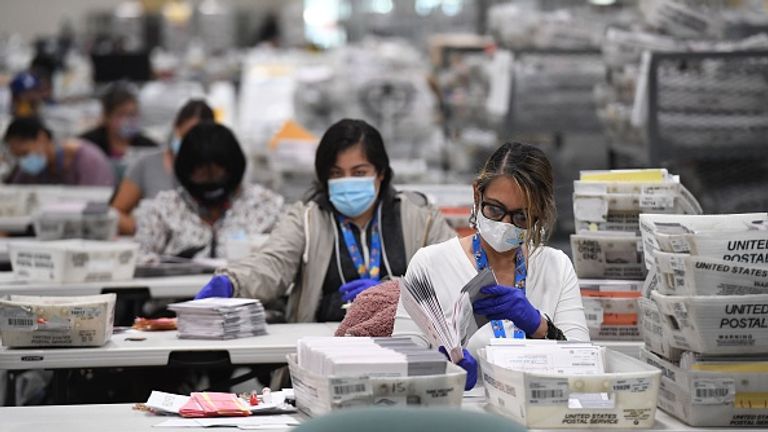 Democrat challenger Joe Biden has said it “ain’t over until every vote is counted, every ballot is counted”.

He has called Mr Trump’s claims of fraud “outrageous, unprecedented, and incorrect”.

“Having encouraged Republican efforts in multiple states to prevent the legal counting of these ballots before election day, now Donald Trump is saying these ballots can’t be counted after election day either,” said Mr Biden.

The 77-year-old said his legal teams are poised to act if the president tries to stop valid votes being counted.

President Trump has not yet detailed what form any legal argument to the Supreme Court challenge might take, and legal experts are unclear on what grounds he could rely on.

Under the 12th Amendment, the US Congress is responsible for resolving an election dispute in a what is known as a “contingent election”, according to the National Constitution Center. 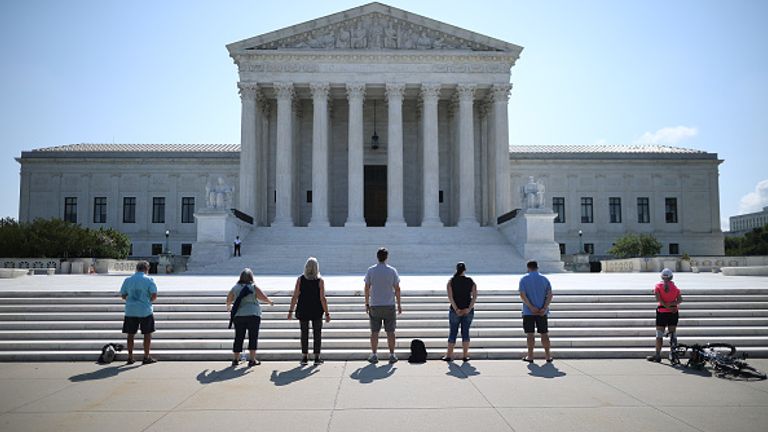 This is held after the newly elected Congress is in office.

The House and Senate could agree to exclude some state votes from the election.

If they couldn’t agree, it could even lead to Democrats insisting Speaker of the House Nancy Pelosi becoming acting president.

However, the US Constitution also says that any objections must first be brought in state courts using their own legal system.

But these cases could also end up being appealed to the Supreme Court. 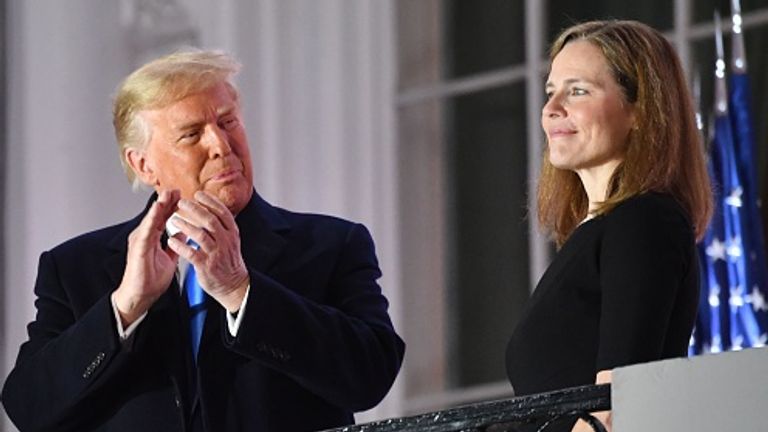 That could potentially drag out the result for many weeks or months – as happened in 2000 when America’s top court was involved in George W Bush’s knife-edge win over Al Gore.

If the 2020 election does go that far, the president’s supporters may have reason to be hopeful.

Mr Trump’s nominee for the court, Amy Coney Barrett, was sworn in days before the election – a move widely seen as a victory for the president and the Republican movement.

New NHL arena in Calgary back on the table, tentative agreement struck