Home » Americas » US election results: What does a Biden presidency mean for the rest of the world?

The person in the White House determines much more than just what happens in the United States.

When Joe Biden takes office in January, there will be a dramatic shift in global politics.

After the protectionism of Donald Trump, who withdrew from the Paris Climate Agreement, the World Health Organisation and attacked NATO and the UN, Mr Biden is set to play a far less hostile role on the world stage.

Here, Sky News correspondents from around the world give their views on how he will change things where they are.

Repairing the battered relationship between the US and Europe

European leaders expect that Mr Biden will work hard, and enthusiastically, to repair the battered relationship between America and Europe.

They will hope for the US to back down on the tariffs imposed by Donald Trump and to engage more with its historic allies. 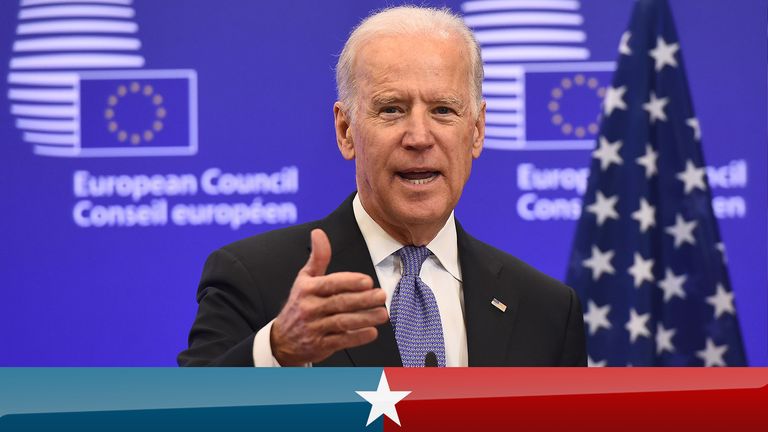 In the first instance, that will mean signing back up to the Paris Climate Accord and engaging more constructively with NATO.

Europe’s leaders also expect Mr Biden to share their nervousness towards Russia – an area in which Mr Trump was seen as being unpredictable and ambiguous.

The US and the EU are likely to work much closer together in framing policy towards trade with China.

He thinks that relations between America and the UK have frayed and now sees a chance to renew the old ties between France and the US.

Mr Macron is always keen to be seen as Europe’s foremost statesman – expect him to rush over an invitation for Mr Biden to visit Paris.

Who did China want to win? With Donald Trump, Beijing faced an unprecedented anti-China stance, but also four years of slapdash decision making.

Joe Biden may not be as instinctively anti-China, but he also promises a return to a more traditional, less impulsive foreign policy. 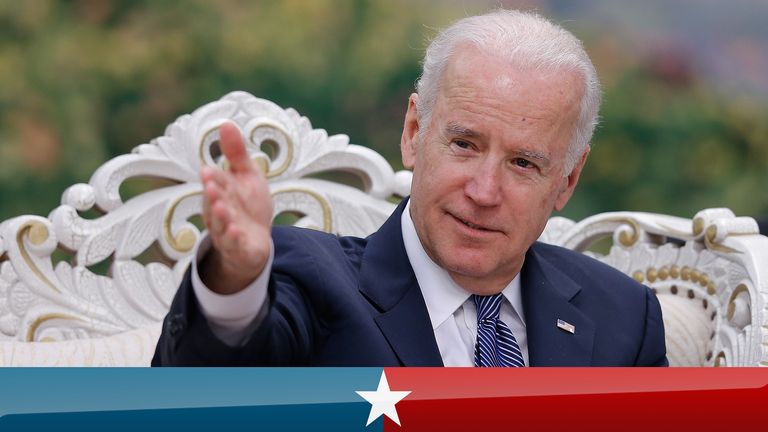 But China is one of the few issues a partisan Washington DC agrees on – even if Mr Biden softens some aspect of US-China confrontation, especially on tariffs, there is little space to change course dramatically.

And he will bring two points of pressure that Mr Trump did not – genuine concern for human rights abuses and mustering allies, whether in Asia or Europe, to support his position on China.

A poll before the election showed most Taiwanese favoured Mr Trump to Mr Biden, because of Mr Trump’s perceived toughness on China.

And Kim Jong Un now faces a president who calls him a “thug” instead of one who called him a “friend”.

Commitment to re-engage with African youth will be welcomed

Joe Biden has not said a whole lot about Africa as he has campaigned for the US presidency.

For those willing to dig, there are a couple of paragraphs submitted by Democratic Party contenders in 2019 on the continent’s population growth.

With the number of young people in Africa fast increasing – and urbanising – Mr Biden wrote: “The United States cannot afford to miss this moment to engage with African youth and to offer them a window into the American model of democracy.”

A commitment to re-engage in the political life of the continent, after four years of disinterest at the hands of the Donald Trump administration, will be welcomed by progressive politicians and people looking for a measure of accountability in public life.

However, the continent’s current crop of largely aged and undemocratic leaders would, no doubt, prefer the new US president to stay clear.

Besides, the Chinese are the big economic players now – the Americans are no longer indispensable.

Joe Biden has already signed up a number of advisers who worked under Bill Clinton and Barack Obama – and with the former assistant secretary of state for African affairs, Susan Rice on board, his team will offer continuity with previous Democratic administrations.

Furthermore, in Kamala Harris, Biden has a vice president with an African-American parent, a feature that will stimulate interest and open doors.

Barack Obama, who was the son of a Kenyan economist, was greeted by massive crowds on each of his four trips to Africa during his time in office.

Less tough talk on Iran and more sympathy towards Palestine

Expect more predictability; a return to the cautious diplomacy of the Barack Obama years.

That era was defined by the Arab Spring and the rise of IS but behind these tumultuous events, Mr Obama’s policies achieved little. 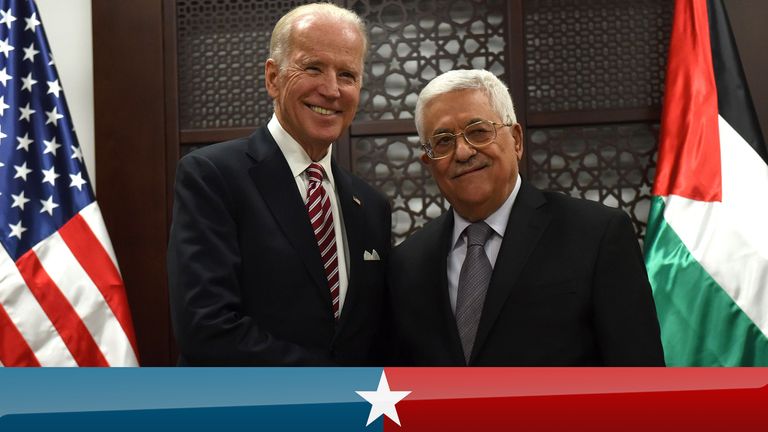 The biggest shift will probably be Iran.

Mr Biden was vice president when Mr Obama led the nuclear talks which he sees as a diplomatic triumph.

We may not see Mr Biden rushing back to the table, but expect a lot of the tough talk, sanctions and threats from the Trump era to be toned down.

On Saudi Arabia, Mr Biden, like Mr Obama, will be more cautious and less effusive in his praise of the monarchy. Nevertheless the military, diplomatic and strategic relationship will continue.

Mr Trump had been more accommodating of authoritarianism in the region. Mr Biden has pledged to address this but decades of US policy in the Middle East says otherwise. The US administration will always turn a blind eye to autocrats as long as their interests are aligned.

Israel enjoyed an extremely close relationship with Mr Trump. This will continue under Joe Biden but the Trump ‘Deal of the Century’ between the Israelis and the Palestinians will be ditched or heavily amended.

US policy towards the Palestinians will be more sympathetic.

Reversing the Trumpian drift towards unilateralism with Russia

The Kremlin understands that the US political establishment whoever is in charge will remain deeply hostile towards Russia.

Donald Trump has demonstrated unabashed admiration for the Russian leader and has refused to call out Kremlin malfeasance. 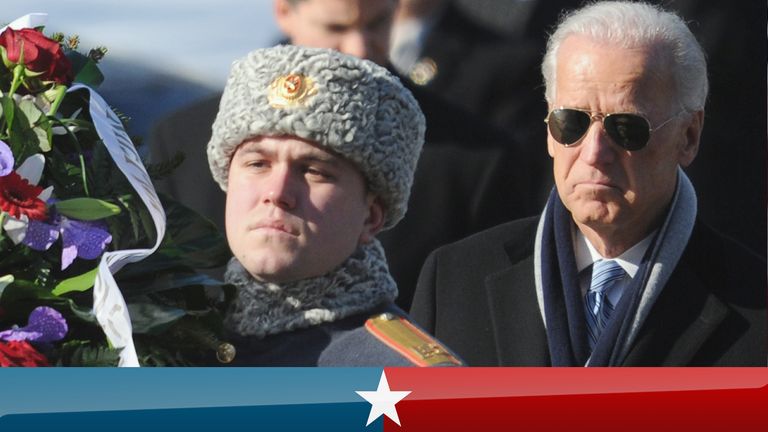 At the same time, the steady expansion of the sanctions regime under his watch and his decision to provide lethal force to Ukraine means his administration’s Russia policy has stayed punitive.

Joe Biden was vice president during the last attempted reset with Russia and understands there can be no improvement in relations with Mr Putin in power.

That said the Kremlin may appreciate a degree of predictability in a US leader and is hopeful Mr Biden will engage on pressing issues like arms control.

A Biden presidency however will reverse the Trumpian drift towards unilateralism. That, for the Kremlin, would be regrettable.

If Donald Trump has served their purposes it is by undermining the multilateralism that keeps bad actors like Russia in check.

In contrast, Mr Biden will commit himself wholesale to the democratic values and institutions to which the Kremlin pays lip service while working actively to undermine.

A new period of US involvement and compromise with the Americas

The countries to the south of the world’s biggest economy and richest nation have got used to dealing with the vagaries of American involvement. 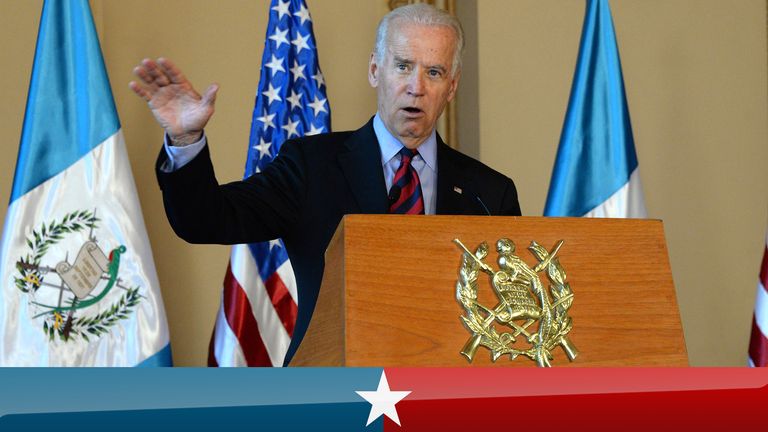 From overt interference to nonchalant ignorance, the countries and political leaders of all the countries have had to fashion their own ways of either accepting the demands or wishes of America, or have looked to form partnerships with countries open to closer ties, predominantly, these days, China.

Latin America finds itself in serious trouble and could use a closer relationship with the US arguably now more than ever.

Political turmoil across South and Central America combined with economic decline, gang violence, corruption and now the COVID-19 pandemic that is wreaking havoc across the continent, has put many of the countries on course for economic and social collapse.

A Joe Biden victory would probably signal a new period of US involvement on the continent. 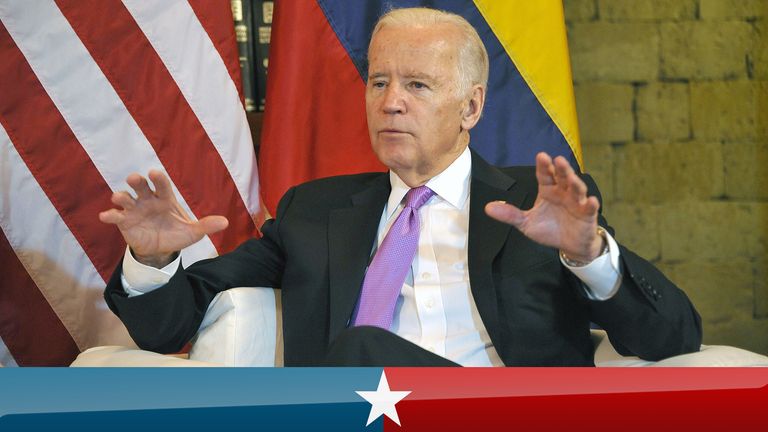 As the vice president, Mr Biden was President Obama’s Latin America point man. He visited regularly and is praised in many countries with trying to build alliances and more importantly listening to the political leaders not just lecturing them on what America wanted.

Mexico could safely assume that President Trump’s often critical, inflammatory and even racist rhetoric will not be repeated and issues like “The Wall” will be gone for good.

Mr Biden was already engaged with the so-called Northern Triangle countries of Guatemala, El Salvador and Honduras, where gang violence is out of control and has caused hundreds of thousands to head north and attempt either illegally or legally to enter the United States.

Some form of economic support would likely start again.

Venezuela, the pariah state of the Trump term in office, could be approached with some form of compromise, reducing or easing swingeing sanctions in return for a commitment to some political reforms.

None of this is certain but Mr Biden knows the continent and is likely to want to engage and continue some of the policies he and Mr Obama devised and operated up until four years ago.