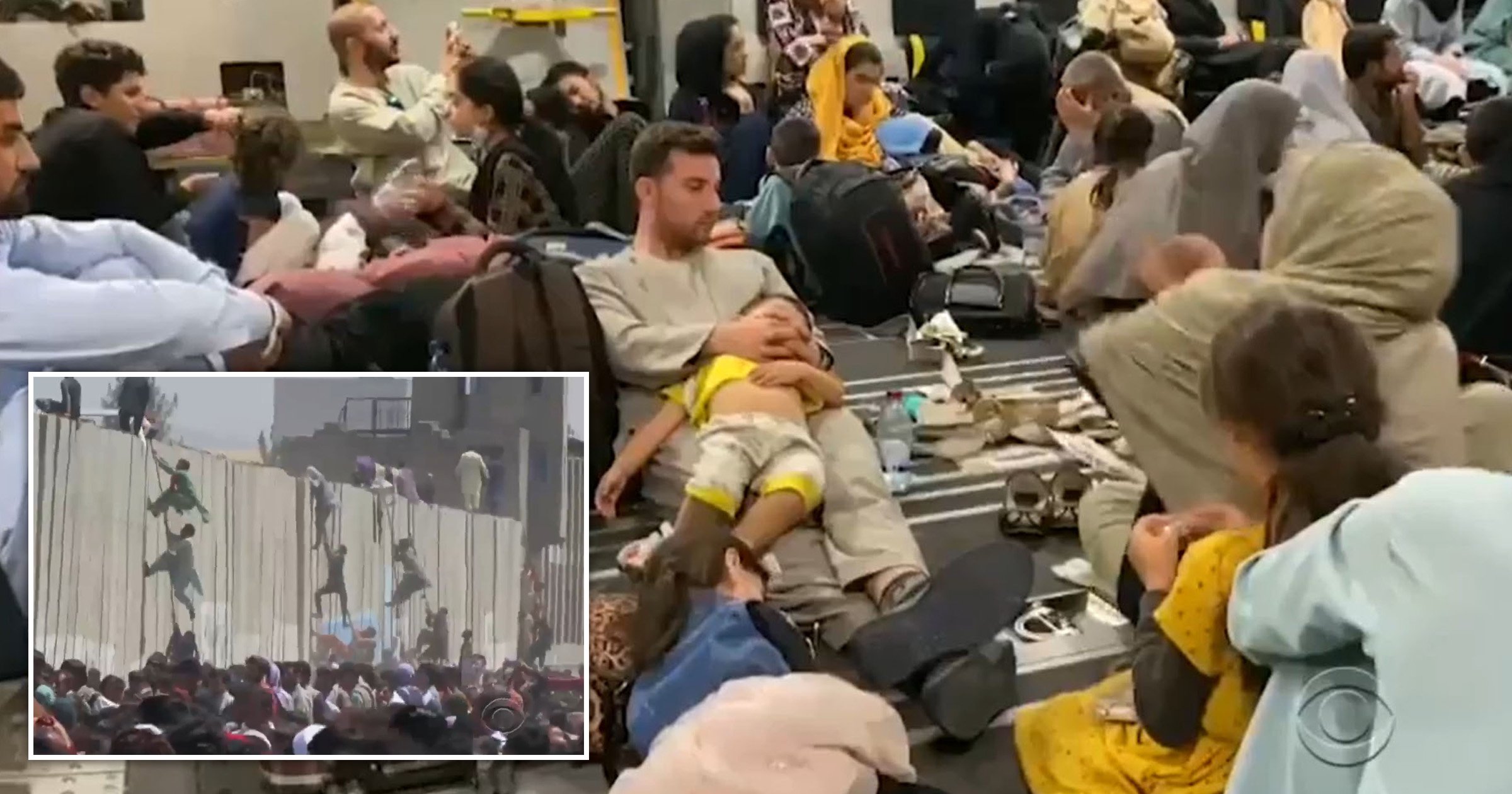 US cargo planes with the capacity to carry 600 people departed Kabul with an average of just 100 each as Afghan civilians struggled to get past the Taliban to reach the airport.

The crisis in collapsed Afghanistan intensified with the US trying to evacuate as many Americans and allies as possible. The Taliban said it would allow them through, but reportedly turned increasingly violent.

On Tuesday night, 18 C-17 US Air Force jets took off from Kabul airport with 2,000 people, including 365 Americans. A CBS journalist aboard one of the plans recorded footage of it transporting 300 people. With 1,700 people and 17 remaining aircraft, each plane carried an average of 100 passengers, according to the Daily Mail.

The C-17’s are designed to carry 150 soldiers and massive cargo but can be used to transport 600 people without exceeding weight limits. The aircraft lifted off far from full, as civilians reportedly weren’t let through to the airport.

Reporting on the ground on Wednesday, CNN chief international correspondent Clarissa Ward said Taliban fighters gained control around the perimeter of the airport where people were ‘waiting, trying desperately to get out of the country’.

‘It’s very hectic, we’re about 200 yards from the entrance to the Kabul airport,’ Ward said in a live report as gunshots sounded in the background. ‘There are Taliban protesters around… we have seen them and heard them firing on the crowds to try and disperse them.’

‘This was impossible for an ordinary citizen, even if they have their paperwork… no way they’re running that gauntlet,’ she said. ‘No way they’re going to be able to navigate that. It’s very dicey, it’s very dangerous and it’s completely unpredictable.’

About 11,000 Americans remain in Afghanistan and some said they tried to make their way to the airport but have been turned away by Taliban members at checkpoints. In addition, tens of thousands of Afghan nationals are seeking to escape.

The State Department on Wednesday afternoon updated its guidance to instruct all Americans to head to the airport – but could not ensure their safety getting there.

During a press conference, Deputy Secretary of State Wendy Ruth Helman said the Taliban was following its word to allow Americans to pass, but acknowledged reports stating otherwise.

‘The Taliban made a commitment to safe passage for Americans… it appears the commitment has been solid,’ she said. ‘We have heard all of the stories that many journalists are reporting about checkpoints, harassment, difficulties, jammed traffic.’

Helman added: ‘We are trying to work through those issues but I will tell you this. In spite of the obstacles, many, many Afghans are finding their way to the airport.’

In a Pentagon briefing, Defense Secretary Lloyd Austin stated that US troops ‘don’t have the capability to go out and collect up large numbers of people’.

‘What we’re confident (in) is we’re going to maximize capacity,’ Kirby said of the flights, which were planned to depart every hour beginning on Wednesday.

Did whistleblower rules change in US?