Home » Americas » US House and Senate at odds over migrant bills 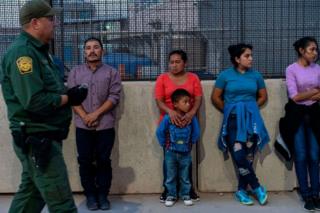 The Republican-controlled US Senate has approved a bill to send aid to the border with Mexico, as the image of a drowned migrant family shocked the US.

It earlier rejected a rival aid bill from the Democratic-led House of Representatives imposing restrictions on US immigration agencies.

Lawmakers in both chambers now face pressure to reconcile the two bills.

The funding bill battle comes amid outrage over photos showing a drowned migrant father and daughter at the US-Mexico border, and days after reports emerged of detention facilities where migrant children were being held in “horrific” conditions.

Rebuilding a Puerto Rico Barrio: ‘Dead Is the Only Way They’ll Ever Get Me to Leave’

Ottawa wants to help millennials to buy homes, RBC says there is no ‘magic bullet’