Chinese diplomats in the US required to notify State Department before any meetings with American officials, academics. 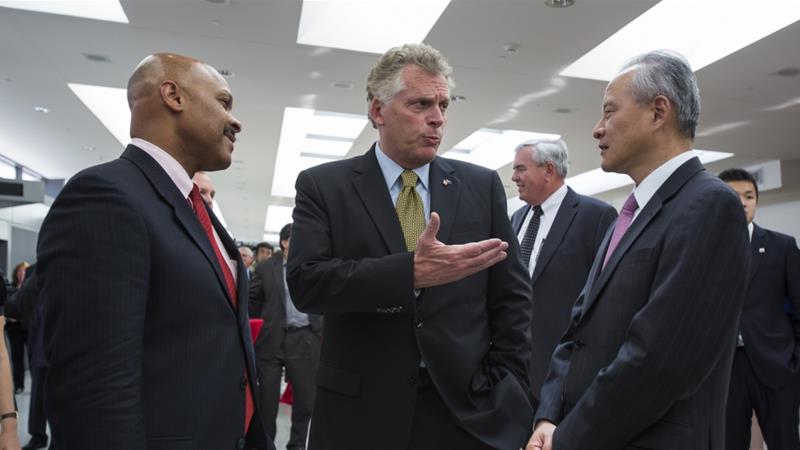 The United States on Wednesday ordered diplomats from China to notify the State Department before meeting federal and local officials, calling it a “reciprocal” move.

A senior State Department official, speaking on condition of anonymity, said the new restrictions came in response to the inability of US diplomats to meet a range of Chinese officials and academics.

“Unfortunately in China, US diplomats do not have unfettered access to a range of folks that are important for us to do our job there,” the official told reporters.

The move comes as Washington and Beijing — the world’s two largest economies — are locked in a bitter trade dispute. A partial deal is now being put down in writing, President Donald Trump said on Wednesday.

Chinese diplomats will now be required to tell the State Department in advance of any official meetings with US diplomats, local or municipal officials, and before any visits to colleges or research institutions.

“What we’re trying to achieve here is just to get closer to a reciprocal situation,” the official said, emphasising that Chinese diplomats were not being asked to get “permission” for their visits.

The official said he hoped the measure would prompt Beijing to open up its own country a bit more to US diplomats.

The US decision is the latest in an ongoing diplomatic tit-for-tat with China.

Last week, Chinese Foreign Minister spokesman Geng Shuang had accused the US of harassing Chinese scholars, students, businessmen and scientists through the denial or revocation of visas.

Geng complained the US was thwarting “normal people-to-people exchange” and infringing on the “safety and lawful rights and interests” of those involved.

China’s Ministry of Public Security also announced last week that it is planning to impose tighter visa restrictions on US nationals with ties to “anti-China” groups, including those employed, or sponsored, by US intelligence services and human rights groups.

The US and China are also at odds over intellectual property rights and human rights questions including freedom of speech.

US State Secretary Mike Pompeo has also been putting pressure on China over its treatment of Muslim Uighurs, calling it “enormous human rights violation”.

White US ex-cop guilty of murder for shooting black neighbour