Home » Americas » US inmate has ‘no right to painless death’ 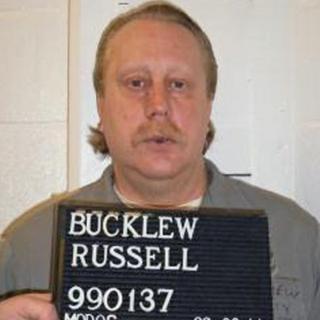 The US Supreme Court has ruled that a convicted murderer on death row in Missouri has no right to a “painless death”.

The ruling clears the way for the execution of Russell Bucklew, who asked for gas rather than lethal injection, citing an unusual medical condition.

The 5-4 ruling split along the court’s ideological lines.

Bucklew was sentenced to death in 1996 for rape, murder and kidnapping in an attack against his ex-girlfriend and her new partner and six-year-old son.

In recent court filings, Bucklew argued that his congenital condition, cavernous hemangioma, might cause him excessive pain if he is put to death by lethal injection.

The condition causes blood-filled tumours in his throat, neck and face, which he said could rupture during his execution causing him extreme pain and suffocation.

According to Bucklew, he would feel excessive pain if the state executioner is allowed to use the state’s preferred method of a single drug, pentobarbital, applied by needle.

But the Supreme Court’s conservative justices said on Monday they considered the legal effort to be a stalling tactic.

They said it was up to the prisoner to prove that another method of execution would “reduce a substantial risk of severe pain”, but he had not done so.

Writing for the majority, Justice Neil Gorsuch noted that Bucklew had been on death row for more than 20 years.

“The eighth amendment [to the US constitution] forbids ‘cruel and unusual’ methods of capital punishment but does not guarantee a prisoner a painless death,” wrote Justice Gorsuch, who was appointed by President Donald Trump in 2017.

He continued: “As originally understood, the eighth amendment tolerated methods of execution, like hanging, that involved a significant risk of pain, while forbidding as cruel only those methods that intensified the death sentence by ‘superadding’ terror, pain or disgrace.”

Liberals on the court, including Justice Stephen Breyer, argued that Bucklew’s condition should have allowed for him to be put to death by nitrogen gas, a method allowed in three states.

“There are higher values than ensuring that executions run on time,” wrote Justice Sonia Sotomayor in a separate opinion, adding that secrecy in the death penalty process has recently yielded different results in two similar cases.

In one case in Alabama, a Muslim man was forbidden from having an imam with him during his execution, but the court halted a similar sentence after an appeal by a Buddhist who wanted his spiritual adviser present when he was put to death.

In Justice Gorsuch’s majority opinion in the Bucklew case, he referred to those two cases, saying the inmate in Alabama had been given ample time to voice his complaint, but chose to do so only 15 days before he was scheduled to die.