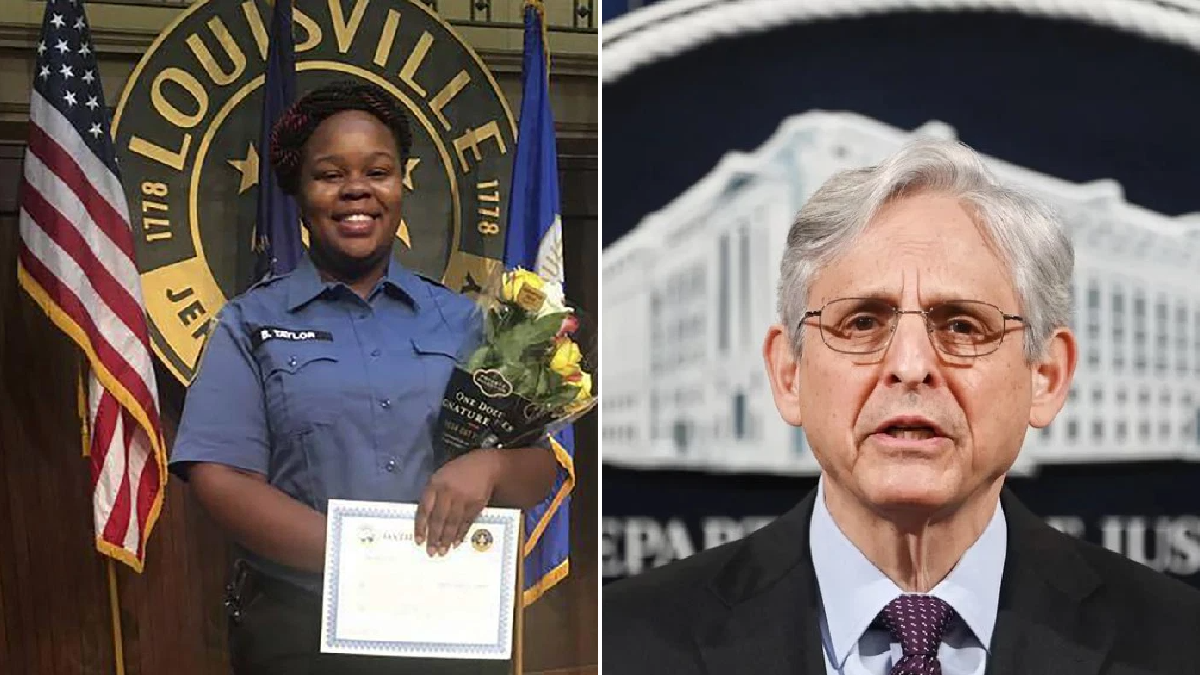 The Department of Justice announced an investigation into the Louisville Metro Police Department over the March 2020 fatal shooting of black woman Breonna Taylor.

It comes a week after the Justice Department launched a similar probe into the Minneapolis Police Department after former police officer Derek Chauvin was found guilty of murdering black man George Floyd.

‘The investigation will assess whether LMPD engages in a pattern or practice of using unreasonable force, including with respect to people involved in peaceful, expressive activities’, Attorney General Merrick Garland said in a press conference on Monday.

‘It will determine whether LMPD engages in unconstitutional stops, searches and seizures, as well as whether the department unlawfully executes search warrants on private homes’.

Taylor, 26, a Louisville emergency medical technician, was shot and killed by police in her home as they performed a narcotics raid on her apartment. She was not the person listed in the warrant nor the suspect in the raid.

The city of Louisville settled with Taylor’s family for $12million in September and the settlement included various police reforms.

LMPD fired police officer Brett Hankison, who was involved in Taylor’s shooting, stating that he ‘displayed an extreme indifference to the value of human life’.

Last Wednesday, the Justice Department initiated a ‘pattern or practice’ investigation into the Minneapolis Police Department, one day after a jury convicted Chauvin on all three charges he faced in the killing of Floyd.

Garland said the probe into Minneapolis police would go further than a separate investigation into Floyd’s death.

‘Yesterday’s verdict in the state criminal trial does not address potentially systemic policing issues in Minneapolis’, Garland said last week. ‘Building trust between community and law enforcement will take time and effort by all of us. But we undertake this task with determination and urgency, knowing that change cannot wait’.