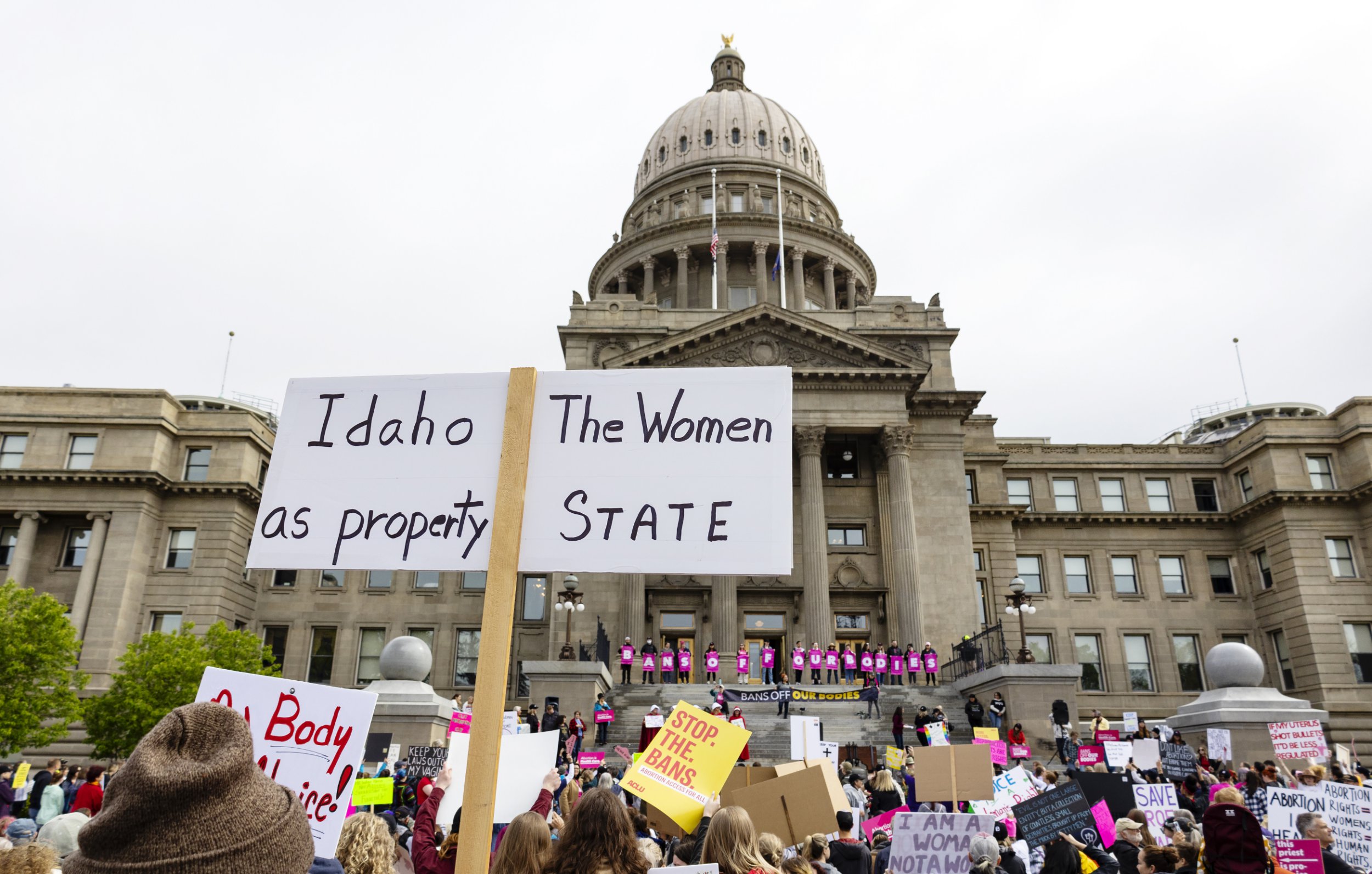 The Biden administration sued the state of Idaho on Tuesday over a law it says imposes a ‘near-absolute ban’ on abortion — the first lawsuit of its kind filed since the Supreme Court overturned Roe v Wade.

The state’s near-total ban would make it nearly impossible for patients who need an abortion in emergency medical situations to receive potentially lifesaving treatment, according to the Justice Department.

‘Today, the Justice Department’s message is clear… if a patient comes into the emergency room with a medical emergency jeopardizing the patient’s life or health, the hospital must provide the treatment necessary to stabilize that patient,’ Garland said during a news conference.

‘In the days since the Dobbs decision, there have been widespread reports of delays or denials to pregnant women experiencing medical emergencies, he added ‘We will use every tool at our disposal to ensure that pregnant women get the medical care that they are entitled to.’

Idaho’s new law would make providing abortions in almost all circumstances punishable by up to five years in prison. The ban has exceptions for cases of rape or incest if reported to authorities, or to prevent the death of the pregnant person.

A Fiji Junket, a Padlocked Office and a Pioneering Nonprofit’s Collapse

Expert weighs in on Kenney’s economic plan for Alberta, suggests PST could be an answer