Home » Americas » US: Larry Nassar's ex-boss at MSU not guilty of sexual misconduct

William Strampel acquitted on sexual misconduct charge but found guilty of neglect of duty and misconduct in office. 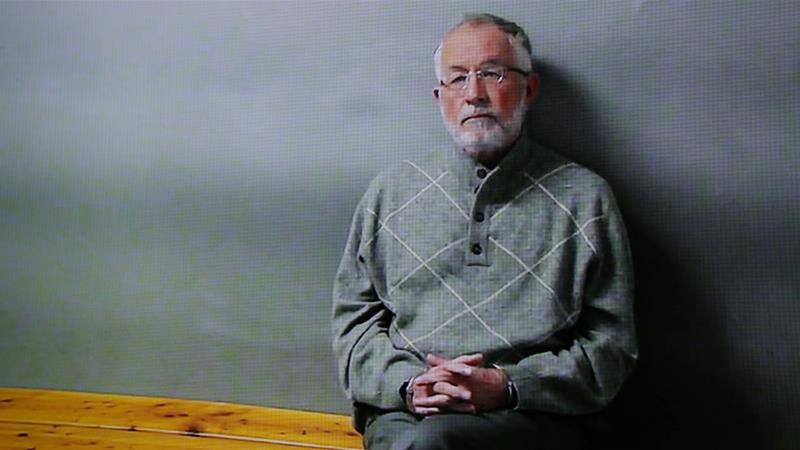 A former dean who had oversight of now-imprisoned sports doctor Larry Nassar at Michigan State University in the United States was found guilty on Wednesday of neglect of duty and misconduct in office but acquitted on a more serious criminal sexual conduct charge.

William Strampel, the ex-dean of the College of Osteopathic Medicine, was the first person charged after Michigan’s attorney general launched an investigation 18 months ago into how Michigan State handled complaints against Nassar, who pleaded guilty to molesting patients and possessing child pornography.

Strampel, 71, had been accused of engaging in sexual misconduct against female students and not enforcing patient restrictions imposed on Nassar following a 2014 complaint.

Jurors found him not guilty of felony criminal sexual conduct in the second degree – a charge that could have sent him to prison for 15 years.

He could still face up to five years in prison on the felony misconduct conviction, which stems from a charge that he used his public office to harass, discriminate, demean, proposition and sexually assault students.

“Today’s verdict sends a clear message: It’s time to change the culture in our schools and medical communities so that our female students and doctors receive the same treatment and respect as their male counterparts,” Michigan Attorney General Dana Nessel said in written statement. “Public officers who brandish their power to demean, insult, objectify and abuse female students will be held accountable.”

Strampel left the court without commenting. His attorney, John Dakmak, said it “speaks volumes” that jurors “saw through a lot of allegations that fell flat”.

During Strampel’s trial, which began on May 30, multiple former medical students testified about sexual comments he made during one-on-one meetings.

They accused him of staring at their breasts. Women who worked as model patients during exams also testified about unprofessional and sexual comments.

Prosecutors alleged that Strampel willfully neglected a duty to enforce the limits put on Nassar in 2014 after a patient accused the doctor of sexual contact – such as not treating patients near any sensitive areas on the body without a chaperone present.

The defence said Strampel was among many officials who had a role, and said it is not a crime to use “locker room talk” no matter how offensive it may be.

Nassar was fired in 2016 after another victim went public and brought Title IX – a law banning sexual discrimination in education – and police complaints. He was sentenced to effectively spend the rest of his life in prison in 2018 after hundreds of women and girls gave powerful statements against him in two courtrooms.

Montreal’s Dawson College will continue courses online through the fall

Coronavirus: Quarantined doctors turn to video chats so they can see patients