A gunman has opened fire at a country and western bar in California, the latest in a long line of mass shootings in the United States.

Twelve people were killed in what is the 307th mass shooting (one which involves multiple deaths or injuries) this year.

They have become a depressingly regular feature of American life – these are some of the deadliest and most infamous. 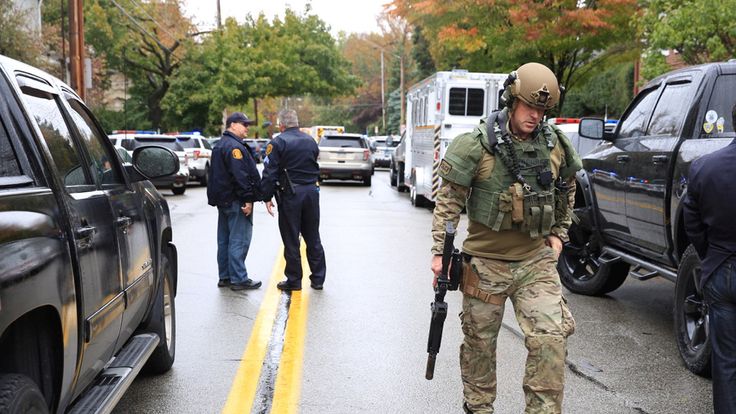 Suspect Robert Bowers is said to have been carrying an AR-15 rifle and three Glock 357 handguns when he stormed into the place of worship and opened fire during a baby naming ceremony, killing 11 people.

The oldest victim was 97.

Bowers, 46, shot one of the first two officers to respond in the hand, and the other was wounded by “shrapnel and broken glass”. 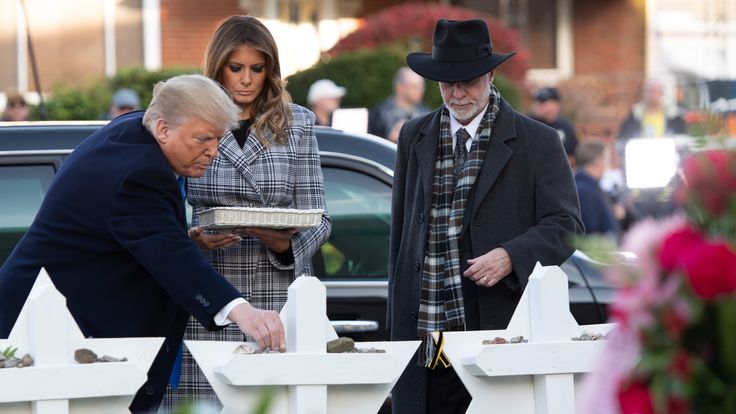 A tactical team found Bowers on the third floor of the synagogue, where he shot two other officers.

He was treated in hospital for gunshot wounds and charged with 29 counts, including 11 of murdering people exercising their religious beliefs. Ten people were killed and the same number wounded when a gunman opened fire at the high school.

The suspect, student Dimitrios Pagourtzis, used a shotgun and a .38 revolver obtained from his father, authorities said.

The 17-year-old, who had posted a picture of himself on Facebook wearing a “Born to Kill” shirt, was charged with capital murder.

Though both guns were legally owned, it is not clear whether the suspect’s father knew his son had taken them. A gunman entered the school armed with at least one AR-15 assault rifle, a gas mask, smoke grenades and several magazines of ammunition.

He deliberately set off the fire alarm so youngsters would leave their classrooms as he arrived at the scene.

Twelve people were shot dead in the school building, two outside, one in the street and two people were left with injuries from which they later died. 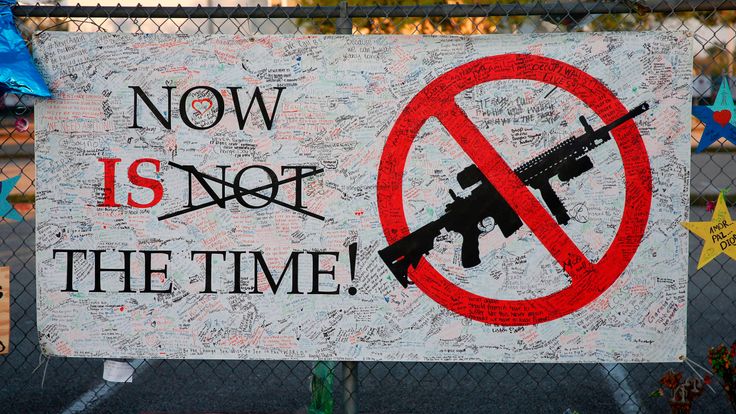 Among those who tried to save students was football coach Aaron Feis, who died after apparently using his body as a shield against the bullets.

The gunman was then detained without incident in the nearby town of Coral Springs after the Valentine’s Day massacre and taken to hospital with minor injuries.

Former student Nikolas Cruz, 19, has been charged with 17 counts of premeditated murder and 17 of attempted murder.

The shooting sparked a renewed debate about gun laws, with calls for stricter regulations as a way of helping to avert future tragedies. 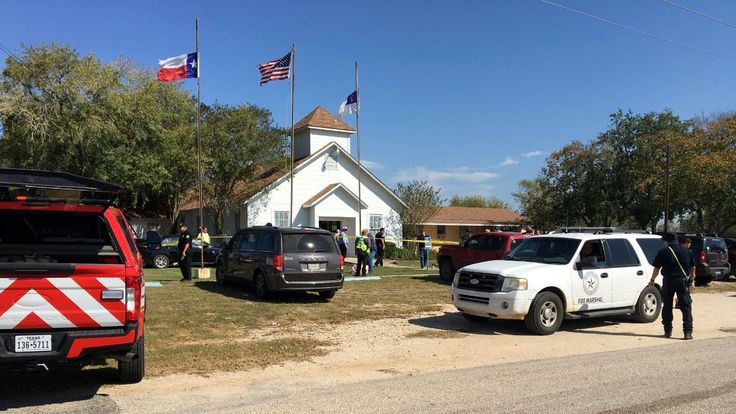 Kelley was wearing black tactical gear and a ballistic vest when he launched his attack as worshippers gathered for a Sunday service at the church, southeast of San Antonio.

The 26-year-old served in the Air Force before being thrown out for assaulting his family. Stephen Paddock opened fire on the country music event from the 32nd floor of the nearby Mandalay Bay Hotel.

The 64-year-old killed 58 people in the deadliest mass shooting in modern US history.

An hour after firing more than 1,000 rounds over the course of 10 minutes, Paddock was found dead in the hotel room of a self-inflicted gunshot wound.

Investigators still do not know what motivated him to carry out the massacre. Omar Mateen, 29, walked into the nightclub shortly before 2am, armed with an assault rifle, a handgun and multiple rounds of ammunition.

As he opened fire on the more than 300 people in the popular gay venue, Mateen killed 49 before he was shot dead by police following a three-hour standoff when he holed himself up in a toilet.

In a call to police during the atrocity, Mateen claimed he had pledged allegiance to Islamic State. 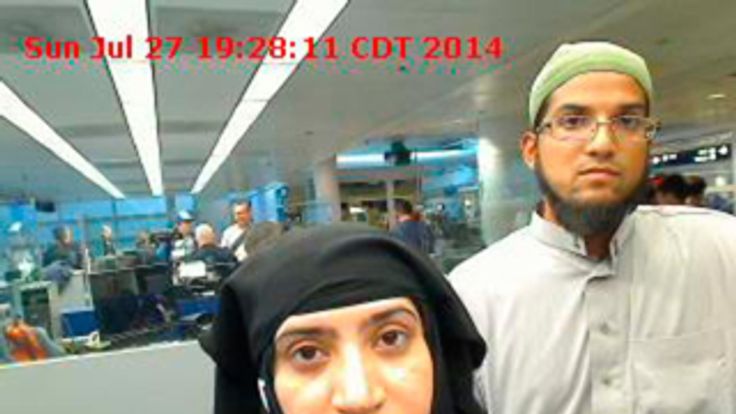 Syed Rizwan Farook, a US citizen, and his Pakistan-born wife Tashfeen Malik, shot dead 14 employees of the county’s health department who were at a holiday party.

After the shooting, the couple seemingly drove at random around the city, before they were spotted returning home and were killed in a gun battle.

An FBI investigation found the pair were “homegrown violent extremists who were inspired by, but not acting under the direction of, foreign terrorist groups. Dylann Roof shot dead nine black churchgoers after being invited into the church – the South’s oldest – to worship with them.

About 45 minutes into the study session, as the group closed their eyes to pray, he began firing the Glock .45 he had been carrying. In January 2017, the 22-year-old was sentenced to death for the racially motivated attack, becoming the first person in the US to be given the federal death penalty for hate crimes.

Roof, who wanted to incite a race war, posed with the Confederate flag in a number of photos that emerged after the shooting.

This sparked a debate about race relations in the US and led to many Southern states removing the flag – flown by the slavery-supporting South during the Civil War – from civic buildings. British-born student Elliot Rodger killed six people in a gun and knife rampage near the university campus on 23 May 2014.

The 22-year-old repeatedly stabbed three men to death in his apartment before taking to the streets in his BMW to target female students. 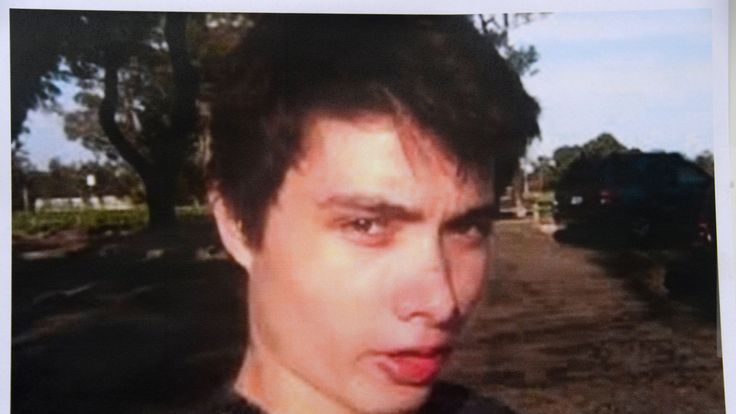 He had three semi-automatic handguns and 400 rounds of ammunition with him when he died from a self-inflicted gunshot wound.

In a disturbing 141-page document entitled My Twisted World, as well as in YouTube videos, Rodger vented his rage at women who rejected him.

“I will punish all females for the crime of depriving me of sex,” he wrote. Adam Lanza shot and killed his mother Nancy at their home before stealing a number of her guns.

The 20-year-old then drove his mother’s car to the school, which he attended as a child, and shot his way in before killing 20 children, six adults and himself within 11 minutes. After the shooting, Lanza was said to have had “an obsession” with the 1999 Columbine high school massacre.

The shooting shocked America and led to a White House bid to control gun violence, but the effort failed. The 23-year-old began his rampage in a halls of residence on campus, shooting two students dead.

He later returned to his room, before heading to an academic building two hours later where Cho killed the majority of his victims.

Cho was revealed to have previously spent a night at a hospital’s psychiatric ward, as well as being in contact with mental health staff.

A subsequent report criticised the university’s mental health services and the gunman’s ability to purchase guns.

It remains the deadliest school shooting in US history. 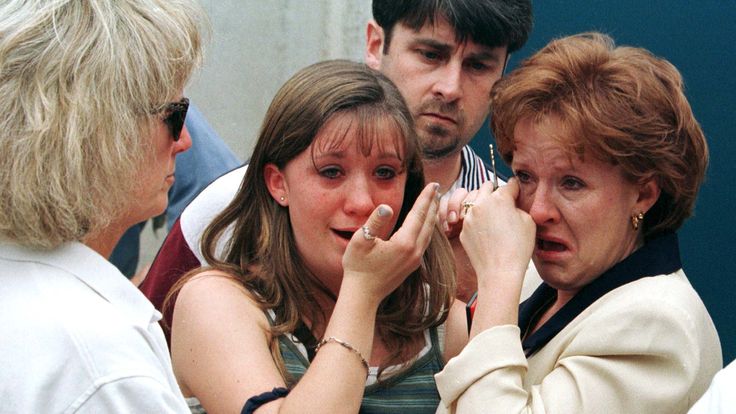 Seniors Eric Harris and Dylan Klebold murdered 12 students and one teacher and planted more than 100 explosive devices around their school.

They exchanged fire with police officers at the scene before shooting and killing themselves.

Police said Harris and Klebold walked into the school cafeteria and left two bags of explosives which they set to explode.

They left the building and waited, but went back in when they failed to detonate and began their killing spree. 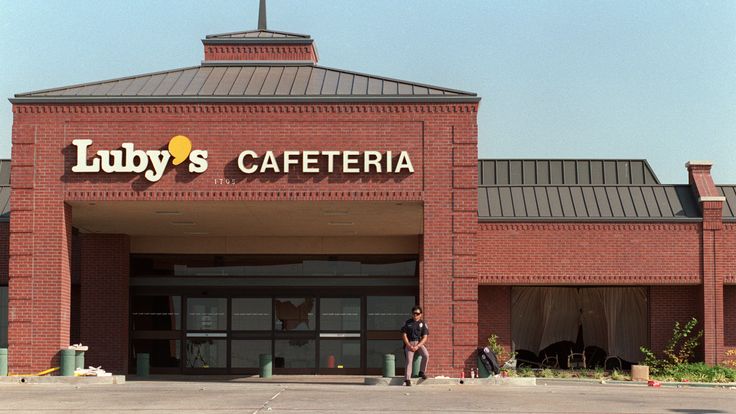 After crashing his pickup truck through the wall of the building, George Hannard shot and killed 23 people before killing himself.

Most of the unemployed seaman’s victims were female, which prompted a belief the 35-year-old’s deadly shooting spree was motivated by a hatred of women.

Armed with three firearms, including an Uzi submachine gun, James Huberty, 41, shot dead 21 adults and children inside the restaurant south of San Diego.

More than an hour after he began his rampage, the unemployed former security guard was shot dead by a SWAT team sniper. Charles Whitman shot and killed 15 people from the viewing platform of the main building at the university on 1 August 1966.

A former Marine sharpshooter, the 25-year-old architectural student was able to accurately aim at people below.

He had shot and killed his mother and stabbed his wife to death the night before, before shooting and killing 14 people on this day of his carefully planned attack.

The 15th victim, David Gunby, died in 2001 due to chronic kidney problems which he suffered as a result of the gunshot wound inflicted by Whitman. One of his victims was an unborn child.