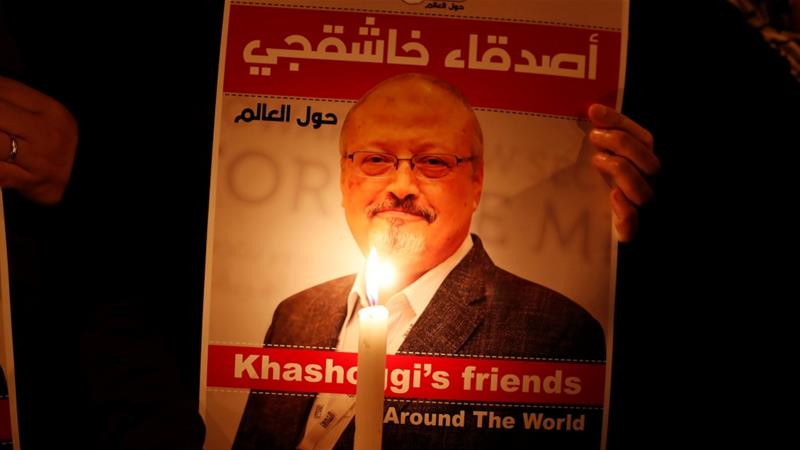 A bipartisan group of US senators introduced legislation on Thursday seeking to strike back at Saudi Arabia over the death of a Saudi journalist at a consulate in Turkey and for its role in the devastating war in Yemen.

If the bill were to become law, it would suspend weapon sales to Saudi Arabia and prohibit US refueling of Saudi coalition aircraft for Riyadh’s campaign in Yemen against the Houthi rebels.

It also would impose sanctions on anyone blocking humanitarian access in Yemen and anyone supporting the Houthis in Yemen.

The Senate proposal comes a day after House Republicans moved to block a bill aimed at ending US support for the Saudi involvement in Yemen.

Sponsored by three Republican and three Democratic senators, the Senate legislation, reflects growing dissatisfaction in the upper house of Congress over the Yemen war, which has killed more than 10,000 people and created major humanitarian crisis.

That frustration was exacerbated by the killing of Jamal Khashoggi at the Saudi consulate.

Khashoggi disappeared in Istanbul on October 2 while trying to secure paperwork for his upcoming marriage. Less than a week later, Turkish authorities revealed that they had recorded evidence that a Saudi hit squad had killed the journalist and dismembered his body before disposing of his remains.

Saudi Arabia initially rejected the explanation, but as Turkish authorities continued to leak evidence of high level involvement, Riyadh eventually accepted its agents had played a role in the killing with a series of contradictory explanations.

Turkey insists that Riyadh still has not come clean about the killing, but has so far stopped short of directly pointing the finger at Crown Prince Mohammed bin Salman.

Earlier on Thursday, US politicians welcomed sanctions against 17 Saudi men involved in his killing, but many also said the punitive measures did not go far enough.

Republican Senator Bob Corker called the sanctions a “significant step”, but added that he hopes additional action will be taken.

“I have a lot of concerns about the trajectory that Saudi Arabia is on right now, and I think a price needs to be paid,” the chairman of the Senate Foreign Relations Committee, said in a statement.

Corker said he has requested a meeting with Defense Secretary James Mattis, Secretary of State Mike Pompeo and CIA Director Gina Haspel “to share with us [the Senate] exactly what is happening with the US response to Saudi Arabia”.

Bob Menendez, the top Democrat on the Senator Foreign Relations Committee and one of the Senators who authored Thursday’s bill, said the sanctions were a “good first step”, but with the Saudi announcement about the death sentences, the US move “looks like a coordinated attempt to sweep this case under the rug.”

Others took their calls a step further, demanding the US to take action against the Saudi crown prince himself.

Democratic Senator Tim Kaine, who represents Virginia, where Khashoggi lived, said the sanctions were “insufficient” and suggested the administration of US President Donald Trump is “following the Saudi playbook”.

“This was state-sponsored murder. We need accountability,” Kaine tweeted.

Democratic Senator Ben Cardin said he remains “concerned that the [Trump] administration is enabling the Kingdom of Saudi Arabia in its effort to protect Crown Prince Mohammed bin Salman from accountability”.

He added, “It is difficult for any reasonable person with knowledge of Saudi Arabia’s government to believe such high-level officials would conduct a plot of this significance without the direction of the Crown Prince.”

Saudi officials maintain bin Salman had nothing to do with Khashoggi’s death.

The US sanctions on the 17 Saudi nationals were issued under the Global Magnitsky Act, which was triggered last month by a bipartisan group of Senators. The measures on Thursday targeted Saud al-Qahtani, one of Saudi Crown Prince Mohammed bin Salman’s top advisors, who is believed to have managed the operation to kill the Saudi writer.

Others targeted included Maher Mutreb, another aide to the prince, who was pictured at Saudi consulate in Istanbul on the day of the slaying.

“The Saudi officials we are sanctioning were involved in the abhorrent killing of Jamal Khashoggi,” Treasury Secretary Steven Mnuchin said.

“These individuals who targeted and brutally killed a journalist who resided and worked in the United States must face consequences for their actions,” he added.

The sanctions block the individuals’ assets in the US and generally prohibit US persons from engaging in transactions with those sanctioned.

The State Department called the sanctions “an important step in responding to Khashoggi’s killing”.

Separately on Thursday, authorities in Saudi Arabia said they will seek the death penalty for five individuals accused of carrying out Khashoggi’s murder. The authorities said 21 people were in custody over the killing, with 11 indicted and referred to trial. Al-Qahtani, has been banned from travelling and remained under investigation, Saudi officials said. Turkey dismissed the latest account by the kingdom as “inadequate”.