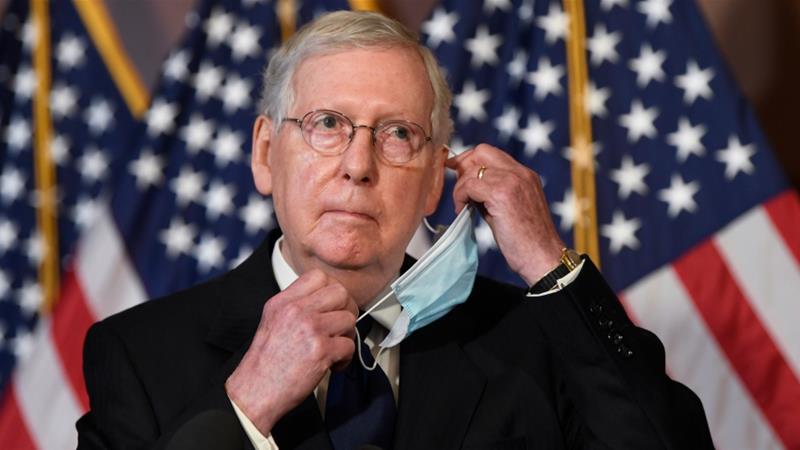 The US Senate on Thursday killed a Republican bill that would have provided about $300bn in new coronavirus aid, as Democrats seeking far more funding prevented it from advancing.

By a vote of 52-47, the Senate failed to get the 60 votes needed in the 100-member chamber to advance the partisan bill towards passage.

Senator Rand Paul, who opposed the deficit spending in the bill, was the lone Republican to vote no.

Democratic leaders in Congress have been pushing for a far more vigorous response – approximately $3 trillion in new aid amid the coronavirus pandemic. They said they still held out hope for negotiations to produce a compromise, but some senators expressed doubts that would happen before the November 3 presidential and congressional elections.

Congress is now expected to mainly focus on work on other pressing legislation so members can return to their home states in October to campaign for re-election.

Earlier this year, Congress quickly passed four important bills providing about $3 trillion to respond to the COVID-19 crisis. The Democratic-controlled House of Representatives passed a bill in May that would provide another $3 trillion in aid, but gridlock has since prevailed.

With Medical Bills Skyrocketing, More Hospitals Are Suing for Payment