‘Jails can be incubators for disease so we have to take bold and drastic steps,’ an official said. 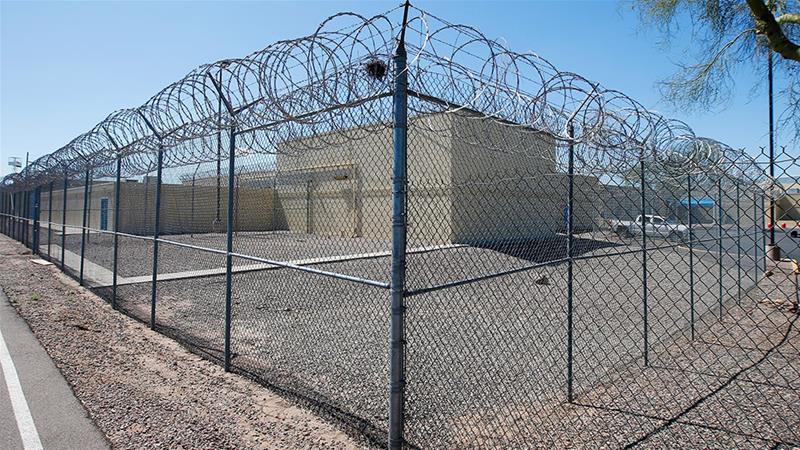 The state of New Jersey plans to release “low-risk” inmates serving county jail sentences to limit the spread of the coronavirus, the governor said on Monday.

The announcement follows an order late Sunday night signed by Stuart Rabner, chief justice of the state’s supreme court, to suspend or commute sentences being served by inmates as a condition of probation or a municipal court conviction.

The move is being made to protect the health of inmates and limit the spread of the COVID-19 disease, state Attorney General Gurbir Singh Grewal said.

“Jails can be incubators for disease so we have to take bold and drastic steps,” Grewal said.

People released will be subject to the state’s stay-at-home order and will serve their sentence once the health crisis is over, Grewal said.

Thousands of inmates in at least 16 states are being released in an effort to prevent the spread of the coronavirus in crowded jails and prisons. California, New York, Ohio and Texas are among the states where officials are sending low-level offenders and elderly or sickly inmates home early.

At the countrywide level, the Federal Bureau of Prisons (BOP) is still transferring some inmates from coronavirus hot spots such as New York City to prisons in other parts of the country, even as three prisoners tested positive for the COVID-19 respiratory illness over the weekend, a top union official said on Monday.

American Federation of Government Employees Council of Prison Local 33 President Shane Fausey called on Attorney General William Barr to take “unprecedented” action to temporarily stop the movement of all prisoners between facilities until the virus can be contained.

“I am imploring the attorney general of the United States to stop all inmate movement, shelter in place at least for 14 to 21 days, following the guidance of the White House press briefings,” he said in a phone interview.

Spokespeople for the US Department of Justice and BOP did not have any immediate comment.

The BOP, which operates 122 facilities, has taken some precautions similar to those in state and local jails and prisons by suspending social visits.

Donald Trump: What you need to know about the impeachment proceedings