Ankara criticises announcement that the State Department will fund military training for the Republic of Cyprus. 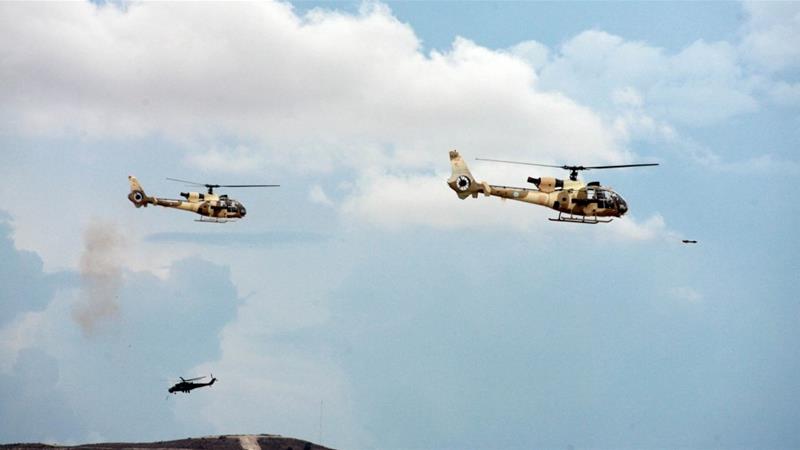 The United States has said it will conduct military training with the Republic of Cyprus for the first time, drawing criticism from its NATO ally, Turkey.

The announcement came months after the US Congress late last year ended an arms embargo on the entire island, imposed in 1987 to prevent an arms race and encourage a peaceful settlement in one of the world’s most enduring frozen conflicts.

Cyprus has been divided since 1974 when Turkish troops seized its northern third in response to an Athens-inspired Greek Cypriot coup aimed at uniting the eastern Mediterranean island with Greece. Seeds of conflict were sown earlier, prompting the dispatch of a United Nations peacekeeping mission in 1964.

Turkey still maintains tens of thousands of soldiers on the island’s north, which in 1983 declared itself to be a republic and is recognised only by Ankara.

US Secretary of State Mike Pompeo said on Wednesday the State Department for the first time had included Cyprus in its International Military Education and Training funding programme for 2020 as part of “our expanding security relationship”.

“This is part of our efforts to enhance relationships with key regional partners to promote stability in the Eastern Mediterranean,” Pompeo told reporters.

The announcement drew criticism by Turkey and the self-declared Turkish Republic of Northern Cyprus (TRNC). “Initiatives that do not observe balance between parties will not contribute to establishing a secure environment on the Island, nor will they help keep peace and stability in the Eastern Mediterranean,” foreign ministry spokesman Hami Aksoy said in a statement.

“As we have stressed many times before, these steps will not contribute to finding a solution to the Cyprus issue but instead strengthens the uncompromising approach of the Greek side,” he added.

While the island has remained largely peaceful in recent decades, and Greek Cypriot and Turkish Cypriot leaders have worked to build ties, numerous attempts at reunification have failed.

Meanwhile, tensions have recently flared over Turkey’s drilling for gas off the island, with the EU calling the move illegal.

US officials, at the same time, have encouraged the warming relations with Israel of both Cyprus and Greece.