At least six people have died and travellers have been left stranded while trying to get home after Thanksgiving as storms swept across the US.

In Missouri, three people died when their vehicles were involved in road accidents on flooded routes in Bollinger County.

The bodies of two young children have been found in central Arizona after a vehicle was swept away while attempting to cross a swollen creek, while a third child remains missing.

Two other storm-related deaths have been reported, one of a 48-year-old Louisiana man and another in South Dakota. 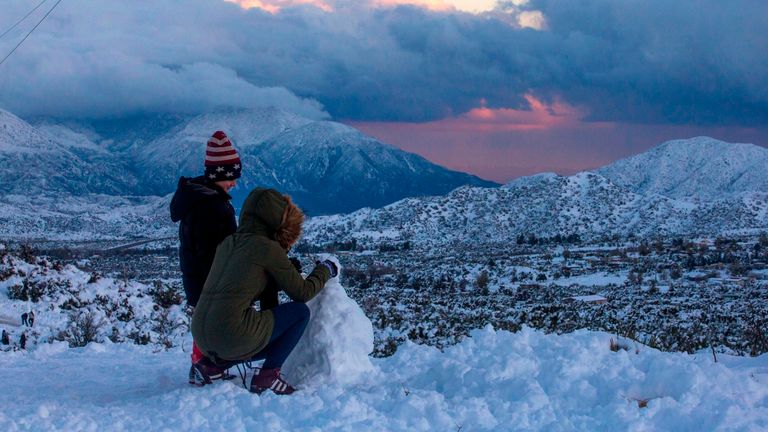 Those attempting to journey back after visiting friends and family for the holidays have been hit by delays.

San Francisco and Newark airports were among the worst affected, according to flight-tracking site FlightAware.

Wind and rain meant some arriving flights at San Francisco were delayed by more than four hours.

More than 150 flights into or out of the US were cancelled by Monday morning. There have been more than 270 delays.

In Wyoming and Colorado, roads had been shut after snow and high winds caused blizzard conditions and clogged roads with snow drifts. On Monday they began to reopen.

Parts of New England and New York are expected to get heavy snow and freezing temperatures, according to the National Weather Service.

New York police on Sunday had already responded to more than 550 storm-related crashes across the state by 7pm local time.

Sections of California to the northern midwest have also seen heavy snow.

The storm has moved across the US from the west coast in California and is now hitting New York.

Areas from Pennsylvania to Maine could see up to 20 inches of snow by Tuesday morning.

Temperatures rise in Halifax Infirmary as one of two chillers breaks

Tours of the Titanic wreck to cost $168,000 a ticket, hope to bring new life to century-old story

US defence chief opposes use of military to quell unrest
Europe