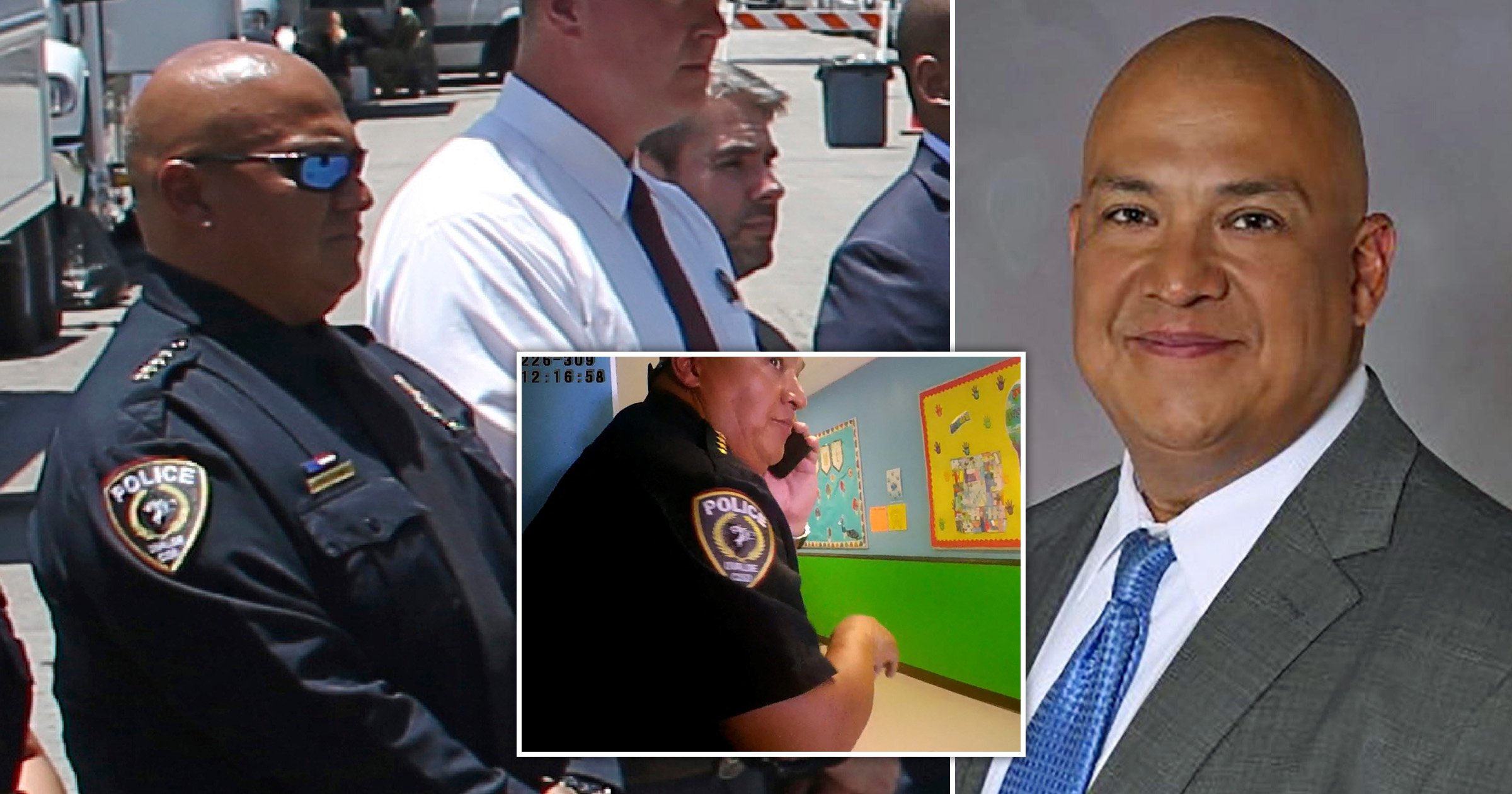 Uvalde school district’s police chief Pete Arredondo was fired Wednesday night over the bungled and hesitant response by law enforcement to the mass shooting that killed 19 children and two teachers.

In an unanimous vote, the Uvalde Consolidated Independent School District Board of Trustees fired Arredondo, exactly three months after the deadly May 24 shooting at Robb Elementary School.

Family members of victims attending the meeting burst into applause as the board came to its decision.

Arredondo has faced the most intense scrutiny following the shooting, namely for allowing the nearly 400 officers who rushed to the school to wait 70 minutes before killing the 18-year-old gunman.

Just before the school board meeting began, Arredondo’s attorney released a 17-page statement, arguing all of Arredondo’s actions on May 24 following the school’s active shooter training. Arredondo was not present during the meeting.

The statement claims that Arredondo warned the school district about security issues a year before the shooting took place. It also reasserted his claims that he did not consider himself to be the officer in charge on the scene of the shooting.

‘Any allegation of lack of leadership is wholly misplaced,’ his attorney’s statement said.

‘The complaint that an officer should have rushed the door, believed to be locked, to open it up without a shield capable of stopping an AR-15 bullet, without breaching tools … is tantamount to suicide.’

Families of victims and other residents have been advocating for Arredondo’s termination since the May 24 shooting. Calls for his firing only increased following a state report that investigated the shooting and the response from law enforcement.

While the report concluded there was no one person to blame beyond the gunman, it found numerous agencies contributed to the horribly botched reaction.

‘There is no one to whom we can attribute malice or ill motives. Instead, we found systemic failures and egregiously poor decision making’ contributed to the gunman’s ability to carry out the massacre, the report said.

His firing comes after a massive $27,000,000 lawsuit was announced on behalf of the victims and survivors earlier this week.

The class action lawsuit is taking aim at several law enforcement agencies, the Uvalde Consolidated Independent School District and the manufacturer of the gun used in the massacre.

Currently the lawsuit covers nine families of shooting victims, but more people who were impacted are expected to sign on.

Students in Uvalde will be returning to class on September 6, but not at Robb Elementary, where the massacre took place. Instead, they will attend class in temporary classrooms elsewhere, virtually or at another school.

Visitors have scary close encounter with bear on bridge in Jasper