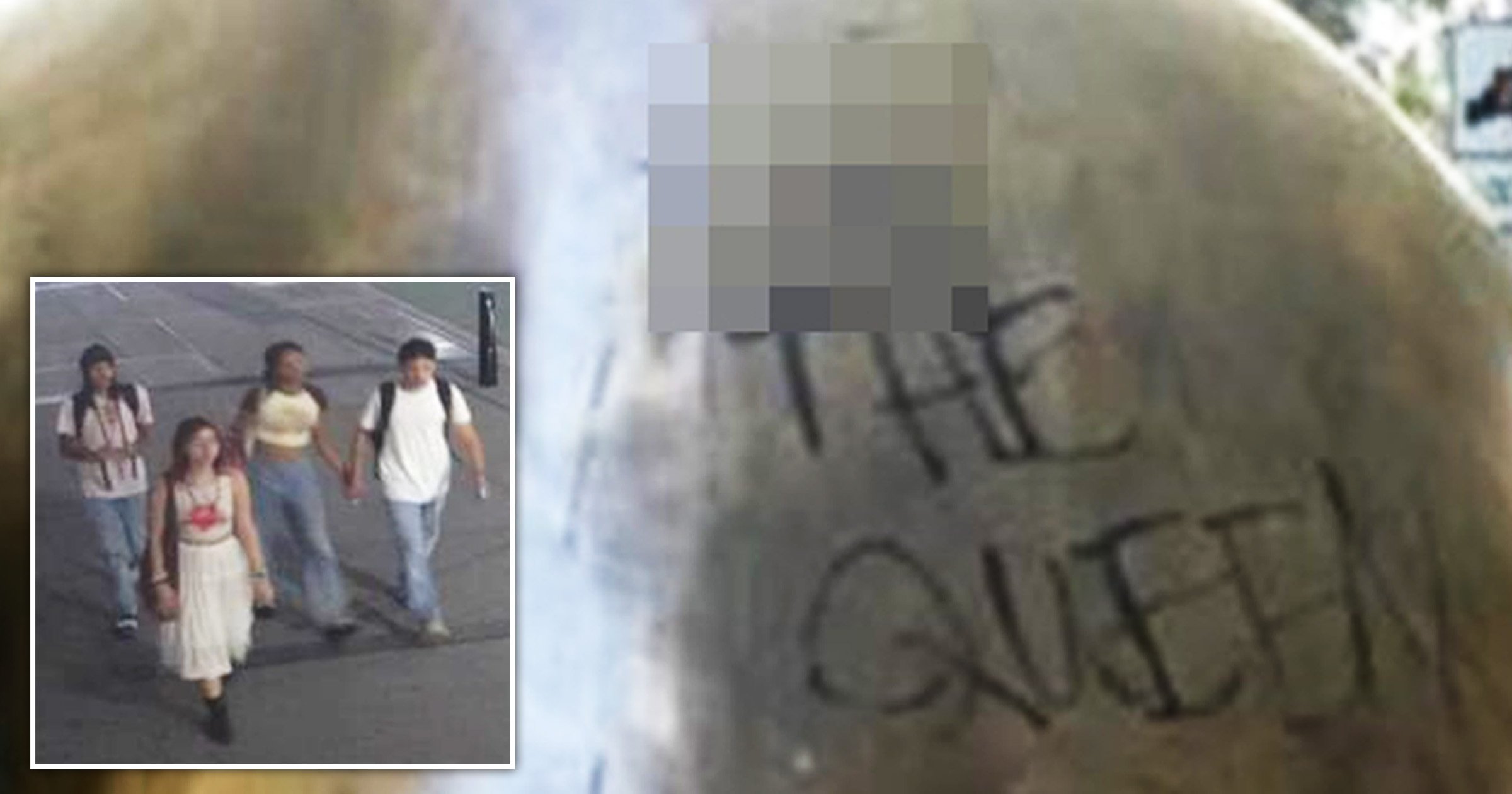 New York City police are searching for four vandals who brazenly scrawled the words ‘F**k the Queen’ on the Wall Street’s Charging Bull statue the day after Her Majesty died.

The offensive message was written on the famous sculpture located in Manhattan’s Financial District on September 9 — just a day after Queen Elizabeth II died at age 96.

The vandals — who appear to be two young men and two young women — used a ‘paint marker type instrument’ to deface the iconic bronze statue, the NYPD said.

The obscene words were etched across the Charging Bull’s forehead, police said. The graffiti has since been removed.

Police shared surveillance footage taken from the area around 2.30 that morning showing the suspects strolling through the area. In the footage, two members of the group are holding hands as they walk by.

Graffiti is considered a Class A misdemeanor in New York, and punishable by up to a year in jail.

The Charging Bull, also referred to as the Bull of Wall Street or the Bowling Green Bull, has been a symbol of aggressive financial optimism since it was installed in 1989.

The famed bull has been vandalized on several occasions, including in 2018 when over 130 sex toys were stuck to the bull in protest against Russian President Vladimir Putin.

The sex toy protest was supposed to be commentary on how Putin seemed to have been in control of the US.

More recently in October of last year the bull gained some company on Wall Street. A statue of Harambe, the famed gorilla that carried a child who climbed into its enclosure and was later shot, was set across from the Charging Bull along with 10,000 bananas.

Those who placed the Harambe statue in that location said it was intentional, claiming that Wall Street had ‘gone bananas.’

US appeals court sides with Trump in lawsuit involving hotel