Home » Americas » Variants and Vaccinations: The State of the Virus in N.Y.C.

Weather: A lovely day — mostly sunny and less humid, with a high in the low 80s. 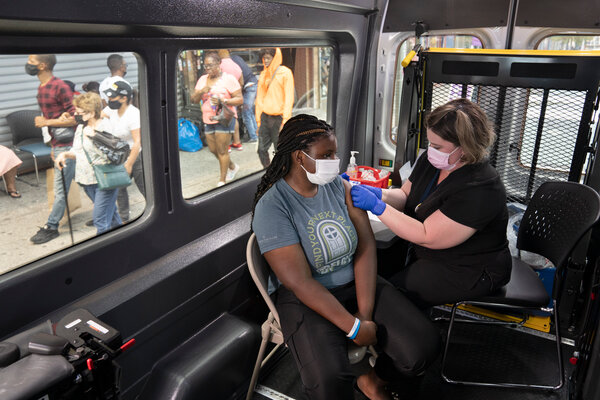 As New York City roared back to life when the summer began, masks fell off and a more typical pace of life returned. But for some, the threat of the virus still represented a lingering anxiety.

Those concerns have grown as the highly infectious Delta variant has driven up the city’s daily coronavirus case counts to their highest totals since mid-May.

With the city’s vaccination campaign struggling, some epidemiologists are worried that officials are moving too slowly.

[Here’s our full explainer on the state of the virus and the city’s response.]

Even as cases in New York have increased, hospitalizations and deaths — metrics that health experts are closely monitoring — have not similarly risen.

A study this week suggested that the single-shot Johnson & Johnson vaccine may be much less effective against the Delta variant than against the original virus and that those inoculated with it may need a second dose.

[Read more about the study’s findings and what else we know about the variant.]

The gaps in vaccination

About 58 percent of all New Yorkers have received at least one dose of a vaccine, city data shows.