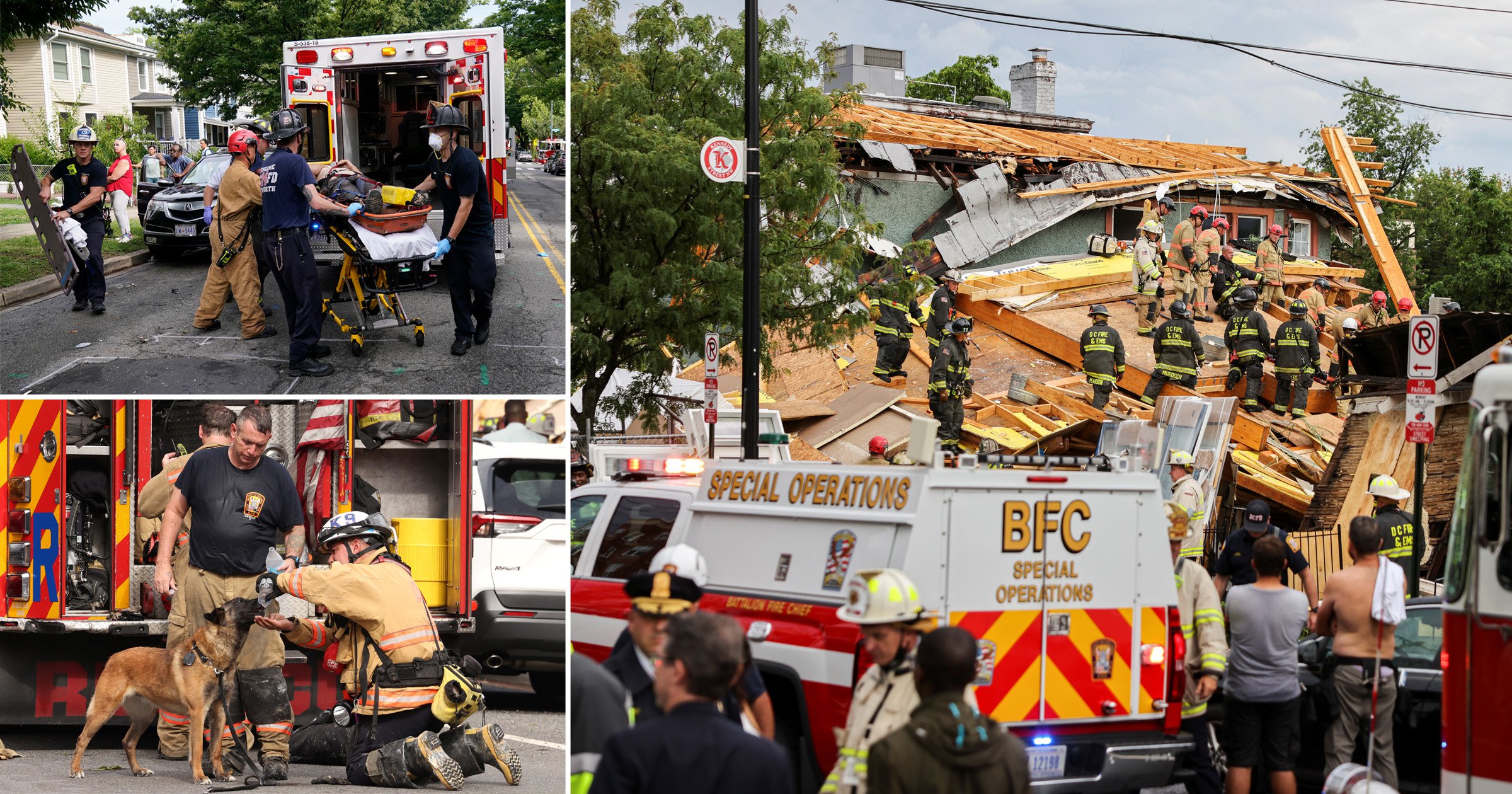 A five-story building under construction in Washington, DC, collapsed amid a storm, trapping one person and injuring several others.

The building, which was under construction, fell on Thursday afternoon, a week after a 12-story condo in the Miami area partially collapsed and left more than 150 people dead or unaccounted for.

First responders arrived at the 900 block of Kennedy Street NW around 3.30pm. Firefighters sawed through layers of debris for more than an hour to free a construction worker who was trapped underneath for more than an hour. A DC Fire and EMS special operations team talked the man through the rescue effort, Fire Chief John Donnelly said, according to News4.

The trapped man cried ‘ow, ow’, as firefighters pulled him out of the rubble onto a sled and into an ambulance, according to News4’s Shomari Stone.

Donnelly said the man was lucky to survive.

‘We’ve seen these before where the people didn’t (survive) so he was definitely blessed today,’ Donnelly said.

Four other people were rescued from the doomed building more quickly and taken to nearby hospitals with non-life-threatening injuries.

The building crumbled as Washington, DC, was under a flash flood and severe thunderstorm warning.

It was not immediately known what caused the building to fail.

According to online records, the structure was being constructed into a condo building named ‘The Ralph’.

The building in the nation’s capital crumbled as President Joe Biden and First Lady Jill Biden visited the site of the 12-story Champlain Towers South partial collapse and met with some of the families of the 18 people confirmed dead and 147 still missing. Authorities are still investigating what caused the building in Surfside, Florida, to fall.

Is N.Y.C. Ready for the Next Sandy?

Preserving ‘a piece of Edmonton’s history’: Construction begins on renovation and expansion of Highlands School