Home » Americas » What to Know About the Colorado Grocery Store Shooting

Ten people were killed in the attack at a supermarket in Boulder, Colo., including a police officer, the authorities said. 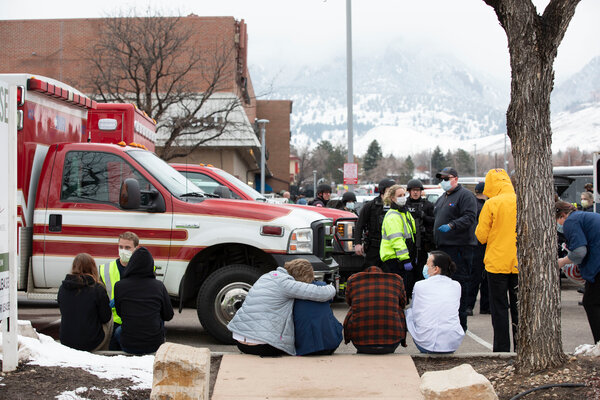 Ten people, including a police officer, were killed when a gunman opened fire at a grocery store in Boulder, Colo., on Monday afternoon, the authorities said.

A suspect was arrested after being injured during the shooting, according to the city’s police chief. Officials did not say what had prompted the attack.

The rampage paralyzed parts of Boulder, with law enforcement officers in tactical gear swarming a busy shopping center and at least one other location.

Here is what we know about the rampage.

Around 2:30 p.m., the aisles of a King Soopers grocery store a few miles south of the campus of the University of Colorado became a scene of terror when a gunman began shooting. Shoppers and employees ran for cover, and some said they had escaped through an employee stock area and a loading dock at the back of the store.

Ryan Borowski, a licensed massage therapist who lives on the other side of Boulder, said in an interview that he had stopped to buy a soda, chips and possibly ice cream at the supermarket when the shooting began.

“I just second-thought it and said, ‘No, I don’t need ice cream,’” he said. “That’s when I heard the gunshots.”