Home » Americas » What we know about Medaria Arradondo, the Minneapolis police chief. 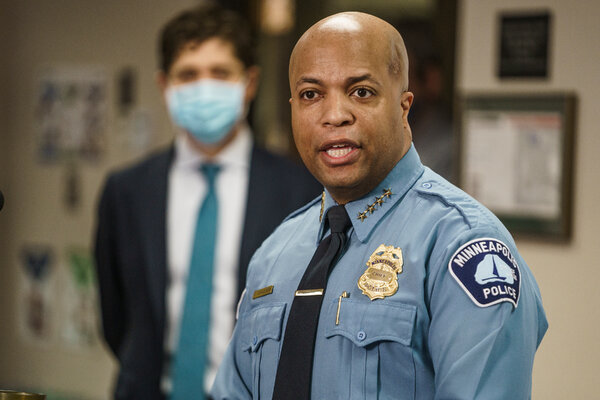 The prosecution called Medaria Arradondo, the Minneapolis Police Chief, to testify on Monday. He was expected to testify that Derek Chauvin’s use of force was contrary to department policy and training.

Less than a day after George Floyd’s death, Mr. Arradondo fired Mr. Chauvin and three other officers who were present at the scene and called for an F.B.I. investigation into the incident. He openly condemned Mr. Chauvin’s actions and called Mr. Floyd’s death a “murder.”

Mr. Arradondo joined the Minneapolis Police Department in 1989 as a patrol officer and was appointed chief of police in 2017 after his predecessor was forced out in the wake of a controversial killing of a woman by a police officer that year. He is the first African-American to hold the position.

Earlier in his career, Mr. Arradondo sued his own department, accusing the leadership of tolerating racism.

Mr. Floyd’s killing fueled calls for police reform and a pledge by a majority of the City Council to dismantle the department, and since then Chief Arradondo has worked with Mayor Jacob Frey to pass several reforms, including a revamped use-of-force policy.

Chief Arradondo testified in the trial of Mohamed Noor, the officer who was convicted of murder after he fatally shot Justine Ruszczyk in 2017, MPR News reported. At the time of Ms. Ruszczyk’s death, Chief Arradondo was the assistant chief.

After Ms. Ruszczyk was killed, several changes were implemented in the department, including a requirement that Minneapolis police officers turn on their body cameras as soon as they start responding to 911 calls.

Many Minnesotans have said they have confidence in Chief Arradondo, saying he has shown an appetite for change that past police leaders have not.