Home » Americas » What we know about use of force and policing. 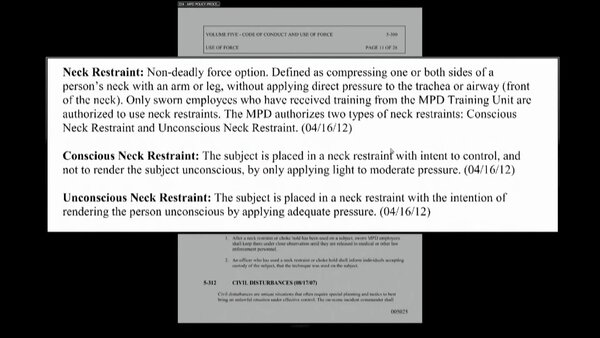 Even as several members of the Minneapolis Police Department have criticized Derek Chauvin’s use of force against George Floyd, they have acknowledged that using force is a necessary part of policing. And data shows that reports of force are extremely rare, although the outcome can sometimes be significant.

Since 2018, there have been 14 reported incidents of officers using neck restraints in which the person it was used on went unconscious, according to department data. The most recent incident was in February 2020 in which a 20-year-old Black male was restrained during a traffic stop for “verbal noncompliance,” the data said. Since 2012, there have been 310 instances in which neck restraints were used and the subject did not lose consciousness.

A central question for jurors in this trial will be whether or not it was appropriate for Mr. Chauvin to kneel on Mr. Floyd’s neck for more than nine minutes. Johnny Mercil, a Minneapolis police lieutenant who provided use-of-force training to Mr. Chauvin, testified that officers were trained to “use the lowest level of force possible in order to meet those objectives.”

In many ways, this phase of the trial is putting police tactics on trial. Minneapolis residents, particularly African-Americans, have been highly critical of the police department, which they say has brutalized their communities. Since 2015, the police department has used force against Black residents at seven times the rate that it did against white residents, according to a New York Times analysis of police data last year.

About 20 percent of Minneapolis’s 430,000 residents are Black, but nearly 62 percent of the time that officers used force, it was against Black residents, according to the data.

Police officials argue that although the use of force may get a lot of attention, it is exceedingly rare. The data shows that there have been 4.3 million calls for service since 2008, but force was reported in just 13,472 of those instances, or just .31 percent of the time.

For residents who live in heavily policed areas, however, constant harassment by the police, even when forced is not used, has left a bad impression. And shocking cases like Mr. Floyd’s can tend to overshadow the fact that force might be rarely used.

Coronavirus: Ontario extends all emergency orders until May 19

US boy fatally shoots self at his third birthday party