Home » Americas » What we’ve learned so far from the opening statements. 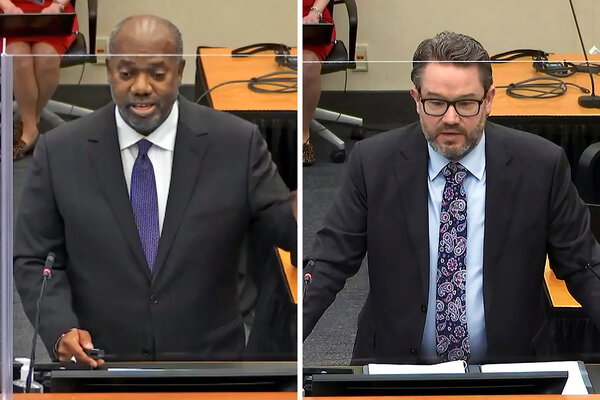 Before prosecutors called their first witness, lawyers for both sides made opening statements to jurors in the trial of Derek Chauvin, the former Minneapolis police officer charged with murder in George Floyd’s death. Here’s what happened.

Jerry W. Blackwell, one of the prosecutors, played the lengthy bystander video of Mr. Chauvin kneeling on Mr. Floyd’s neck, noting repeatedly that Mr. Chauvin did not “let up” or “get up” for about nine minutes and 30 seconds. He began to indicate to jurors that, in the prosecutors’ view, Mr. Chauvin used more force than was reasonable, given that Mr. Floyd was handcuffed and on the ground. Mr. Blackwell said to jurors, “You can believe your eyes, that it’s homicide — it’s murder.”

On the other hand, Mr. Chauvin’s lawyer Eric J. Nelson noted that there were more than 50,000 pieces of evidence in the case and said there was much more to what happened than the length of time that Mr. Chauvin had knelt on Mr. Floyd’s neck. Mr. Nelson argued that Mr. Floyd’s death was caused by his underlying heart disease, use of fentanyl and “the adrenaline flowing through his body.”

He also began to lay the groundwork for an argument that Mr. Chauvin’s force had been within the bounds of his training and that Mr. Floyd had resisted, saying that “this was not an easy struggle.”

Now that opening arguments have concluded, prosecutors will next call the first witness to the stand: a 911 operator for the City of Minneapolis.