Home » Americas » When the Gunman’s Motive Remains a Mystery: Does It Matter?

Two months after 10 people were killed in a mass shooting at a King Soopers in Boulder, Colo., investigators have still not said why the gunman chose that particular supermarket — or why he turned violent in the first place.

A similar mystery surrounds the killing of eight people at a FedEx warehouse in Indianapolis. Was the gunman angry because he had been fired? Was he targeting Sikhs, who made up half of his victims?

And in San Jose, Calif., the site of the latest mass shooting to grip America, investigators are still sifting through evidence to determine exactly why a longtime transit agency employee turned on his colleagues, killing nine of them. “We are not trained to analyze co-workers,” a local union leader said, adding, “We will never know.”

In all three instances, the identity of the perpetrators is not in question. And yet the cases still in some way feel unsolved because the motive remains unclear.

Every time there is a mass shooting and a gunman is identified, the biggest question is what drove him to violence. Law enforcement officials may deploy hundreds of investigators, thousands of hours and hundreds of thousands of dollars trying to understand the why.

But some criminal profilers have begun to discuss the limitations of fixating on motive, questioning how much value there is in constructing a story with a definitive arc, and whether perpetrators are even capable of explaining themselves.

“I’m one of these weird creatures that is doing research on motive, studying it and then saying that there is no such thing,” said Shuki Cohen, a psychologist and terrorism researcher at the John Jay College of Criminal Justice in New York. “It’s central to our meaning-making, but it’s inaccessible to us.” 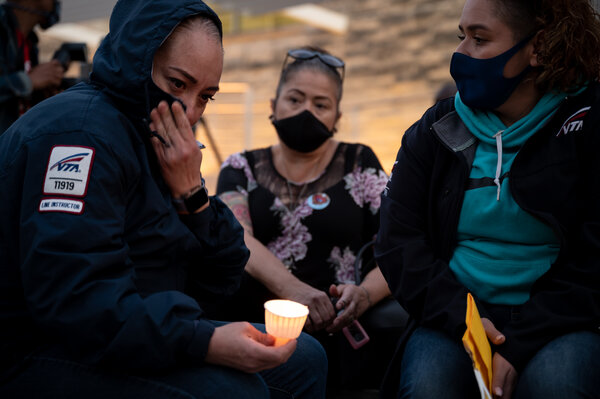 The question of motive became particularly thorny in March when eight people were killed at three spas in the Atlanta area. Seven were women and six were of Asian descent, and news coverage placed the killings in the context of a wave of anti-Asian violence that was provoked by leaders who exploited the Covid-19 pandemic’s Chinese origin.

But some conservative commentators complained that framing the shooting as racially motivated needlessly stoked Asian Americans’ fears of being targeted, insisting that the suspect’s account — that he had been trying to remove sexual temptation at spas where he had been a customer — was the best available reflection of his intent.

Legally speaking, motive is irrelevant in most criminal cases except inasmuch as it helps persuade the jury. Conviction and punishment usually depend only on proving whether the person committed the crime, regardless of his or her reasons.

But society has responded differently when victims appear to be targeted based on their membership in a particular group, creating a class of crimes in which motive is of utmost importance — hate crimes. The clamor for some killings to be classified as hate crimes has forced prosecutors to try not only to understand motive, but to prove it.

Sometimes there is broad consensus about the motive. Last year federal hate crimes charges were filed against the suspect in the 2019 El Paso shooting in which 23 people were killed. Minutes before the attack, he posted a manifesto online railing against Hispanic immigrants.

In Atlanta, the prosecutor will use the state’s new hate crime statute, making the case that the suspect was both anti-Asian and anti-woman. But in a neighboring, more conservative county, where four of the killings took place, prosecutors have not yet decided whether they will classify any as hate crimes.

The debate over the Atlanta suspect’s motive echoed an earlier one after a school shooting in Stockton, Calif., in 1989, where five children from Southeast Asian refugee families were killed. The police repeatedly dismissed suggestions that the gunman, who killed himself at the scene, had targeted Asians. He had displayed “a distinct dislike for everybody — not a particular race, all of them,” a captain said.

A group of Asian American and Pacific Islanders who had been trying to draw attention to anti-Asian bias crimes objected. They were vindicated by the state attorney general, who, after a 10-month investigation, said the shooting had resulted from the gunman’s “festering sense of racial resentment and hatred.”

The state investigators’ conclusions were not drastically different from those of the local police. “He blamed all minorities for his failings,” they wrote of the gunman, “and selected Southeast Asians because they were the ones with whom he was most in contact.” The difference was in the framing: No, the report assured Asian Americans, the racial animus was not all in your head.

A motive may help make sense out of the senseless, but ultimately it is only a theory, and one that is impossible to test, Dr. Cohen said.

In the case of Stephen Paddock, who committed the country’s deadliest mass shooting on record, the F.B.I.’s famed Behavioral Analysis Unit convened a panel of experts who spent a year reviewing every available scrap of Mr. Paddock’s “developmental, interpersonal and clinical history” to determine what led him to kill 60 people on the Las Vegas Strip in 2017.

The report cited many factors, including the stressors of aging and Mr. Paddock’s father’s status as a prominent criminal, but noted that “active shooters rarely have a singular motive or reason for engaging in a mass homicide.”

The public viewed this complexity as failure: “F.B.I. Finds No Motive,” the headlines said.

Investigators said Mr. Paddock had gone to great lengths to keep his private thoughts private. Yet even if he had left behind a long manifesto, experts say, it might not have given them more to go on — killers are no more likely than anyone else to be reliable narrators. The clues they plant often involve a cut-and-paste “salad bar” of ideas rather than a coherent worldview. An F.B.I. report on the bomber who targeted Nashville in December cited “individualized beliefs adopted from several eccentric conspiracy theories.”

Understanding people’s motives may be useful for developing countermessaging, Dr. Cohen said, but it has little value in predicting who will commit future harm. Though many mass shooters have bought into extremist views including radical Islam, misogyny and white supremacy, a vast majority of participants in any given chat room devoted to those beliefs are not plotting mass murder.

(By the same token, a vast majority of people with mental illnesses are not violent, and research suggests that most perpetrators of mass shootings had never been diagnosed with a mental disorder.)

A 2018 F.B.I. report analyzing 63 mass shootings barely mentions the word motive, instead focusing on what experts call pathways to violence. The report describes stress factors and “pre-attack behaviors,” like signaling an intent to harm or displaying an unusual interest in guns. The gunmen in the study exhibited, on average, between four and five such behaviors.

“We have a thing called narrative bias where people like to construct a story that they understand, that’s fairly simple and straightforward and they can apply retrospectively,” said J. Reid Meloy, a forensic psychologist and F.B.I. consultant. “Narrative bias can get in the way of us looking at all the possible motivations or contributions to the risk.”

Decades of data show that most lone actor killers are not motivated by pure ideology, but are nurturing a personal grievance — usually a loss, as of a partner or a job, that is accompanied by anger, humiliation and blame of a particular group, Dr. Meloy said. Of those people with grievances, Dr. Meloy said, only a small subset views violence as a solution, and an even smaller subset has the wherewithal to carry it out.

When presented with the detritus of a killer’s mind, the strands society chooses to extract can tell us less about the perpetrator than they do about ourselves. The fondness of Timothy McVeigh, who bombed a federal building in Oklahoma City in 1995, for “The Turner Diaries,” a book describing a government overthrow and a race war, was initially understood as evidence of his antigovernment views. More recent accounts have used it to underscore his ties to white supremacy.

After the Atlanta spa killings, the criticism from conservatives was reminiscent of yet another controversy, over the massacre of 49 people at a gay nightclub in Orlando, Fla., in 2016. The slaughter prompted a global outcry against homophobia, and an outpouring of empathy for gay Latino men in particular, but it soon emerged that the gunman had called 911 during the attack and told a dispatcher he was a follower of the Islamic State.

Some people argued that even so, it was impossible to ignore the identity of the victims. “Those who insist the shooting was solely an Islamic terror attack try to erase the L.G.B.T. community from the narrative, causing only more pain by invalidating their experiences in this ordeal,” wrote an editor at USA Today.

In the end, the evidence strongly suggested that the gunman had not intended to target L.G.B.T.Q. people, and the shooting was investigated as a terrorism case, an F.B.I. spokeswoman in Tampa, Fla., said.

In Georgia, the Atlanta shootings could soon serve as a test of what kind of evidence might persuade jurors that a hate crime was committed, and how credible they will find the defendant’s own explanations of his actions.

The state did not have a hate crime statute until last year, when legislators passed one after the killing of Ahmaud Arbery. It has been invoked for the first time in the Atlanta shootings.

The bias charges will have no practical effect on any sentence for the suspect, since he would already face a severe one if convicted. But Fani Willis, the Fulton County district attorney, said they still send an important message to her constituents: “We have to make sure that all people are treated the same and all people are acknowledged as having value.”

She expressed confidence that she could prove racial animus even if the suspect denied it. “If we just relied on what defendants said, we wouldn’t convict anyone,” she said.

Dominique Anglade ‘could be interested’ in running for Quebec Liberal leadership