Voters of color make up an increasing percentage of the United States electorate, but that trend isn’t hurting Republicans as much as conservatives fear. 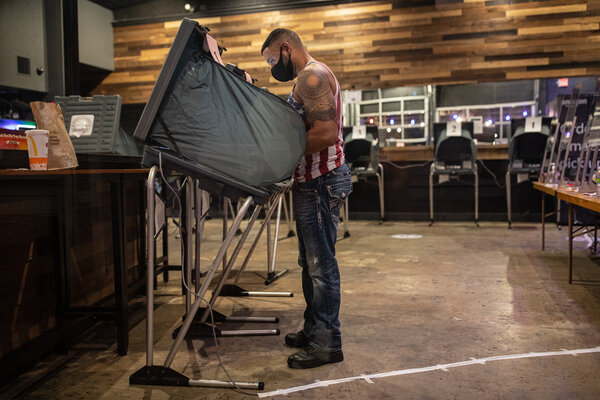 The Census Bureau released two important sets of data last week that have big implications for American politics — and that challenge some prevailing assumptions for both Democrats and Republicans.

The first set of data lays out long-term demographic trends widely thought to favor Democrats: Hispanics, Asian-Americans and multiracial voters grew as a share of the electorate over the last two presidential races, and white voters — who historically tend to back the G.O.P. — fell to 71 percent in 2020 from 73 percent in 2016.

The other data set tells a second story. Population growth continues to accelerate in the South and the West, so much so that some Republican-leaning states in those regions are gaining more Electoral College votes. The states won by President Biden will be worth 303 electoral votes, down from 306 electoral votes in 2020. The Democratic disadvantage in the Electoral College just got worse again.

These demographic and population shifts are powerfully clarifying about electoral politics in America: The increasing racial diversity among voters isn’t doing quite as much to help Democrats as liberals hope, or to hurt Republicans as much as conservatives fear.

The expanding Democratic disadvantage in the Electoral College underscores how the growing diversity of the nation may not aid Democrats enough to win in places they most need help. Just as often, population growth is concentrated in red states — like Texas and Florida — where the Democrats don’t win nonwhite voters by the overwhelming margins necessary to overcome the state’s Republican advantage.

As for the Republicans, the widely held assumption that the party will struggle as white voters decline as a percentage of the electorate may be more myth than reality. Contrary to what Tucker Carlson says repeatedly on Fox News about the rise of “white replacement theory” as a Democratic electoral strategy, the country’s growing racial diversity has not drastically upended the party’s chances. Instead, Republicans face a challenge they often take for granted: white voters.

Mother, 42, says faulty breast implants made her feel exhausted and 80