Home » Americas » Winners and losers from the Manafort plea deal 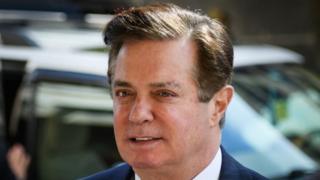 Two years after being forced from his position as chair of Donald Trump’s presidential campaign, 10 months removed from his indictment on multiple counts of unregistered foreign lobbying and financial fraud, and just days before his second trial was set to begin, Paul Manafort has thrown in the towel.

The long-time Washington power player’s fight against the special counsel investigation is over not with a bang, but with a plea deal. In exchange for prosecutors dropping five of the seven remaining charges against him and agreement not to retry portions of his previous case, Manafort agreed to “co-operate fully and truthfully” with their future efforts.

According to the presiding judge, such co-operation includes sitting for interviews and briefings with Robert Mueller’s team, handing over any relevant documents, and testifying before any future grand juries or, if necessary, criminal trials.

Even though the Manafort case was tangential to the central thrust of Mr Mueller’s inquiry – relating to his work as a lobbyist, and not possible ties between the Russian government and the Trump campaign – this still marks a significant development in the special counsel’s investigation.

Here’s how it all shakes out.

A good day for Robert Mueller

Another case, another win for the special counsel team. Mr Mueller has filed a total of 187 criminal charges and succeeded in obtaining plea deals from Manafort, National Security Advisor Michael Flynn, Manafort deputy Rick Gates and former campaign adviser George Papadopolous, as well as two others without direct ties to Donald Trump.

He’s also indicted former Manafort business associate Konstantin Kilimnik, currently believed to be in Russia, for obstruction of justice and 25 Russian nationals and three Russian companies for interfering in the US 2016 presidential election.

Mr Mueller’s office is notoriously tight lipped, speaking only through its court actions – but those actions have said plenty recently.

There was some concern about the risk Mr Mueller’s investigation faced going into the Manafort trials. It was the first time his lawyers had to present evidence in a courtroom and convince a jury of their case.

A defeat would be more than an embarrassment, it would open the door for the president and his supporters to call into question the value of the entire inquiry. Instead, Mr Mueller came out with a conviction on eight of 18 counts in Virginia last month, then sealed the deal with the plea agreement on Friday.

Now the special counsel’s office can refocus on the central portion of its investigation – whether there was any co-ordination between the Russian government and the Trump team in 2016. To that end, his plea deal with Manafort could potentially lead to valuable insight into the inner workings of the Trump campaign.

A bad day for Donald Trump

Just over three weeks ago, the president was praising his former campaign chief as a “brave man” who, in contrast to his personal lawyer Michael Cohen, “refused to break and make up stories in order to get a deal.

Mr Trump went so far as to suggest in a television interview that plea deals with prosecutors “should almost be illegal”.

Now Manafort is taking exactly such a deal.

For a while it looked like Manafort was going to play the good soldier. Despite word that his lawyers were negotiating with the special counsel’s office, there was no indication that any kind of co-operative agreement was on the table.

Even though Manafort and the Trump legal team were operating under a joint defence agreement, in which they would share relevant information, it appears the details of the deal caught Mr Trump’s side flat-footed. 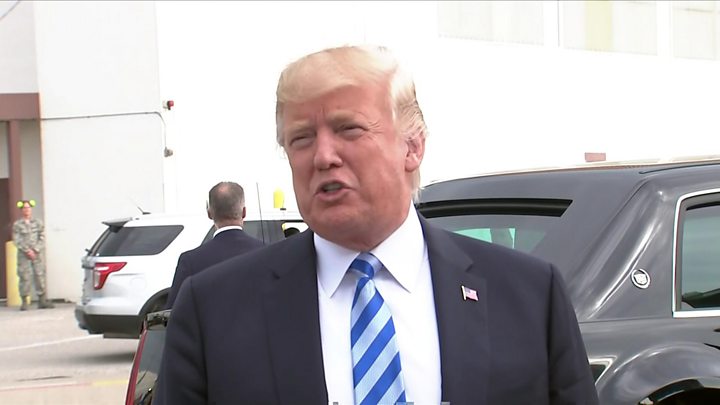 Rudy Giuliani, Mr Trump’s personal lawyer, originally issued a statement that read: “Once again, an investigation has concluded with a plea having nothing to do with President Trump or the Trump campaign.”

“The reason: the president did nothing wrong and Paul Manafort will tell the truth.”

In a later version of the statement, the last line about Manafort telling the truth was removed – perhaps an acknowledgement that at some point Mr Trump’s side may have to call into question the former top campaign aide’s veracity.

The scope of co-operative plea deals is usually vague, and this one is no different. At the moment, there’s no indication of what information Manafort might share with the special counsel’s office. It could be directly related to the Trump campaign or merely tangential. There are, however, obvious questions that come to mind – and they point to the heart of the Trump operation.

For instance, Manafort was in the June 2016 Trump Tower meeting with Donald Trump Jr, Jared Kushner and Russian nationals that was originally presented to Mr Trump’s elder son as a chance to obtain damaging information from Russia on Democratic candidate Hillary Clinton.

Manafort took cryptic notes about that meeting, including worlds like “Illici” and phrases like “Offshore – Cyprus” and “Active sponsors of RNC”. A fully co-operative Manafort can end the mystery.

A necessary day for Paul Manafort

Manafort was going to prison one way or another. His conviction last month in Virginia guaranteed that. Now, by agreeing to the plea, he no longer faces the expense of another trial and the possibility of more prison time. At age 69, anything longer than the 10-year term he negotiated starts looking like a de facto life sentence.

Manafort is still taking a financial hit, forfeiting $45m of criminal assets. The ostrich jacket is gone, as are four of his homes. The once high-flying international political player has been brought crashing down to earth. The ledger is now settled, though, and his loved ones can begin to move on.

“He’s accepted responsibility,” said Manafort defence lawyer Kevin Downing after Thursday’s court appearance. “He wanted to make sure that his family was able to remain safe and live a good life.”

There’s been plenty of speculation that Manafort could be rescued by a presidential pardon. Mr Trump has certainly hinted that it’s a possibility, calling his former campaign aide’s treatment “sad” and the prosecution politically motivated. This plea agreement doesn’t preclude that eventuality, although if Manafort incriminates others in Mr Trump’s circle – or the president himself – a pardon seems unlikely in the extreme.

A pardon, however, has always been an insecure lifeline for Manafort. While the president could free his former aide from federal convictions, the power does not extend to state crimes. Places like Virginia and New York, both of which have Democratic attorneys general, could prosecute Manafort on state tax violations, for instance.

From the inside of a prison, state and federal convictions all look the same.

A plea deal was light at the end of the tunnel for Manafort – and on Friday that was the direction he chose to travel.